Planet interactions are thought to be common as solar systems are first forming and settling down. A new study suggests that these close encounters could have a significant impact on the moons of giant exoplanets — and they may generate a large population of free-floating exomoons. 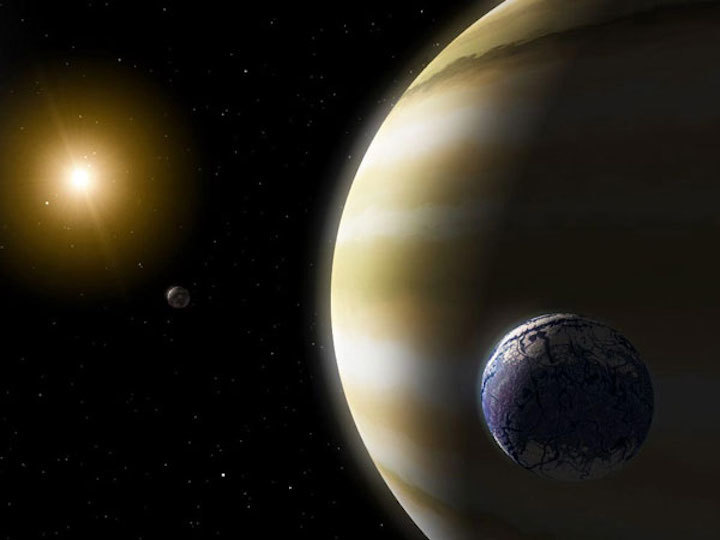 Chaos in the System

In the planet–planet scattering model of solar-system formation, planets are thought to initially form in closely packed systems. Over time, planets in a system perturb each other, eventually entering an instability phase during which their orbits cross and the planets experience close encounters.

During this “scattering” process, any exomoons that are orbiting giant planets can be knocked into unstable orbits directly by close encounters with perturbing planets. Exomoons can also be disturbed if their host planets’ properties or orbits change as a consequence of scattering.

Led by Yu-Cian Hong (Cornell University), a team of scientists has now explored the fate of exomoons in planet–planet scattering situations using a suite of N-body numerical simulations.

Hong and collaborators find that the vast majority — roughly 80 to 90% — of exomoons around giant planets are destabilized during scattering and don’t survive in their original place in the solar system. Fates of these destabilized exomoons include:

Unsurprisingly, exomoons that have close-in orbits and those that orbit larger planets are the most likely to survive close encounters; as an example, exomoons on orbits similar to Jupiter’s Galilean satellites (i.e., orbiting at a distance of less than 4% of their host planet’s Hill radius) have a ~20–40% chance of survival. 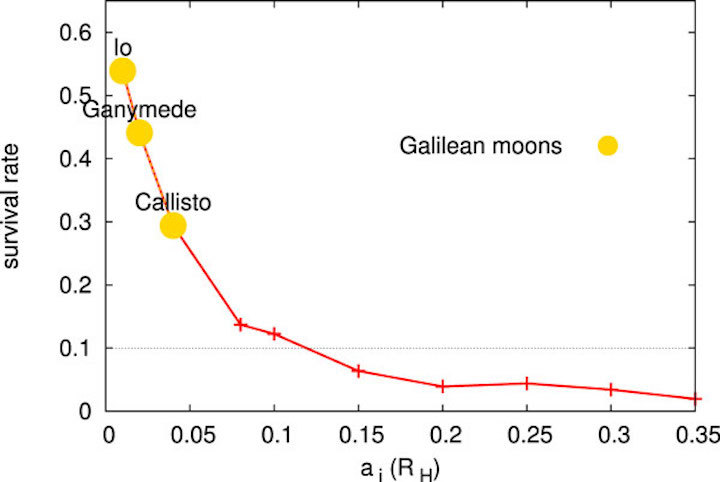