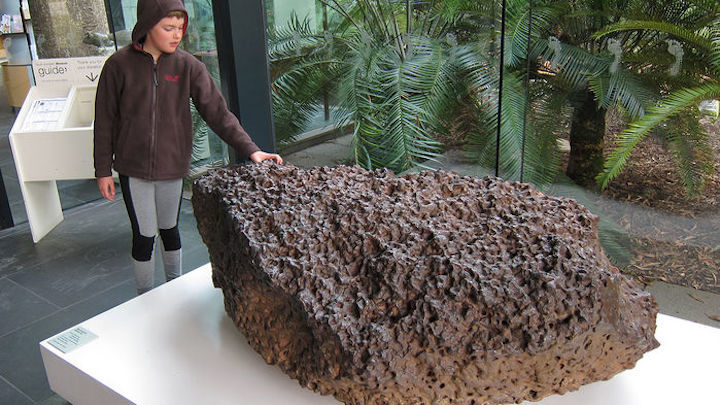 LOS ANGELES—Meteorites sometimes contain naturally occurring superconductors, materials that conduct electricity without any resistance, a team of physicists has found. The result, reported here today at the annual March meeting of the American Physical Society, won’t revolutionize scientists’ understanding of the solar system, but it could raise hopes of finding a material that is a superconductor a room temperature—which could potentially lead to technological breakthroughs such as magnetically levitating trains.

“It sounds like they found something and isolated it,” says Johnpierre Paglione, a condensed matter physicist at the University of Maryland in College Park, whose team has been searching for natural superconductors in terrestrial minerals. “It’s neat.”