Lindley Johnson is NASA’s Planetary Defense Officer and in many ways, the fate of the Earth rests in his hands. But he’s not stressed about it. 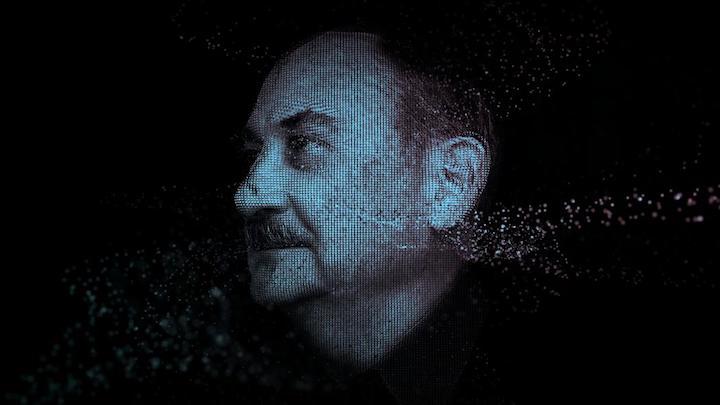 Every day, Earth is pummeled by thousands of pieces of space rock. Most burn up on their descent to Earth, occasionally creating a brilliant cosmic firework display such as the annual Perseids meteor shower, but on rare occasions, a piece of an asteroid will be large enough to survive passage through the atmosphere. Examples include the 2013 meteor that dramatically exploded over the Russian city of Chelyabinsk, or the 1908 Tunguska event that wiped out 800 square miles of Siberian forest.

Although these types of events are exceedingly rare—to say nothing of epoch-defining collisions like the one thought to have wiped out the dinosaurs—NASA wants to make sure we’re ready should astronomers ever discover a killer asteroid on a collision course with Earth.

Enter Lindley Johnson, a former member of the Air Force’s space surveillance team and, for several years, the sole member of NASA’s Near Earth Object Observation program, which is responsible for tracking and cataloging large asteroids in our solar system.

As NASA’s Planetary Defense Officer, Johnson is responsible for the fate of human civilization, at least as far as asteroids are concerned. But Johnson said this large responsibility doesn’t keep him up at night.

“Thankfully a major impact is an extremely rare event, something that happens on the order of several hundred to 1,000 years,” Johnson said. “It doesn't stress me out that much.”

Johnson joined NASA in 2003 after serving 23 years in the Air Force working on space control and surveillance systems. He had gotten his degree in planetary astronomy and was tasked with overseeing the agency’s then-fledgling Near Earth Observation program

In 2014, a damning audit by NASA’s Office of Inspector General found that the agency’s planetary defense operations were woefully understaffed, underfunded, and totally disorganized. The audit recommended a budget and staff increase for the office, which went into effect in 2015.

All of a sudden Johnson saw his budget increase ten-fold from $5 million to around $50 million annually, and his staff grew to 8 people. In 2016, the Near Earth Object Observation program was folded into a newly created Planetary Defense Coordination Office, which is overseen by Johnson.

Johnson was understandably happy with the increased material support from NASA, but he said there’s still room for growth.

“I think we should be spending a little bit more on detection and tracking of these objects,” Johnson said, noting that there are still thousands of large asteroids in our solar system whose locations remain unknown. “It's an area that deserves some attention, but it’s not the highest priority thing that NASA should be doing by any means.”

Tracking down killer asteroids may not be NASA’s biggest priority, but the results of the agency’s investment in planetary defense under Johnson speak for themselves. To date, the observatories under the watch of the Planetary Defense Coordination Office have catalogued over 17,000 asteroids, nearly 8,000 of which are above 100-meters in diameter—the type of asteroids that could destroy entire continents.

Johnson said that the detection of asteroids is without a doubt the most important part of the job. After all, you can’t protect Earth from killer asteroids if you don’t know where they are. To this end, Johnson coordinates data from three observatories (the Catalina Sky Survey, Pan-STARRS, and the space-based NEO-WISE) that are actively tracking and cataloging asteroids in our solar system.

Although Johnson said he has a proposal for this kind of telescope in hand—a project known as NEOCam—finding funding for the orbital telescope has been difficult.

Johnson is also responsible for overseeing deflection efforts. If an asteroid is found to be on a collision course with Earth, NASA has come up with a number of wild ways of deflecting it, ranging from space lasers to nuclear missiles. According to Johnson, most of these technologies are nowhere near ready for deployment. Our best bet, he said, would be a kinetic impact—basically ramming a spacecraft into an asteroid to knock it off course.

In 2020, NASA will launch the Asteroid Impact and Deflection Assessment (AIDA), which will ram a spacecraft into a binary asteroid system called 65803 Didymos. This will be the first real test of a planetary defense apparatus in space. The AIDA mission was meant to be a joint project with the European Space Agency, which intended to launch a secondary craft to study the impact of NASA’s craft on the asteroid. Earlier this year, however, the ESA decided not to fund its half of the mission, but Johnson said NASA’s mission is still on track for launch.

Even with the best planetary defense systems in place, it’s still a gamble. Deflecting an asteroid would require months, if not years, of advance notice in order to mount a successful counter mission. In many cases, observatories aren’t even aware of asteroids passing close to Earth until just days in advance. For this reason, Lindley also oversees emergency preparedness operations so that if an asteroid is ever headed for a populated area, disaster relief agencies can respond effectively.

Late in 2016, NASA and FEMA collaborated on a simulation that involved a major asteroid impact off the coast of Los Angeles. Evacuating a city of 4 million people in a matter of days is no small task, but Lindley told me the exercise went well. He plans to help organize more simulations in the future to ensure that government agencies are prepared to work together in case of an impact.

“As we've increased the awareness of this hazard and informed the leadership that this is an area that our space agency needs to be involved with and improve our capabilities, we've got more and more support for our efforts,” Johnson said. “I think we'll continue to see that in the coming years.”