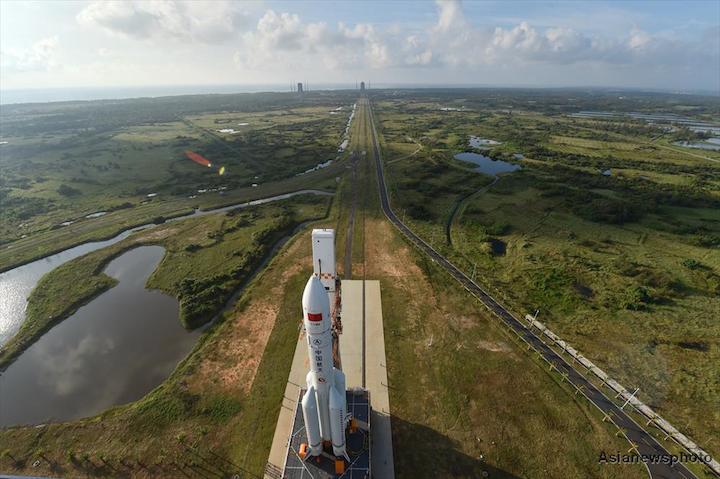 China's plans to get its heavy-lift Long March 5 rocket flying again are taking shape, with a heavy, experimental communications satellite being prepared for launch in 2018.

Yang Baohua, vice president of the China Aerospace Science and Technology Corporation (CASC), announced on Wednesday (Chinese) at an event in Beijing that a large Dongfanghong-5 satellite bus would be launched in 2018.

The first Dongfanghong-5 (DFH-5), designated as Shijian-18, was lost on the second flight of the Long March 5 on July 2, with the rocket and payload failing to reach orbit due to an apparent first stage propulsion issue.

Only the Long March 5, which successfully debuted in November 2016 and is by far China's largest and most powerful launch vehicle, is capable of lifting such a payload to a high orbit.

The 5-metre diameter, 800 tonne Long March 5 greatly boosts China's launch capabilities, more than doubling the payload mass the country can deliver to low Earth and geosynchronous transfer orbits - and beyond.

It will launch major lunar missions, the country's first independent interplanetary mission - to Mars - in 2020, and a variant will be used to construct the Chinese Space Station, launching 20-tonne modules to low Earth orbit.

The Shijian-18 (01) high-throughput telecommunications satellite was around 7 tonnes, making it one of the most massive satellites intended for geosynchronous orbit (around 36,000 km above the Earth) and designed for around 70 Gbps.

Yang, speaking at an aerospace and space law annual conference hosted by the Chinese Society of Astronautics, stated that the new DFH-5-based satellite could carry Q and V-band transponders, and may be capable of downlink data speeds of up to 300 Gbps. This could eventually rise to 1 Tbps for future DFH-5 satellites. 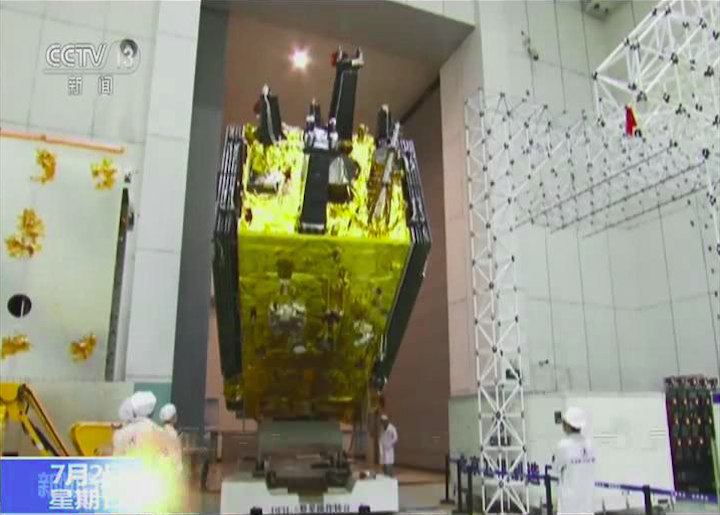 Yang added that across the 13th Five Year Plan period (2016-2020), it is expected that China will come to have 25-27 medium- and large-sized communications satellites operating in geosynchronous orbit, with 4-5 of these to be high-throughput satellites (HTS). 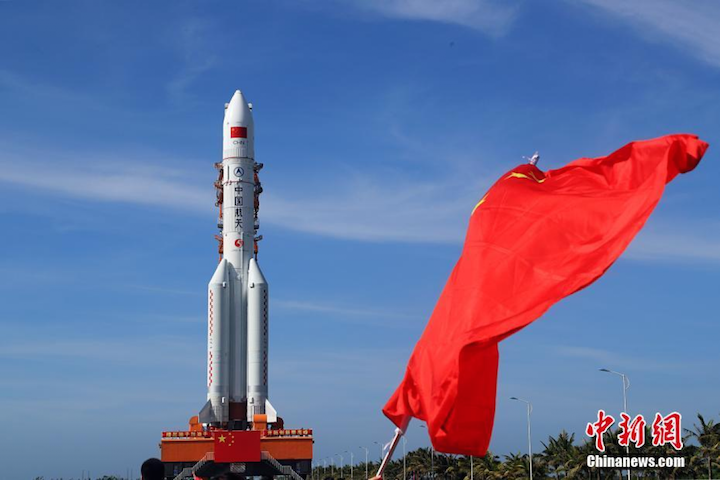 The Long March 5 (Y2) rocket being rolled out at Wenchang Satellite Launch Centre on June 26, 2017. CNS

While no schedule has been announced, it is likely that the statement means an announcement on the reason for the failure of the second Long March 5 and an outline of new plans will be coming in the near future.

It is understood that the issue was a manufacturing defect affecting one of two YF-77 engines powering the first stage. If officially confirmed, this would mean no major effects such as redesign are required, meaning a relatively swift return to flight.

The third Long March 5 launch was originally intended to send the Chang'e-5 sample return spacecraft to the Moon in late November.

The July launch failure meant a postponement of the mission. Its launch would mark the third phase of a lunar exploration programme conceived in the early 1990s and lifted off 10 years ago with Chang'e-1. 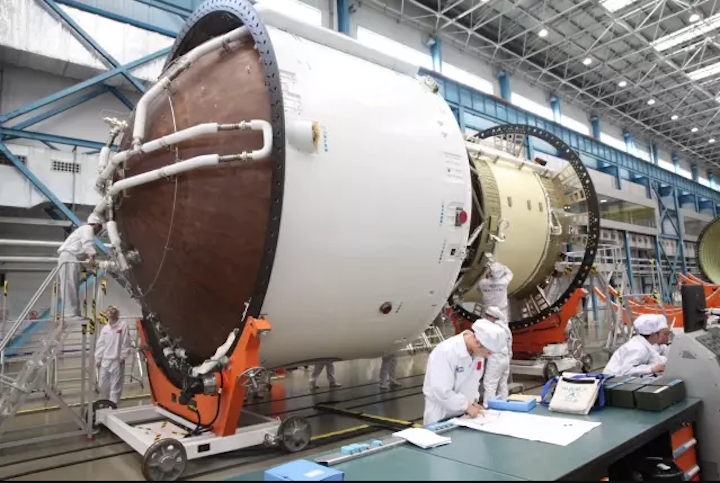