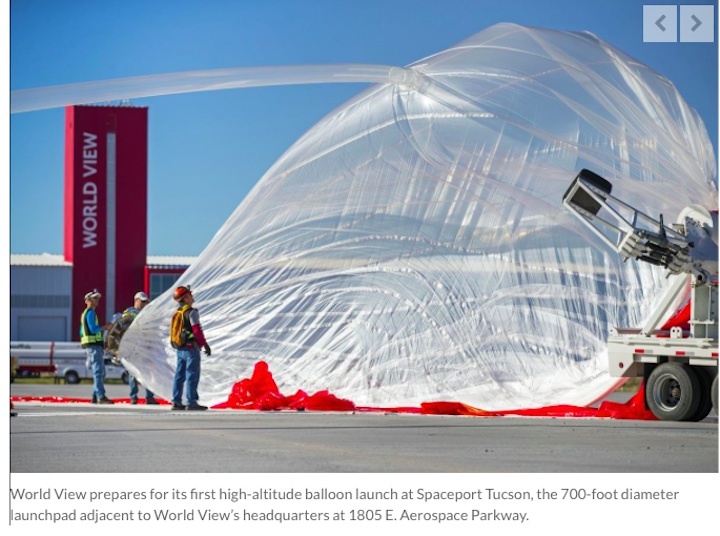 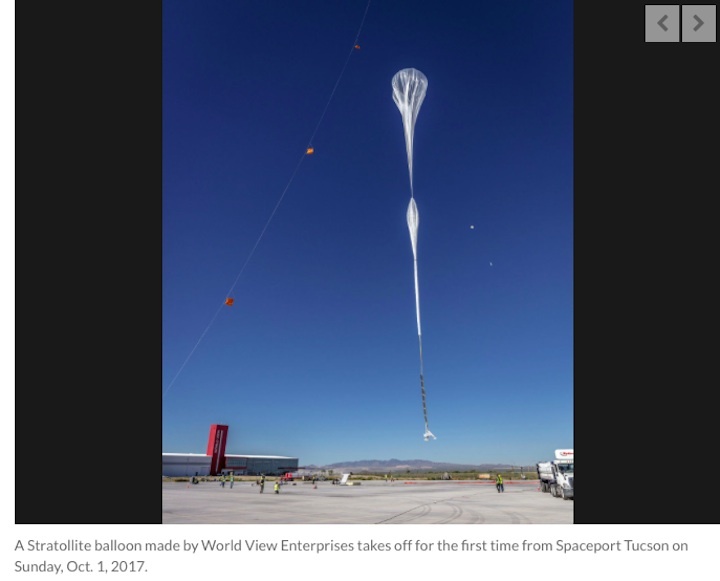 World View Enterprises completed the first launch of one of its stratospheric balloons Sunday morning from the Spaceport Tucson site south of Tucson International Airport.

The successful test flight from the launchpad adjacent to the company's balloon-making operation and headquarters marks the start of operations from the spaceport, said Jane Poynter, World View founder and CEO.

"This milestone launch signals the operational opening of the global hub for commerce and science in the stratosphere," Poynter said in a news release today.

“Spaceport Tucson, the first-ever, purpose-built stratospheric launch facility in the world, is now open for business."

The spaceport features circular pad measuring 700 feet in diameter — about the area of six football fields.

World View is developing its steerable "Stratollite" balloon vehicles to offer missions to the Earth's stratosphere for commercial payloads, and eventually, individual travelers.

Prior test missions have been launched from rural areas including a launch of a chicken sandwich from a site near Page in June, for a promotion with KFC. 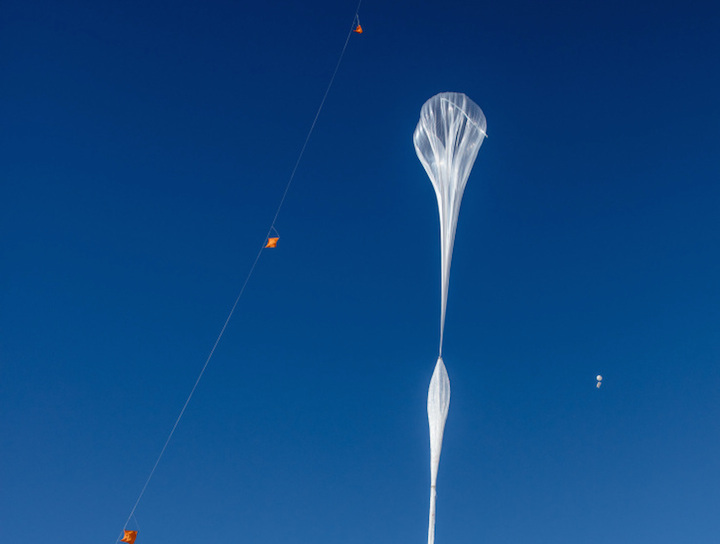 Stratospheric balloon launch startup World View has completed its inaugural launch from its new Tucson, Arizona-based headquarters, the company announced today. The new HQ was officially opened back in February, but since then it’s been preparing the facility for regular launch operations, culminating in today’s debut take-off.

World View is trying to carve out novel territory in commercial space business, by launching super high altitude balloon craft, which can operate at the upper edge of Earth’s atmosphere for scientific, observational and other purposes, while keeping costs well below those of low-Earth orbit satellites. World View’s stratosphere altitude could help with long-term site observation, weather monitoring, and even defence applications.

The inaugural Tuscon launch took place Saturday morning, after a balloon fill test conducted in mid-August. The Tucson HQ features no only launch facilities, but also offices, and one of the longest continuous tables in the world, which the company uses to handcraft its gigantic stratospheric balloons. Eventually, World View wants to be able to send balloons up that can even carry a passenger pod, for stratosphere tourists and science crews.

World View CEO Jane Poynter said that the first launch from Tucson was “another important milestone in our series of Stratollite development and demonstration missions, which are helping us perfect our overall technology and operations as we move closer to a routine long-duration, station-keeping Stratollite platform.”

The company recently celebrated a milestone of a record 27 hour flight for one of its balloons – eventually, it hopes to be able to run commercial operations where balloons remain aloft for months at a time.

The launch marks the activation of the PSaceport which received its FAA certification weeks ago and is managed by World View through a contract with Pima County, the Spaceport's owner.

Today was an exciting one for World View and Pima County with the activation of Spaceport Tucson and the first launch of a World View stratollite from its home base of operations. World View is meeting all of Pima County’s expectations, bringing dozens of new, high-paying jobs to our region and attracting the attention and interest of many, many aerospace companies. I can’t wait to see what the future holds for World View and our Spaceport, said Sharon Bronson, chair of the Pima County Board of Supervisors.

Pima County built Spaceport Tucson in 2016 as part of an economic development plan focused on aerospace and technology. 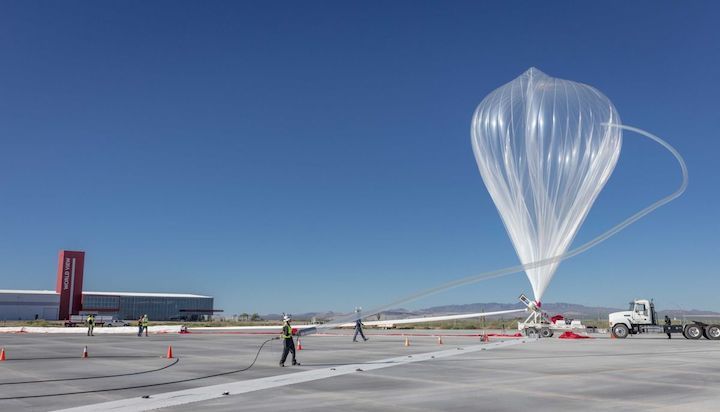 World View’s Stratollite high-altitude balloon is readied for launch from Spaceport Tucson on Oct. 1. The balloon landed successfully near the Grand Canyon.

The five-day flight was the longest yet and met all customer requirements and technical objectives after launching Oct. 1 from Spaceport Tucson, south of Tucson International Airport, the company said.

Among other things, the company’s remotely controlled, unmanned “Stratollite” carried a communications payload for the U.S. Southern Command, a multi-branch military agency that is exploring the use of the balloon vehicle to help combat human and drug trafficking and maritime piracy, World View said.

The company said the balloon vehicle successfully demonstrated both directional steering and its ability to stay stationary. The craft uses proprietary technologies to navigate and can stay over a fixed point on Earth, achieving a form of geostationary orbit at a fraction of the cost of space satellites.

The test also validated all vehicle sub-systems, including using solar power through day and night cycles, and altitude control between 55,000 and 75,000 feet, the company said.

“This is our first successful attempt at testing all of the Stratollite’s integrated critical systems over the course of multiple days, and we are thrilled with how everything worked,” said Jane Poynter, World View founder and CEO.

The test flight was coordinated with the Federal Aviation Administration, which recently awarded the company a launch permit, and local airspace authorities, Antonio said.

The demonstration mission carried multiple payloads, besides the military package including an off-the-shelf, Canon EOS 5DS camera to demonstrate the Stratollite as a viable platform for high-altitude earth observation.

The company’s previous longest flight was 27 hours during a test run in August.