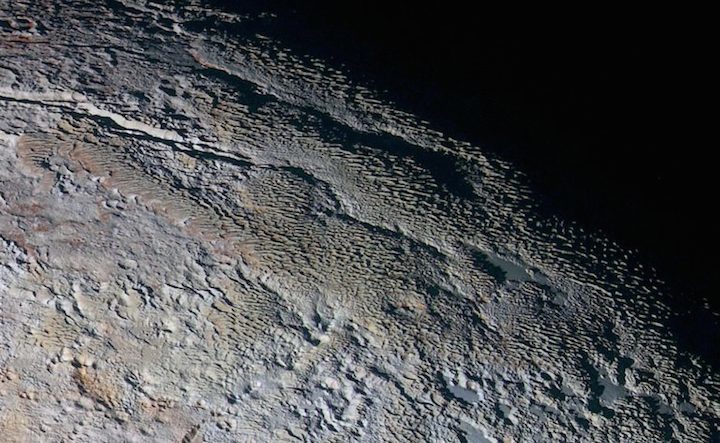 Pluto is an intriguing little world, full of geological surprises, as New Horizons revealed back in 2015. This cold, remote body was expected to be pretty much inactive, but instead we saw a place with nitrogen ice “seas” and glaciers, tall mountains of water ice, a hazy atmosphere and possible ice volcanoes, as well as a subsurface ocean which is thought to still be at least partially liquid. One of the most interesting features discovered was the “bladed terrain” – massively tall, blade-like ridges composed of ice.

These blades of ice are huge, soaring hundreds of feet above the surface. They resemble penitentes on Earth, but are much larger – “penitentes on steroids,” as it were. These incredible formations were stunning examples of Plutonian geology, but scientists weren’t sure how they formed. Now though, they think they have solved the mystery, after determining what they are made of – methane ice. 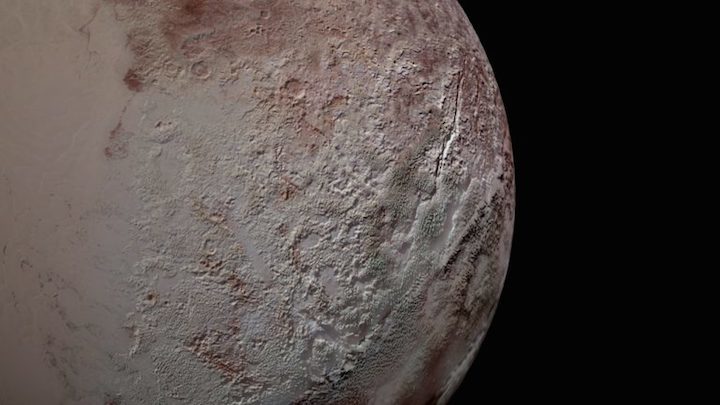 Another view of the bladed terrain. Photo Credit: NASA/JHUAPL/SwRI 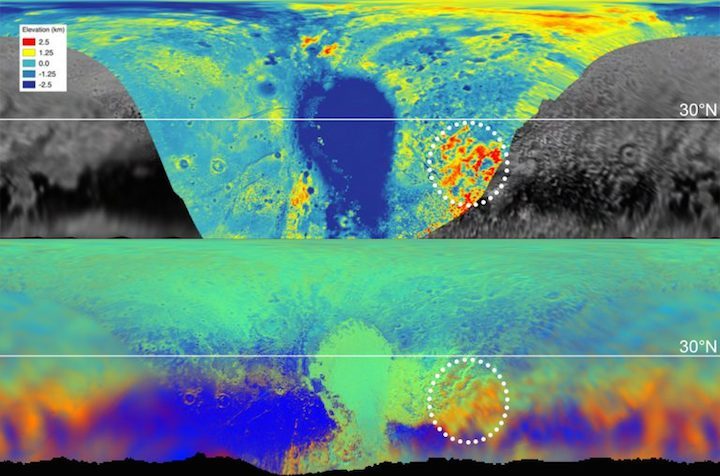 Pluto maps, high-resolution and low-resolution, showing regions of methane in high elevations (circled), the location of at least some of the bladed terrain. Image Credit: NASA/JHUAPL/SwRI/LPI 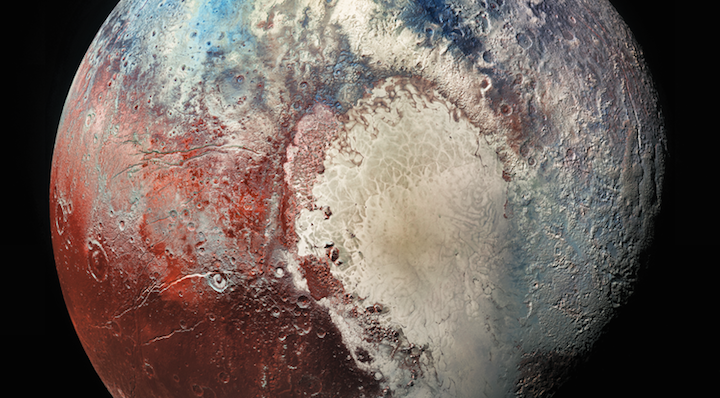 Pluto’s surface is covered in a variety of ices, including water, nitrogen and methane. Photo Credit: NASA/JHUAPL/SwRI

“When we realized that bladed terrain consists of tall deposits of methane ice, we asked ourselves why it forms all of these ridges, as opposed to just being big blobs of ice on the ground,” said Jeffrey Moore, a research scientist at NASA’s Ames Research Center in California’s Silicon Valley. “It turns out that Pluto undergoes climate variation and sometimes, when Pluto is a little warmer, the methane ice begins to basically ‘evaporate’ away.”

One clue was that the formations are found at the highest altitudes on Pluto; methane freezes out at those altitudes, similar to frost on Earth. When it gets a bit warmer again, relatively speaking, the ice then sublimates back into the thin atmosphere. This repeated freezing and sublimating, over millions of years, has eroded the ice formations into their current jagged appearance.

On Earth, penitentes have a similar appearance but are much smaller in scale, only a few meters tall. They can be found in high-altitude snowfields along the equator. 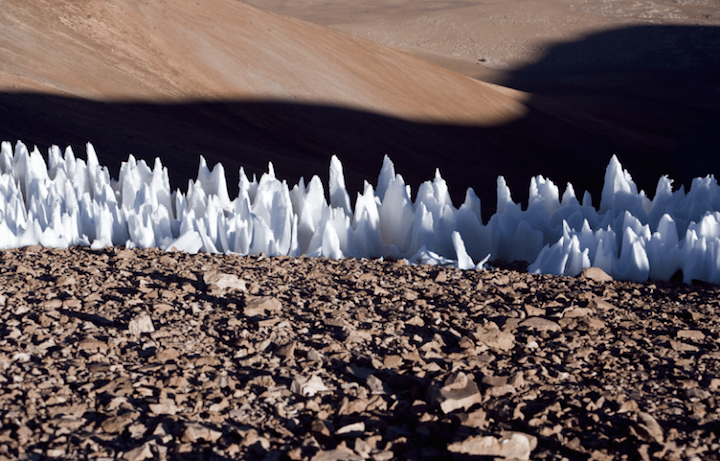 An example of ice penitentes on Earth, in Chile. They are similar to the ice blades on Pluto, but much smaller. Photo Credit: Wikimedia Commons/ESO

These ice blades were discovered in a region where New Horizons had taken high-resolution images during its flyby of Pluto in 2015. There is evidence for them in other areas as well, but those regions were not seen in as high resolution, suggesting that these formations are wide-spread on Pluto.

New Horizons also saw methane snow on top of the water ice mountains. Along with the nitrogen ice “seas” and glaciers, the observations showed that Pluto’s surface is covered in a variety of exotic ices, unlike anything seen on Earth. There is also evidence for ancient rivers and lakes of liquid nitrogen.

The new findings have been published in the journal Icarus.