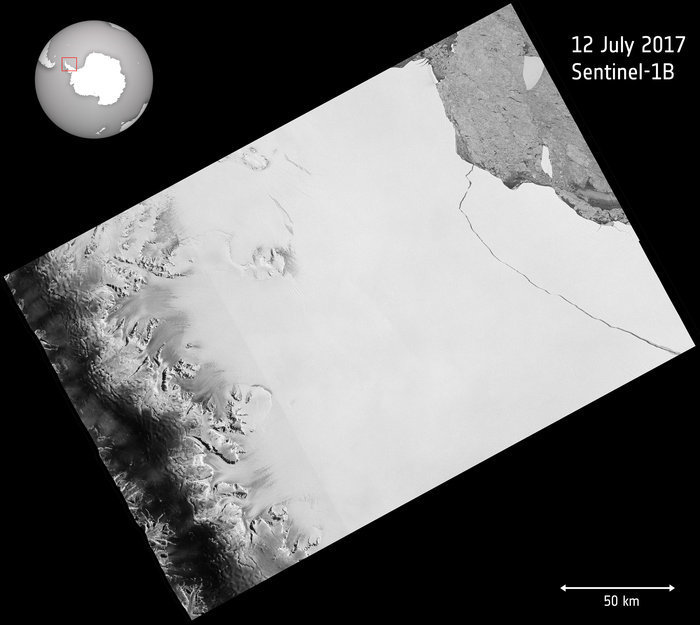 Over the last few months, a chunk of Antarctica’s Larsen C ice shelf has been hanging on precariously as a deep crack cut across the ice. Witnessed by the Copernicus Sentinel-1 mission, a lump of ice more than twice the size of Luxembourg has now broken off, spawning one of the largest icebergs on record and changing the outline of the Antarctic Peninsula forever.

The fissure first appeared several years ago, but seemed relatively stable until January 2016, when it began to lengthen.

More importantly, as the crack grew, it branched off towards the edge of the shelf, whereas before it had been running parallel to the Weddell Sea.

With just a few km between the end of the fissure and the ocean by early July, the fate of the shelf was sealed.

Scientists from Project MIDAS, an Antarctic research consortium led by Swansea University in the UK, used radar images from the Copernicus Sentinel-1 mission to keep a close eye on the rapidly changing situation.

Since Antarctica is heading into the dark winter months, radar images are indispensable because, apart from the region being remote, radar continues to deliver images regardless of the dark and bad weather.

Adrian Luckman, leading MIDAS, said, “The recent development in satellite systems like Sentinel-1 has vastly improved our ability to monitor events such as this.” 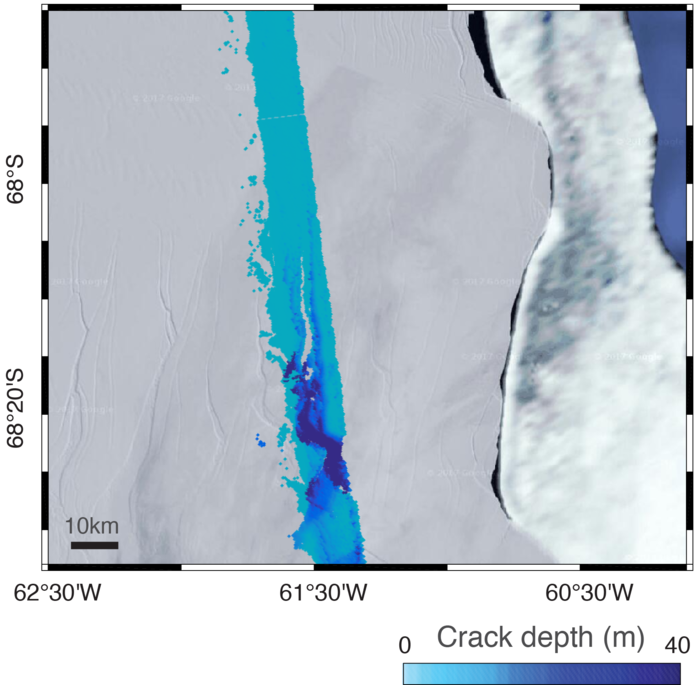 Depth of ice crack
ESA’s CryoSat mission measured the depth of the crack in the Larsen C ice shelf, which led to the birth of one of the largest icebergs on record. Carrying a radar altimeter to measure the surface height and thickness of the ice, the mission revealed that the crack was several tens of metres deep.
-

Noel Gourmelen from the University of Edinburgh added. “We have been using information from ESA’s CryoSat mission, which carries a radar altimeter to measure the surface height and thickness of the ice, to reveal that the crack was several tens of metres deep.”

As predicted, a section of Larsen C – about 6000 sq km – finally broke away as part of the natural cycle of iceberg calving. The behemoth iceberg weighs more than a million million tonnes and contains about the same amount of water as Lake Ontario in North America.

“We have been expecting this for months, but the rapidity of the final rift advance was still a bit of a surprise. We will continue to monitor both the impact of this calving event on the Larsen C ice shelf, and the fate of this huge iceberg,” added Prof. Luckman.

The iceberg’s progress is difficult to predict. It may remain in the area for decades, but if it breaks up, parts may drift north into warmer waters. Since the ice shelf is already floating, this giant iceberg does not influence sea level. 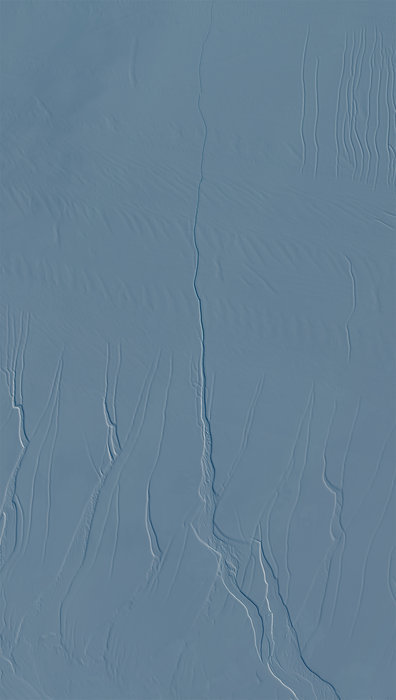 Ice crack seen by Sentinel-2A
The crack in Antarctica’s Larsen C ice shelf was also being imaged by the Copernicus Sentinel-2A satellite before the dark polar winter set in. Carrying a high-resolution optical camera, the Sentinel-2 mission needs light to deliver images. This image, which was captured on 6 April 2017, shows the crack running parallel to the Weddell Sea and other fracture patterns. The fissure eventually led to part of the ice shelf breaking away. Images from the Sentinel-1 radar mission showed that a huge iceberg had calved by 12 July. Having both routine all-weather radar imaging and seasonal optical imaging as well as ice height information from ESA’s CryoSat means that we have greater insight into changes happening in the far reaches of the polar regions than ever before.

With the calving of the iceberg, about 10% of the area of the ice shelf has been removed.

The loss of such a large piece is of interest because ice shelves along the peninsula play an important role in ‘buttressing’ glaciers that feed ice seaward, effectively slowing their flow.

Previous events further north on the Larsen A and B shelves, captured by ESA’s ERS and Envisat satellites, indicate that when a large portion of an ice shelf is lost, the flow of glaciers behind can accelerate, contributing to sea-level rise.

Thanks to Europe’s Copernicus environmental monitoring programme, we have the Sentinel satellites to deliver essential information about what’s happening to our planet. This is especially important for monitoring remote inaccessible regions like the poles.

ESA’s Mark Drinkwater said, “Having the Copernicus Sentinels in combination with research missions like CryoSat is essential for monitoring ice volume changes in response to climate warming.

“In particular, the combination of year-round data from these microwave-based satellite tools provides critical information with which to understand ice-shelf fracture mechanics and changes in dynamic integrity of Antarctic ice shelves.”