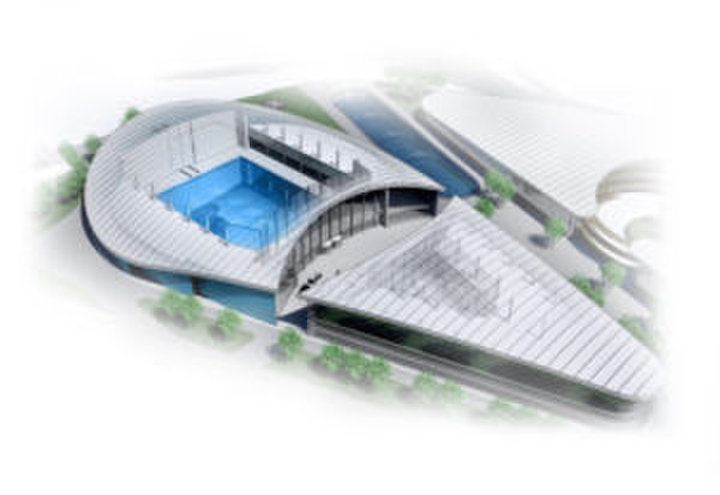 A UK-based deep-sea and space training center is being pursued and will make use of state-of-the-art facilities to reduce risk, improve performance and aid exploration in extreme environments.

Called Blue Abyss, the commercial center would provide state-of-the-art facilities designed to be the world's most comprehensive deep-sea and space training, research and development center. The facility would house the world's largest and deepest indoor pool at 164 feet (50 meters) deep and offer roughly 42,000m³ of volume.

Blue Abyss includes a "mission control" style high-definition video room for pool supervision; hyperbaric and hypobaric chambers, and a micro-gravity simulation suspension suite for replicating the effects of weightlessness; plus a research center that focuses on human spaceflight research and its benefits for terrestrial health care. Plans have also blueprinted a conference theater, training rooms and a 120-bed hotel.

To be situated at the Royal Air Force Henlow, Blue Abyss is one element of a larger vision to use the base – due for closure by 2020 – as a science, innovation and technology park. The village of Henlow is in the county of Bedfordshir.

The Blue Abyss team plans to reuse some facilities at RAF Henlow, including a centrifuge base already installed at the site for its long-arm human centrifuge for high-G astronaut training.

Blue Abyss is scheduled to be fully operational by mid-2019.

Blue Abyss is viewed as contributing to the growth of the UK's space industry, highlighted by the government in the "Queen's Speech" issued early this month.

A new Bill has been crafted to make the UK the most attractive place in Europe for commercial space – including launches from British soil.

The Blue Abyss center will also offer a wide range of experiential "space preparation" packages for groups and individuals.

"Astronauts and other space professionals will want to come from around the world to use the massive, yet controlled, environment to reduce risk in space. I can see plenty of international collaborations and business ventures starting life within Blue Abyss," says Helen Sharman, the first British astronaut.