Russia to orbit over 70 small satellites for first time 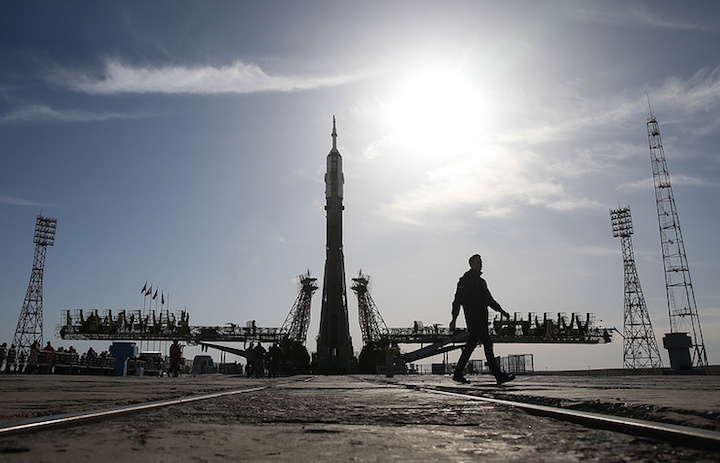 Over 70 small satellites will be orbited by a Soyuz-2.1a carrier rocket together with a Fregat booster as associated payload under the Kanopus-V-IK space mission, Glavcosmos, the Russian operator of launch services, said on its website on Wednesday.

The launch is scheduled from the Baikonur space center in Kazakhstan on July 14, Glavcosmos said.

"Overall, 73 satellites will be launched as part of the Kanopus-V-IK mission. The Fregat acceleration unit will deliver the Kanopus-V-IK satellite and associated small satellites into three different orbits, with the subsequent de-orbiting of the booster. The mission of such complexity will be implemented for the first time in the history of the launch of small satellites," Glavcosmos said in a statement.

The satellites will differ by their format: from space vehicles of the 1U CubeSat type to micro-satellites weighing up to 120 kilograms to be launched in the interests of foreign customers from the United States, Germany, Japan, Canada and Norway.

Satellites designed by Russian universities are launched under the Roscosmos program for the support and the development of the country’s higher educational institutions in the sphere of creating small satellites. The Soyuz-2.1a carrier rocket will launch the satellites Iskra-MAI-85 (the Moscow Aviation Institute), Mayak (the Moscow Polytechnic University) and Ekvador UTE-YuZGU (the Kursk South-Western State University).

By now, joint electrical trials of small satellites with the systems of the Fregat acceleration unit have been successfully held and preparations have been launched to integrate small space vehicles and form the space main stage, Glavcosmos said.

The record of orbiting the largest number of satellites per launch was set by India when a PSLV carrier rocket delivered 104 small satellites into outer space on February 15.

The space launch operator Glavcosmos was established in 1985 in the USSR Ministry of General Machine-Building. The company engaged in the space rocket industry’s foreign economic activity, organized and held researches and participated in the work to convert defense enterprises to civil output.

Today Glavcosmos participates in the implementation of contracts for the launch of Soyuz rockets from the Kourou spaceport in French Guiana, organizes foreigners’ flights to the International Space Station and cooperates with India and China in the space sphere.

It was reported earlier that Glavcosmos got the status of an authorized operator of Soyuz-2 carrier rocket commercial launches from Russian cosmodromes.

In 2017-2018, Glavcosmos plans to act as the operator of the launches of over 100 commercial micro-satellites as an additional load while orbiting three satellites under Russia’s federal program.

Apart from this, Glavcosmos will be distributing images received from Russia’s Kanopus-V and Resurs-P Earth’s remote sensing satellites on foreign markets.

The family of Russia’s Soyuz-2 carrier rockets currently comprises Soyuz-2.1a and Soyuz-2.1b medium-class launchers and also the Soyuz-2.1v light rocket. They can be launched from the Baikonur, Plesetsk, and Vostochny cosmodromes and the Kourou spaceport (South America).