After 50 years, a private company will revive NASA’s “wet workshop”

A big challenge, but the payoff is incredible: Essentially "free" space stations. 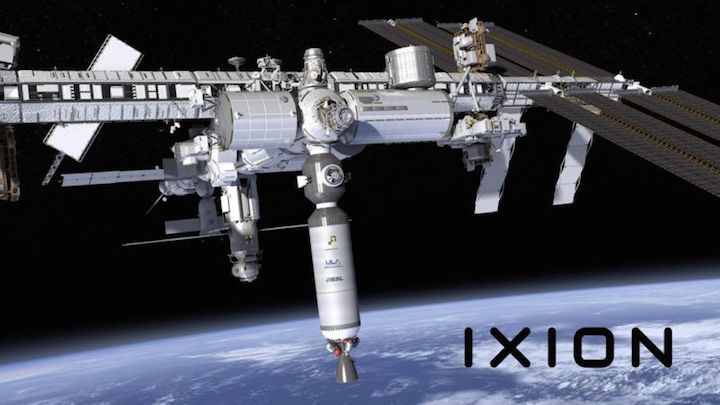 Even before NASA landed humans on the Moon during the Apollo program, some of its engineers had already begun to consider what to do for an encore. Most agreed that the next logical step was to establish some sort of toehold in low Earth orbit, a kind of space station, in the early 1970s after the Moon landings.

Initially, Wernher von Braun and others at Marshall Space Flight Center pushed the concept of a "wet workshop." The plan, devised in 1966, called for launches of two Saturn IB rockets about one day apart. One would have crew, the other would not. Once in orbit, the astronauts would make the S-IVB upper stage of the first uncrewed rocket habitable by installing life-support equipment in the stage's hydrogen tank to create a working environment.

This concept became known as the "wet workshop," because the upper stage would launch full of hydrogen fuel, which would be expended to help the vehicle reach orbit. Eventually engineers at Johnson Space Center convinced NASA Headquarters that this would prove too challenging and came up with the concept of a "dry workshop," pre-modifying an S-IVB upper stage on the ground and then launching it without fuel. Eventually NASA flew three of these Skylab missions in 1973 and 1974.

Now, a group of three US companies is proposing to revive the "wet workshop" concept. As part of a NASA-led competition to develop a deep space habitat for NASA, Houston-based NanoRacks is developing a plan to repurpose used second stages of rockets built by United Launch Alliance. Another firm, Space Systems Loral, will provide robotic outfitting capabilities. The group has just formally signed a contract with NASA to formally study the feasibility of the idea.

The founder of NanoRacks, Jeff Manber, provided more information about the partnership in a blog post on Monday morning. "This innovative approach offers a pathway that is more affordable and involves less risk than fabricating modules on the ground and subsequently launching them into orbit," he wrote.

Started as a company to expedite the delivery of scientific research onto the space station, NanoRacks has big dreams. It has evolved into a company that delivers more CubeSats into low Earth orbit than any other company, and it views the development of small, orbital space stations as the next step toward expanding business activity in outer space.

The company already has an agreement for a "handful" of spent Centaur upper stages, which burn liquid hydrogen and liquid oxygen and fly on top of Atlas V rockets. Currently the stages are discarded after use. Over the coming months, with funding from NASA likely valued at around $10 million, NanoRacks and its partners will study how best to transform an upper stage into a habitable environment. It seems like a big, big challenge.

A few years ago the NASA engineer who managed the Apollo Applications Program from Johnson Space Center in the 1960s, Robert Thompson, told Ars that the wet workshop "was just about the dumbest idea I've ever heard. And I've heard a lot of dumb ideas." That is the kind of challenge now facing NanoRacks as it seeks to recycle upper stages. But the incredible payoff, essentially "free" space stations in orbit or deep space, seems worth grasping for.

Working in space hasn't gotten any easier, of course, in the last 50 years. But engineers today have some advantages their counterparts didn't when working on wet workshop designs 50 years ago. Perhaps most important, they have decades of experience with working on vehicles such as the International Space Station in orbit that have answered a lot of unknowns about the behavior of vehicles and materials in microgravity.