Be among the first in Calgary to see the travelling exhibition, Star Trek: The Starfleet Academy Experience

Star Trek: The Starfleet Academy Experience opens to the general public on February 4, 2017 and will run until June 4, 2017.

If you want to be among the first people in Calgary to see the exhibition, this is your chance. We're holding a launch event on the evening of February 3, 2017.

General Tickets to the event cost $95 and include:

SOLD OUT VIP Tickets to the event cost $250 and include:

Wear your favourite Star Trek costume and join your fellow Star Trek enthusiasts for an evening of fun, science and friends. Take a look back on 50 years of scientific impact that the Star Trek series have had on society.

For more information on ticketing click the ticket button below. 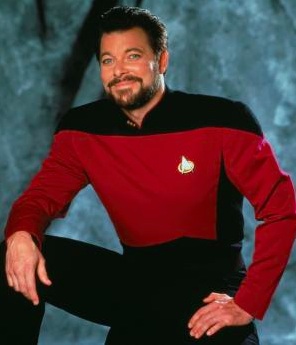 Riker attended Starfleet Academy from 2353 to 2357. He was ranked eighth in his class upon graduation. 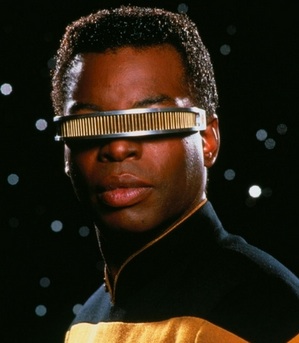 He attended Starfleet Academy from 2353 to 2357, where he excelled in engineering. 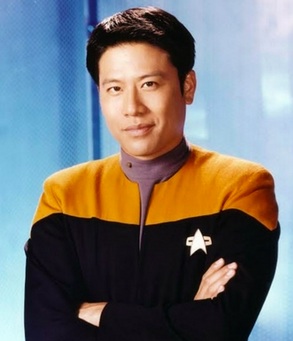 Harry Kim was a Human Starfleet Officer, best known for serving as Operations Officer aboard the starship U.S.S. Voyager during the seven years it was lost in the Delta Quadrant.

Kim attended Starfleet Academy from 2366 to 2370. He graduated as valedictorian of his class, having earned Interstellar Honors.

Please note this event is for adults only. No one under the age of 18 will be admitted. Please bring government issued ID with you. VIP tickets to the event are sold out but a limited quantity of $95 still remain.

Upon entering the exhibit, you'll become a Starfleet Academy cadet recruit. "Career Day" at the academy will test your knowledge and skills to discover what your true ranking might be as part of the crew of a starship. Will you be a Medical, Engineering or Science Officer? How about a Commander?

After a hologram orientation, you'll begin a series of simulated science, engineering, medical and command evaluations in seven different zones. As you progress through the training program, your results will be tracked with an individual wristband in order to determine your Starfleet career recommendation.

There's something for everyone at Star Trek: The Starfleet Academy Experience.

At the end of your training, you'll graduate and receive your commissioning in the Starfleet. Don't forget to step out onto the deck of a Next Generation Enterprise-D bridge.

The unique blend of science and science fiction in Star Trek: The Starfleet Academy Experience makes it ideal for life-long and new Star Trek fans alike. Discover the science behind Star Trek and learn how STEM (Science, Technology, Engineering and Math) helped to create the world of Star Trek.