Opportunity celebrated her 13th birthday on Sol 4623 (January 24, 2017 PST). She spent it as she has most recent sols - heading south along the rim of Endeavour Crater.

The rover is currently trying to make rapid progress toward the next major scientific objective, the gully about a kilometer south of the current location.

Toward that end Opportunity has been doing a lot of driving.

Though the terrain is particularly rough and steep, she managed to travel about 256 feet (78 meters) in four drives during this latest period. 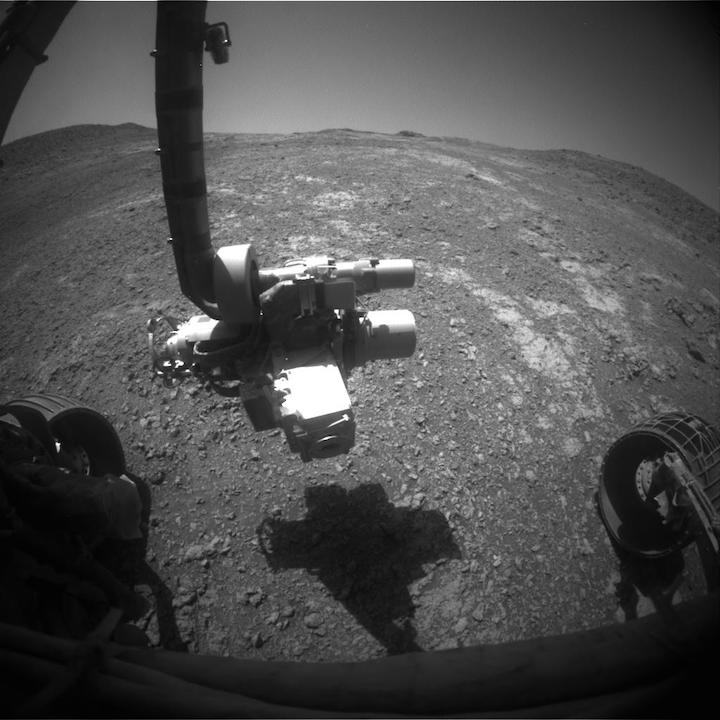 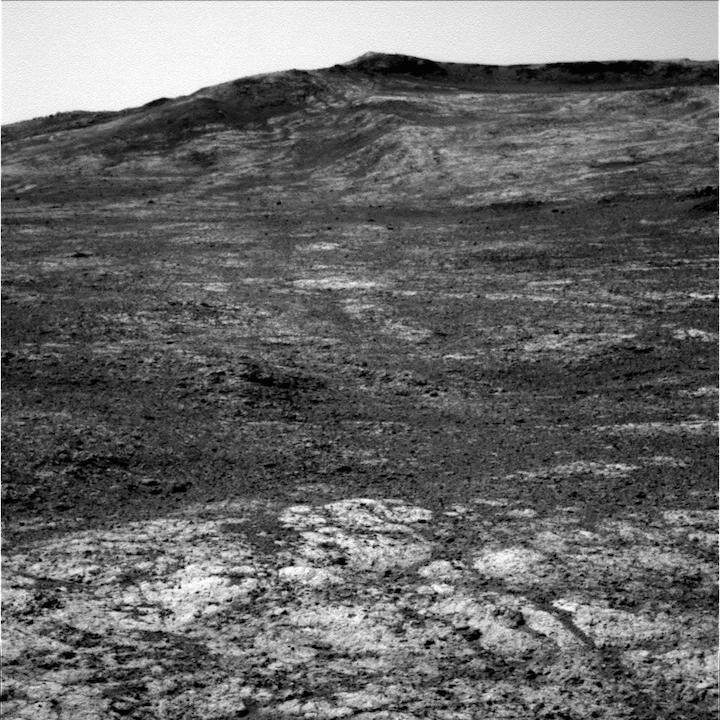 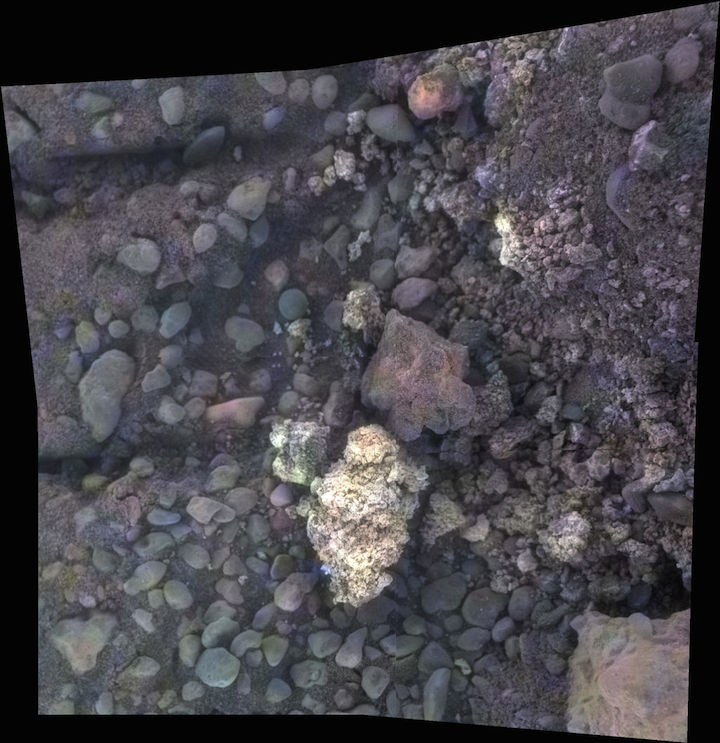 This May 29, 2016, image of a target called "Private Joseph Field" combines images from the microscopic imager on NASA's Mars Exploration Rover Opportunity with enhanced color information from the rover's panoramic camera. The target is on the western rim of Mars' Endeavour Crater. 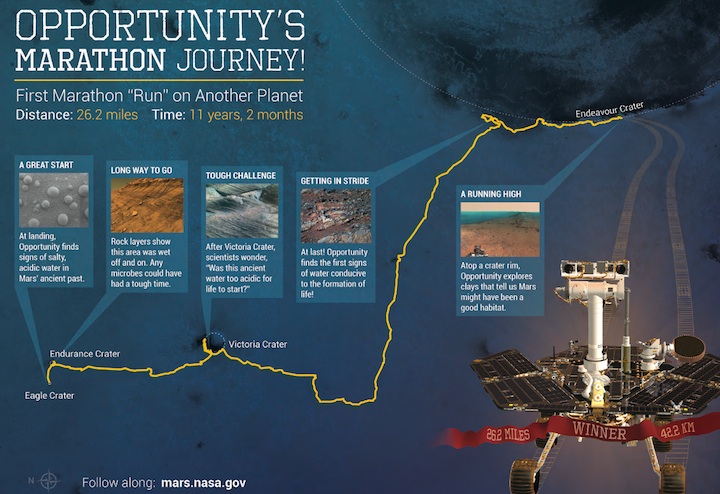 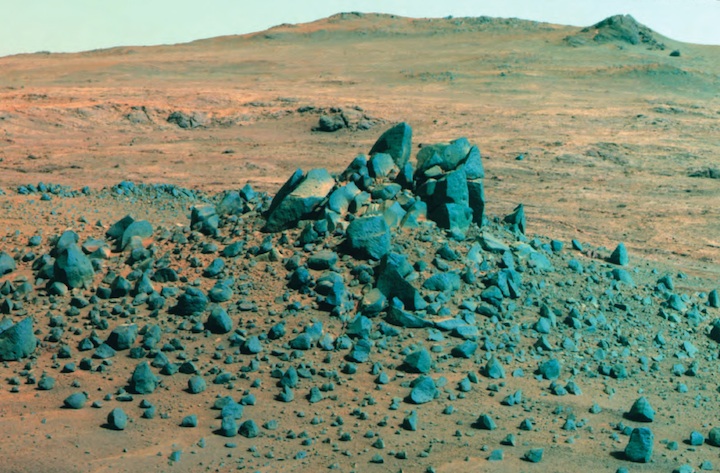 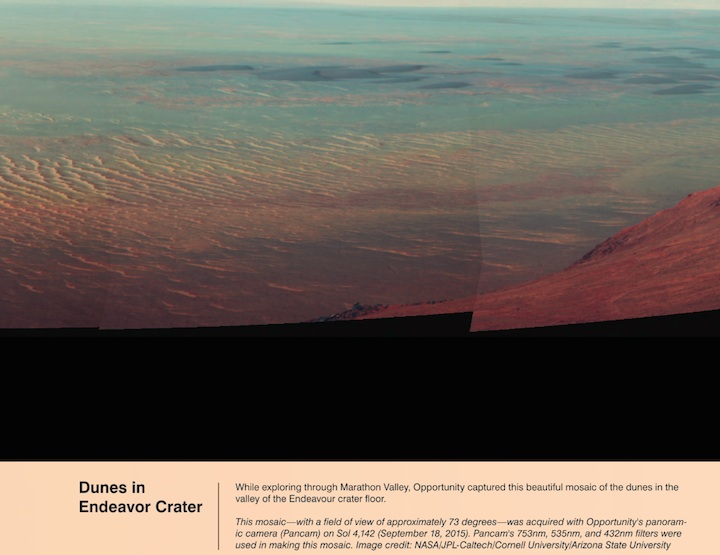 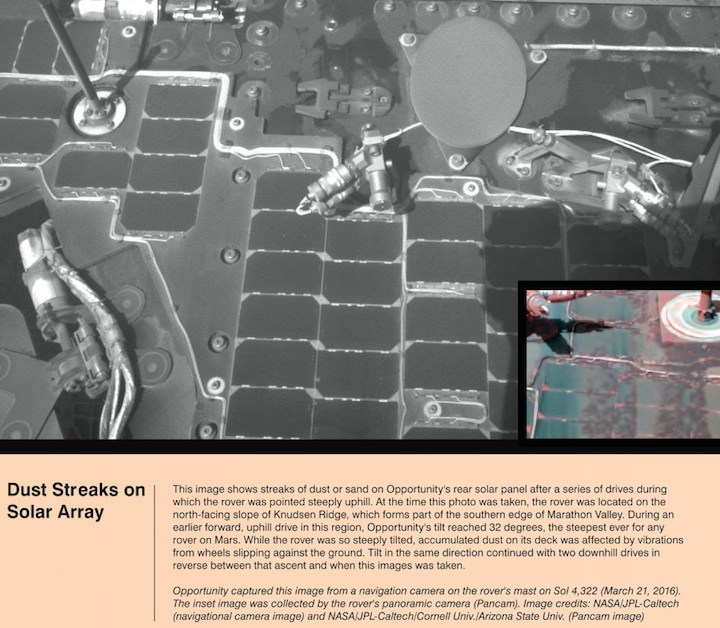