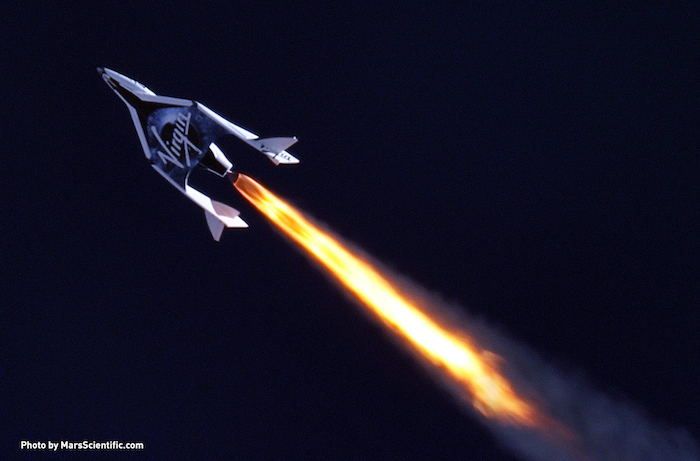 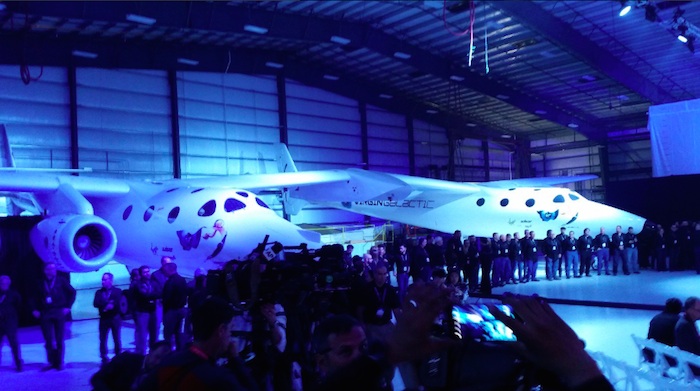 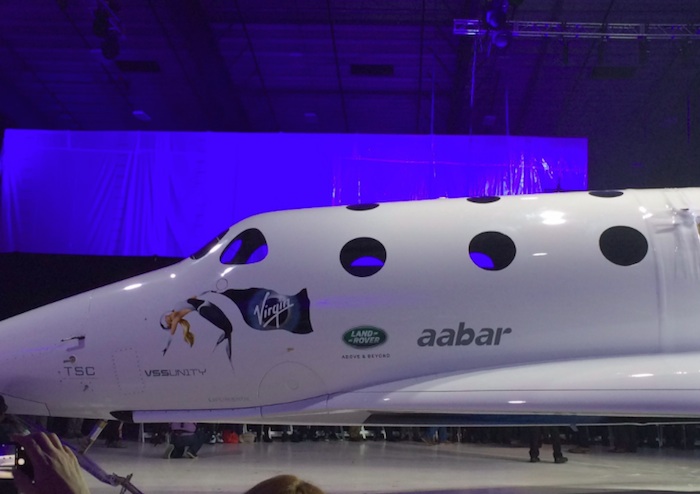 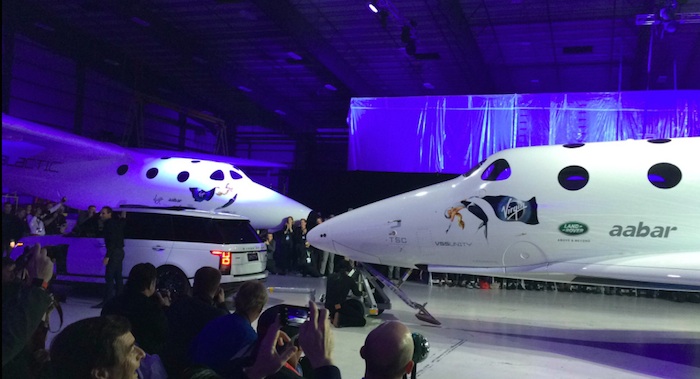 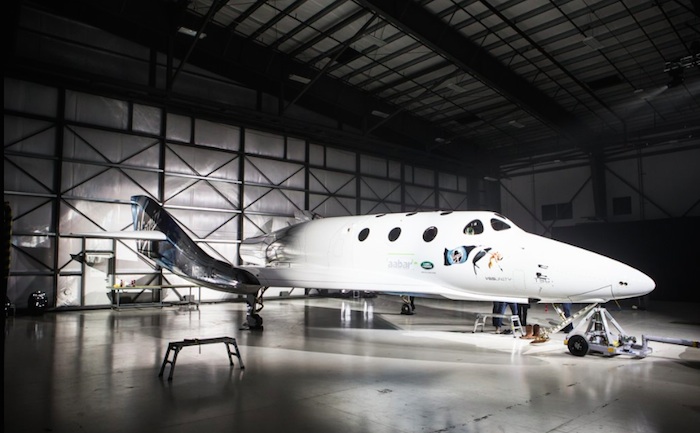 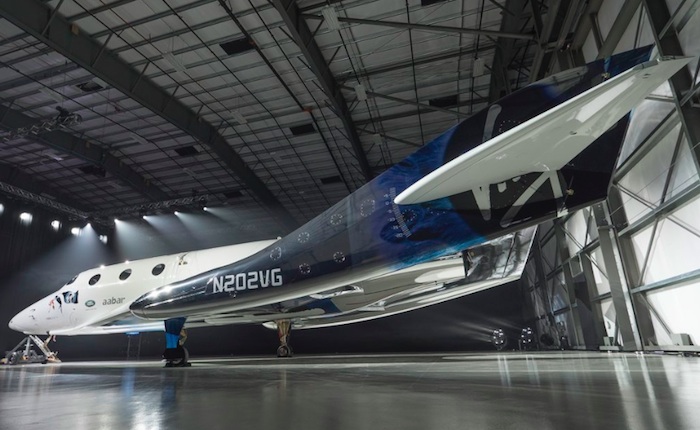 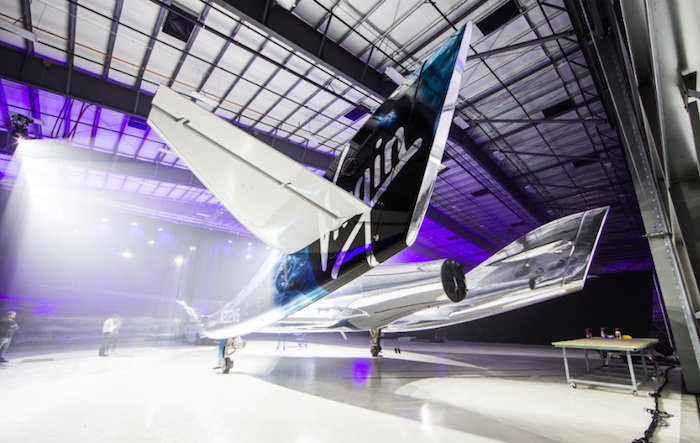 Unity And Eve In Flight

Underneath the broad wings of WhiteKnightTwo Eve, the new SpaceShipTwo Unity took flight for the second time.

It is harder to learn to fly a second time. Virgin Galactic, the private spaceflight firm headed by billionaire Richard Branson, lost its first SpaceShipTwo in a pilot-caused crashed in 2014, setting back dreams of passenger spaceflight. The new SpaceShipTwo, named VSS Unity (and not SpaceShipThree), was unveiled in February. Today, slung beneath the wing of its WhiteKnightTwo mothership Eve, Unity took to the sky for its second-ever flight. 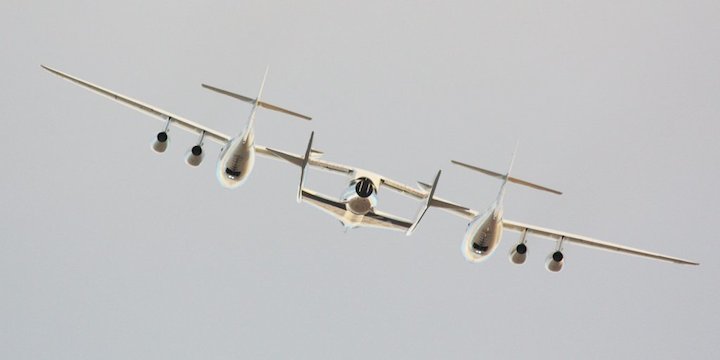 The mothership is an essential part of Virgin Galactic’s space program. Carried aloft under the mothership's wing, the smaller, space-bound craft can just focus on rocketing beyond the atmosphere and then gliding back to Earth. Today, Virgin Galactic was set to test Unity’s ability to glide, but high, gusty winds over the Mojave scratched that plan, and Unity remained attached to Eve throughout the flight.

Still, it’s good to see progress. Much of Virgin Galactic’s enterprise after the crash has continued in a state of weird limbo, like a harbor without any ships.

After Virgin Galactic’s SpaceShipTwo, dubbed VSS Unity, took to the skies for its third-ever test flight on Thursday — and again had to scrub a “glide test” at the last minute — the aerospace company is now looking ahead to its next test run.

The glider remained attached to its WhiteKnightTwo mothership, and the highly anticipated glide test was delayed yet again. Another test flight has not been announced.

On Tuesday, heavy crosswinds forced Virgin Galactic to call a scrub for the gliding test, with the pair of planes landing safely in the Mojave desert about an hour and a half after takeoff.

During the glide test, the two vehicles take off as a mated pair, with the SpaceShipTwo detaching from its mothership during flight and gently gliding back to the runway. Following a successful capture carry test, this is the next step before resuming rocket-powered flights.

Even though the glide tests are not designed to go into space, they are a major step towards Virgin Galactic’s ultimate goal of launching people into space. However, the aerospace company must first prove its vehicles are safe to carry human passengers. In order to do so, the company has to complete a lengthy testing process that includes glide tests and free-flight tests.

The last time Virgin Galactic performed a free-flight of its SpaceShipTwo vehicle was two years ago, when the vehicle — dubbed the VSS Enterprise — broke apart in-flight, injuring the pilot and killing the co-pilot.

The company is taking a cautious approach to testing and decided to pull the plug on today’s test after seeing something in the data they didn’t like.

Virgin Galactic controllers are combing over the data collected and will be ready to try again in the near future.

Dozens more test flights will follow for the Virgin Galactic spaceplane "Unity" before paying passengers are aboard.

The ship is the second in a series of commercial spaceships built for Richard Branson's space company, which is selling tickets to ride for $250,000.

The first ship, manufactured and tested by contractor Northrop Grumman's Scaled Composites, was destroyed during a fatal test flight on Oct. 31, 2014.

The new ship, named Unity and built by Virgin's The SpaceShip Company, previously made four flights attached to its carrier aircraft.

On Saturday, SpaceShipTwo and its mothership, WhiteKnightTwo, took off at 6:49 a.m. from California's Mojave Air and Space Port, located in the Mojave Desert about 200 miles northwest of Los Angeles.

"We've got an exciting year ahead and this is just the start of it," Branson told a small group braving the 28-degree Fahrenheit temperature to watch the spaceship fly.

"I'm afraid you're going to see a lot of me these next few months," Branson said in a video from the spaceport's runway posted by Douglas Messier at ParabolicArc.com.

With Virgin Galactic pilots Mark Stucky and David Mackay at the helm, Unity separated from WhiteKnightTwo at an altitude of just over 50,000 feet, said Virgin Galactic President Mike Moses.

"She looked beautiful," Moses said in a telephone interview after the flight.

Unity flew at Mach 0.6 for an initial check of handling characteristics and vibration tests, then landed on the spaceport runway.

"Next time we'll fly faster," Moses said, adding that the 15-minute flight flight marked a major milestone for the program.

"Flying captive is great, but there is nothing like a free flight when it's a true airplane," Moses said. "We got a glider today, but it's well on its way to becoming a spaceship."

WATCH VIDEO: Will We Ever be Able to Vacation in Space?

Virgin Galactics SpaceShipTwo, dubbed the VSS Unity, took to the skies over Mojave, California this morning to complete the craft’s first ever free-flight test. And preliminary data shows it was a huge success.

Today’s flight marked the fifth overall flight for the VSS Unity, which has the distinction of being the only spacecraft built by the company’s in-house manufacturing team — TheSpaceshipCompany — and the 218th flight for its mothership, the WhiteKnightTwo.

Earlier in the week, the duo joined forces to complete a fourth captive carry test. Following the pair’s second captive-carry test in September, engineers decided that all systems were performing as expected and the crew could move onto free-flight testing. The first two attempts (both in November) were thwarted due to weather and an unexpected anomaly, which prevented the crew from separating the two vehicles.

That was not the case today. Following takeoff, the pilots of both vehicles tested multiple on board systems, ensuring they were ready (and able) to release the spacecraft. Once they received the green light from the control room, the VSS Unity was set free, and coasted down to a gentle landing.

During free-flight (also known as a glide test) testing, the two vehicles take off as a mated pair, with the SpaceShipTwo detaching from the WhiteKnightTwo during flight before gently gliding back to the runway. In-flight testing allows engineers thoroughly study how various systems on board the vehicles perform during flight.

The glide tests are not designed to go into space; however, they are a major step towards Virgin Galactic’s ultimate goal: launching people into space. Before that can happen, the aerospace company must first prove its vehicles are safe to carry human passengers. In order to do so, the company has to complete a lengthy testing process that includes captive-carry, free-flight, and rocket-powered tests.

The road to space.

Rocket-powered testing was suspended following a tragic accident in 2014, when the first SpaceShipTwo crashed as a result of pilot error. The accident resulted in the death of one pilot, leaving a second injured.

Both vehicles are reported to have landed safely, and the team will now begin the tedious process of analyzing all the data collected during the test. SpaceShipTwo glides over the Mojave Desert after being released from its WhiteKnightTwo mother ship. (Credit; Virgin Galactic) SpaceShipTwo comes in for a landing at the Mojave Air and Space Port. (Credit: Kenneth Brown) SpaceShipTwo rolls to a stop on the runway at the Mojave Air and Space Port. (Credit: Kenneth Brown) Richard Branson and George Whitesides gave out at SpaceShipTwo after it came to a stop on Runway 12. (Credit: Douglas Messier) 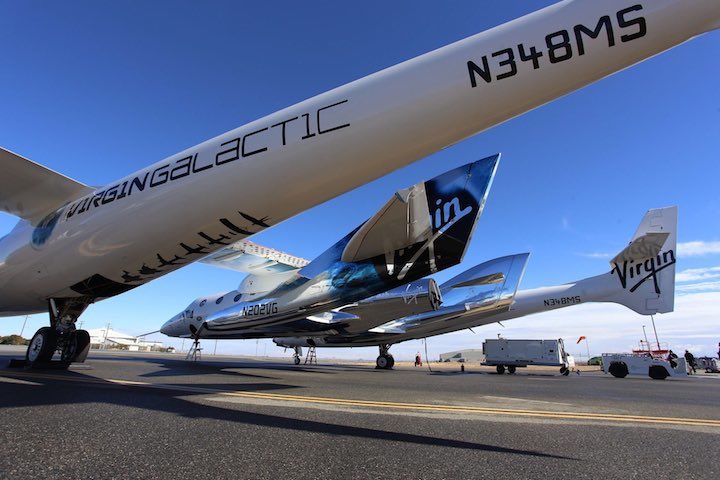 At the start of the year, the company was still finishing up work on its second SpaceShipTwo rocket plane, incorporating the lessons learned from the breakup of the first SpaceShipTwo in October 2014.

That accident occurred during a rocket-powered test, killing co-pilot Mike Alsbury and severely injuring pilot Pete Siebold. Investigators blamed pilot error as well as a host of other contributing factors.

VSS Unity rolled out this February amid a burst of Virgin-style hoopla, and since then the SpaceShipTwo team has been conducting a low-profile series of tests. The 27-foot-wide plane was released from its WhiteKnightTwo mothership for its first unpowered glide flight on Dec. 3.

Today’s flight from California’s Mojave Air and Space Port followed a similar profile, with the aim of checking the craft’s aerodynamics under a variety of conditions. Virgin Galactic’s Dave Mackay and Mark Stucky repeated their roles as SpaceShipTwo’s pilots. 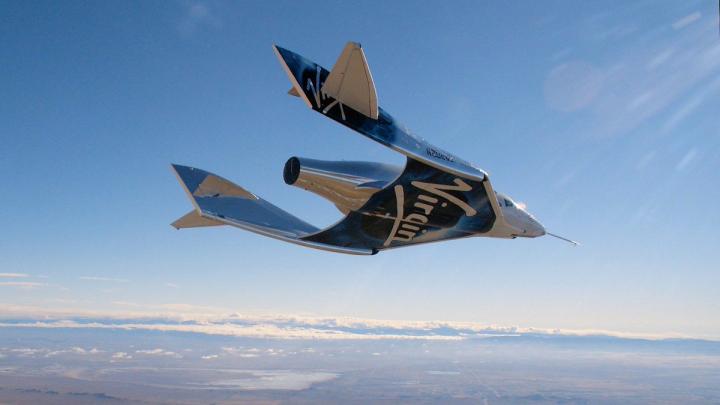 If all goes well, Virgin Galactic and its manufacturing subsidiary, The Spaceship Company, could begin rocket-powered tests by mid-2017, leading up to crewed flights that hit outer-space altitudes. Once the testing team is satisfied with VSS Unity’s performance, operations will shift from Mojave to Spaceport America in New Mexico.

About 700 customers have paid as much as $250,000 each for suborbital space rides on VSS Unity. The schedule for commercial operations depends on how the test program goes, but it’s not out of the question for the first of those customers to climb on board by this time next year.