Developer says project to save Earth from asteroids with nuclear blast to cost $5.6 bln

If a dangerous asteroid is revealed, a surveillance satellite is expected to be sent towards it to specify the trajectory, the celestial body’s size, weight and other characteristics 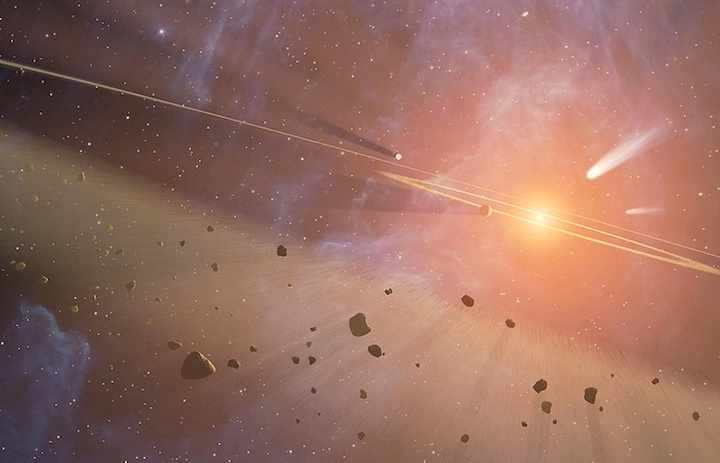 The Russian Center for Planetary Protection has developed a system to protect the Earth from killer asteroids with the help of nuclear blasts, which will cost $5.6 billion, Center CEO Anatoly Zaitsev said on Tuesday.

The center’s chief executive made the project’s presentation at the 2nd scientific and technical conference of the Extra-Departmental Expert Council on the issues of the aerospace sphere.

According to the presentation, the system can be created within five to seven years. It should consist of surveillance satellites, space observatories, interceptors and the ground-based control and surveillance segment.

At the first stage, four space vehicles are intended to be launched: two surveillance spacecraft and two asteroid interceptors. This stage is estimated at $1.3 billion. The creation of the ground infrastructure is estimated at another $1 billion, according to the presentation.

If a dangerous asteroid is revealed, a surveillance satellite is expected to be sent towards it to specify the trajectory, the celestial body’s size, weight and other characteristics. After that, a space vehicle will be sent to detonate a nuclear charge near the asteroid either to destroy it or make it deviate from the trajectory of its flight towards the Earth.

The development of the space surveillance segment, which envisages the launch of two observatory satellites and four surveillance space vehicles will cost another $1.4 billion, according to the presentation.

Simultaneously, the project proposes increasing the number of interceptor satellites by another three space vehicles, which is estimated at $1.8 billion.

The Center for Planetary Protection was established in 2002 as a non-profit partnership of the Babakin Research and Production Center (a subsidiary of the Lavochkin R&D Enterprise). The Center is developing a concept of the system of planetary protection from asteroids and comets and possible scenarios of space threats and the methods of their prevention.