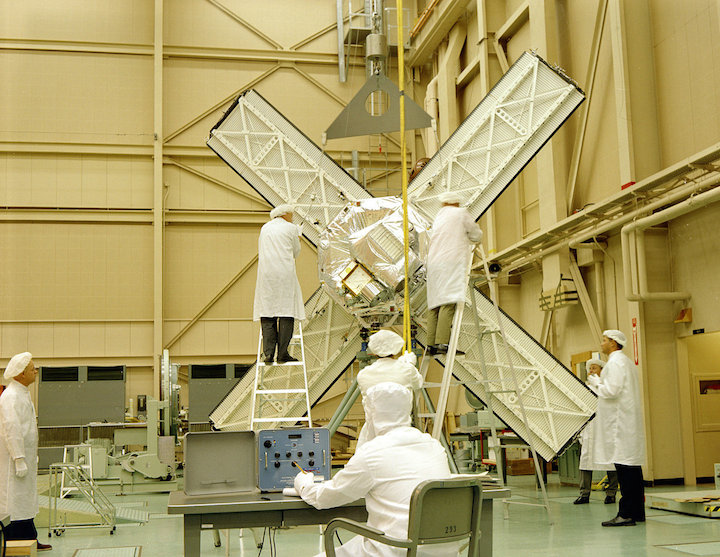 There were four spacecraft built at JPL for the Mariner Mars 1969 mission. M69-1, a Proof Test Model, was used in space simulation tests, vibration/shock tests, calibration, training, and Mission Operations readiness tests, and was used in most publicity photos for the mission. This spacecraft was put through more intensive testing than the flight spacecraft, to prevent them from being tested to the point of failure. M69-2 and M69-3 were the two flight spacecraft. The photo shows the weight and center of gravity test conducted on M69-2, about three months before it was shipped to the Air Force Eastern Test Range at Cape Canaveral. (Photos courtesy of the Jet Propulsion Laboratory)