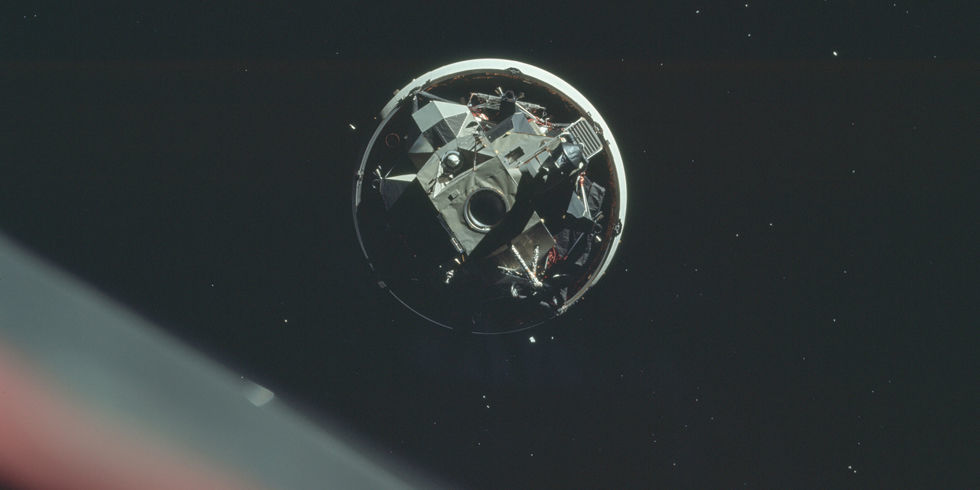 The 24 astronauts on the Apollo missions are dying of heart disease at an unusually high rate. Scientists are trying to figure out why.

Future deep-space explorers and Mars colonists may have a new worry to consider: Heart disease.

A team of space radiation researchers, led by Michael Delp at Florida State University, has just come across a troubling relationship. The 24 moon-bound astronauts that flew the Apollo missions are dying of cardiovascular diseases at an unusually high rate. These men were only humans ever to have left the protection of Earth's magnetic field—a natural barrier which reaches beyond the International Space Station and helps deflect deadly space radiation. According to Delp nobody had expected that deep-space travel might take a long-term toll on the heart, until now. The scientists' findings were published in the journal Scientific Reports.

"THIS FINDING RAISES A WHOLE HOST OF QUESTIONS ABOUT DEEP SPACE TRAVEL AND ITS LONG-TERM CARDIOVASCULAR EFFECTS."

"This is actually quite important to investigate and understand now. The International Space Station is scheduled to be shut down in 2024, and nations from Japan, to Russia, to China, to the United States are already planning on returning to the moon, visiting mars and forging elsewhere into deep space within the next 10 years," Delp told Popular Mechanics. "This finding raises a whole host of questions about deep space travel and its long-term cardiovascular effects," he says.

Delp came across this troubling correlation between heart disease and deep space travel after statistically comparing three groups of deceased astronauts. Seven Apollo astronauts, 35 trained-but-untested astronauts that never flew space missions, and 35 astronauts with recorded flight time, but only in lower Earth orbit—such as those stationed on the International Space Station. The difference in heart disease fatalities among the three groups was incredibly clear.

All the non-Apollo astronauts have succumbed to fatal heart disease at roughly the same rate; with about 10 percent of deaths attributed to heart disease. That's about what you'd expect for non-astronauts as well. But Delp found that of the first 7 Apollo astronauts that have died, 43 percent (three) have died of heart disease. Delp's study did not include the 8thApollo astronaut to pass away, the heroic Edgar Mitchell, who died this February. Mitchell's family has not yet released information on the cause of his death.

HOW DOES THIS EXTRA RADIATION IMPACT HEART HEALTH DECADES LATER? NOBODY REALLY KNOWS.

Delp and his colleagues believe this anomaly in high cardiovascular deaths is due to the extra dose of space radiation that effected men on the Apollo missions. So, how does this extra radiation impact heart health decades later? Delp says that nobody really knows, an that any explanation at this point would be pure conjecture.

To be sure, Delp is very upfront about the possibility that this high rate of heart disease could be inflated (or even wrong) just because the sample size of deceased Apollo astronauts is so incredibly small. For example, had just one Apollo astronaut passed away from some other cause by total chance, that 43 percent rate of heart disease deaths would drop down to 29 percent. That's still more than double the average rate of fatal heart disease for other astronauts, but very close to being statistically insignificant.

"Certainly, that small sample size is something to keep in mind," says Delp, "but in almost all space studies with humans you're dealing with a small number of individuals," simply because not a lot of people have left Earth.

"IN ALMOST ALL SPACE STUDIES WITH HUMANS, YOU'RE DEALING WITH A SMALL NUMBER OF INDIVIDUALS."

Still, Delp has other reason to believe that the intense irradiating environment outside of Earth's magnetic field could cause long term damage to your cardiovascular system. In his study, he also irradiated a host of male mice with roughly the amount of space radiation you'd expect on a round-trip to the Moon. That's 1Gy of of 56Fe ions, a common type of galactic cosmic ray. The radiation was delivered over a 10 minute period, at Brookhaven National Laboratory in New York. Those mice developed cardiovascular issues at an unusually high rate as they aged—chiefly injury to blood vessels and arteries.

Delp says he has two takeaways from this surprising finding. The first is for his fellow researchers. "All previous studied have shown that there's no long-term negative cardiovascular effects from deep space flight. Understanding if [long-term heart health] is really a concern we need to worry about is going to require a lot more research and studies, and especially if we want to develop countermeasures for the next generation of space explorers," he says.

But for readers of Popular Mechanics, "I think that for people interested in space travel and space exploration, it's good to understand that although spaceflights can become routine, it's still a very dangerous endeavor," Delp says. "I hope your readers find a new appreciation for the risks our astronauts take in their jobs."