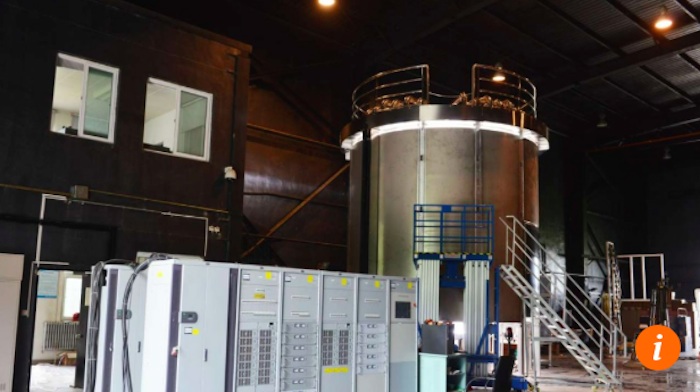 China’s sun simulator sheds new light on the ravages of space travel
Scientists and engineers overcome challenges of simulating light from the sun with artificial to test how electronics and materials can cope with the extremes in temperatures and radiation of space
-
China’s ambitious space programme has entered a new dawn thanks to an advanced sun simulation chamber that began operations in Beijing at the end of last month.
The solar simulator had the floor area about the size of a living room, an array of powerful lamps overhead with special lenses to mimic the sun 150 million km away, vacuum environment, and walls cooled to near absolute zero, all to simulate the extreme environment in space for the development of better, more reliable technology and hardware, according to its developer, the 207 Institute of the state-owned China Aerospace Science and Industry Corporation.The sun provides energy to spacecraft, but also hazards. For instance, in the space environment the sides of solar panels facing the sun get extremely hot while the unexposed sides are extremely cold. Such heat imbalances can cause many of problems such as electronic components failing and mechanical fractures.
Underestimating the ravages of extreme heat and cold on materials in space cost China dearly in earlier space missions. Its first lunar rover, Yutu, or Jade Rabbit, broke down after travelling just 20m on the surface of the moon after its electric motor was damaged beyond repair as the intensely hot lunar day (as hot as 123 degrees Celsius) turned to the frigid lunar night (minus 153 degrees C).
Full testing of the new chamber was completed on June 28, The 207 institute said on its website, and the facility was now carrying a wide range of tasks.
Chinese space scientists are the chamber to develop high-performance solar panels, detect possible weaknesses in materials used to construct a planned space station, observe the growth of plants under strong radiation, and improve the design of heat control systems in manned spacecraft.
The Chinese facility is slight smaller than Nasa’s VF-6 solar simulation chamber in the US.
But the 207 Institute said its chamber can provide 1.3 solar constants on a 5m-wide target, while Nasa’s can only provide 1.2 solar constant. One solar constant is the amount of energy that normally falls on earth’s atmosphere, or about 1.35kW per square metre per second.
The main challenge in building a solar simulator is ensuring the stability and evenness of artificial sunshine.
Natural sunlight travels a long distance from our sun, and arrives on earth in a very stable form from the same direction. How to simulate natural light using lamps whose light comes from different angles posed a huge engineering challenge to researchers.
China started building solar simulation chambers decades ago, but before the advent of the 5m project, only small components or small models of spacecraft could be tested.
Quelle: South China Morning Post
Raumfahrt
« Zum vorherigen Eintrag Zum nächsten Eintrag »
2175 Views
Created with page4