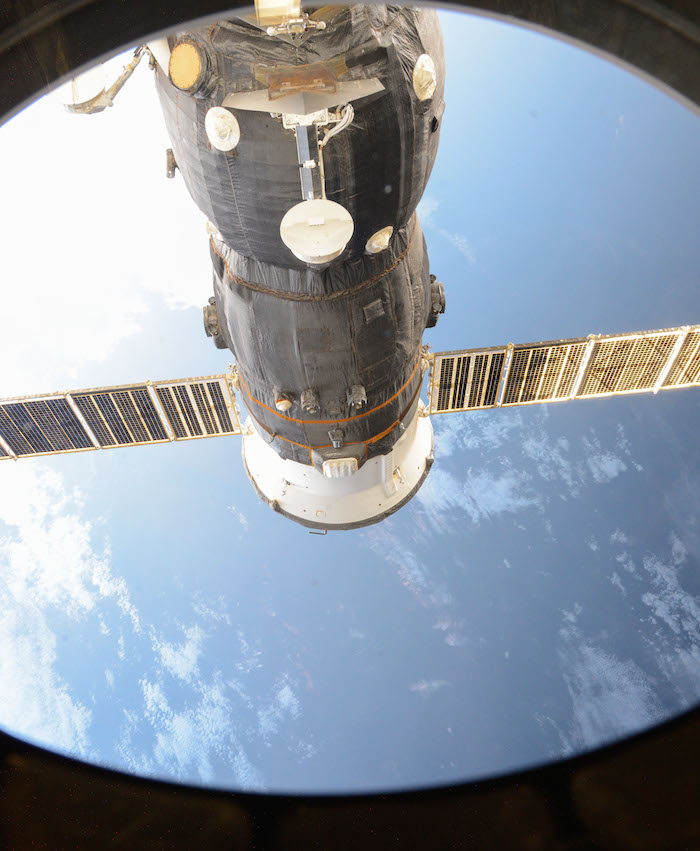 A Russian cargo ship currently docked to the International Space Station will undock for a short test flight on Friday, July 1. NASA Television coverage will begin at 1:15 a.m. EDT.
The Progress 62 cargo ship will automatically undock from the Pirs Docking Compartment of the space station and manually be guided in to re-dock. The maneuver will begin with undocking at 1:36 a.m. and take approximately 30 minutes, with re-docking planned for 2:10 a.m.
This activity will test a newly installed manual docking system inside the station’s Russian segment. The resupply ship will back away to a distance of about 600 feet (about 183 meters) from the station, at which point Expedition 48 cosmonauts Alexey Ovchinin and Oleg Skripochka of the Russian space agency Roscosmos will take manual control of the spacecraft. They will use a workstation in the Zvezda Service Module to “fly” the Progress back to a linkup with Pirs.
The system test will include verification of software and a new signal converter incorporated in the upgraded manual docking system for future use in both Progress and piloted Soyuz vehicles in the unlikely event the “Kurs” automated rendezvous in either craft encounters a problem.
Progress 62 arrived at the station Dec. 23, 2015 with more than three tons of food, fuel and supplies, and will undock for the final time at 11:48 p.m. Saturday, July 2. The spacecraft, loaded with trash, will be deorbited by Russian flight controllers to burn up in the Earth’s atmosphere over the Pacific Ocean.
Quelle: NASA
Raumfahrt
« Zum vorherigen Eintrag Zum nächsten Eintrag »
2121 Views
Created with page4