This MCC snapshot covers a large region of mars from Coogon valles and Oxia Palus  at the bottom to focas region to the right top. Oxia Palus region has been studied to have abundant clay minerals. This is a map corrected MCC data set that can be overlaid on  existing maps derived from earlier Mars observation missions. High, low albedo regions along with many craters are seen.
This image was captured by MCC on April 14, 2016 from an altitude of 21,924 km and with a resolution of 1.1 km. It covers 2100 x 2100 sq.km area approximately.
. 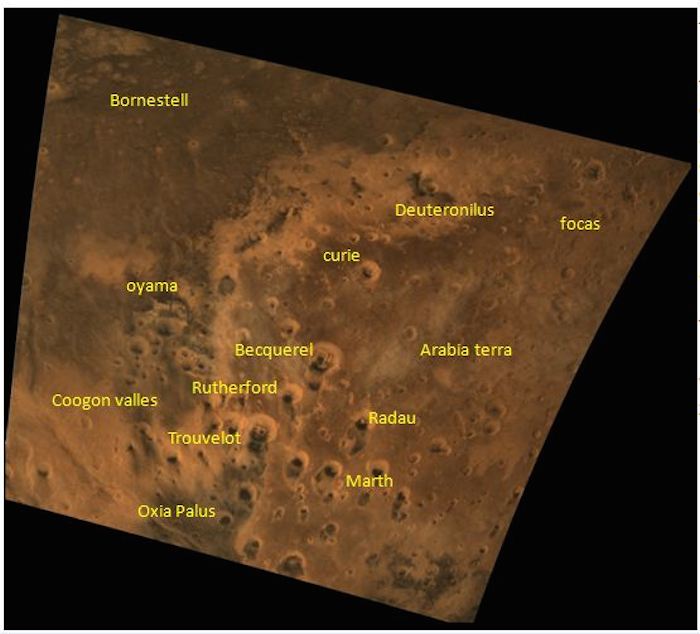 Olympus Mons - a large shield volcano on the planet Mars
. 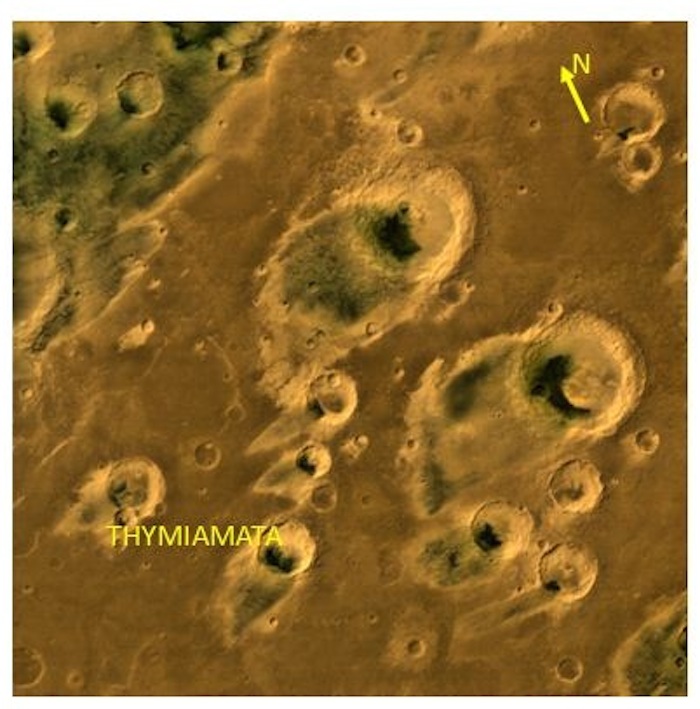 One of the brightest desert regions of Mars called Thymiamata
. 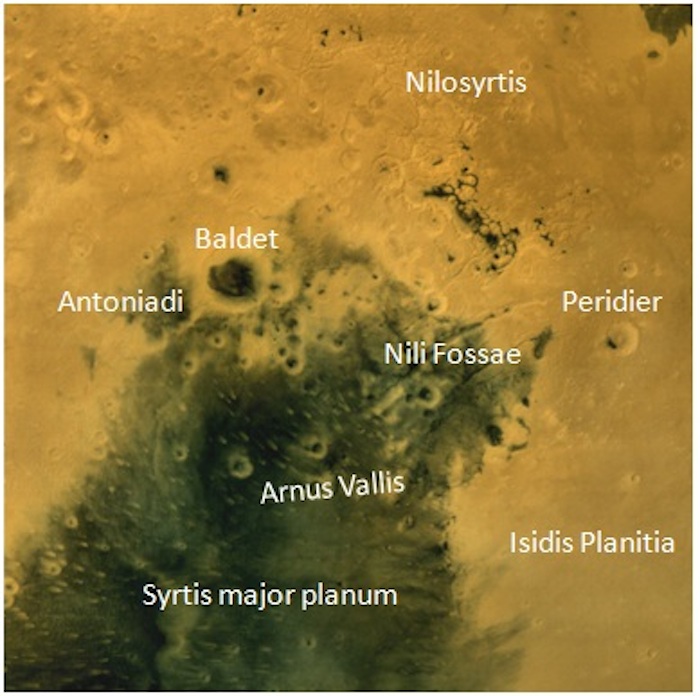 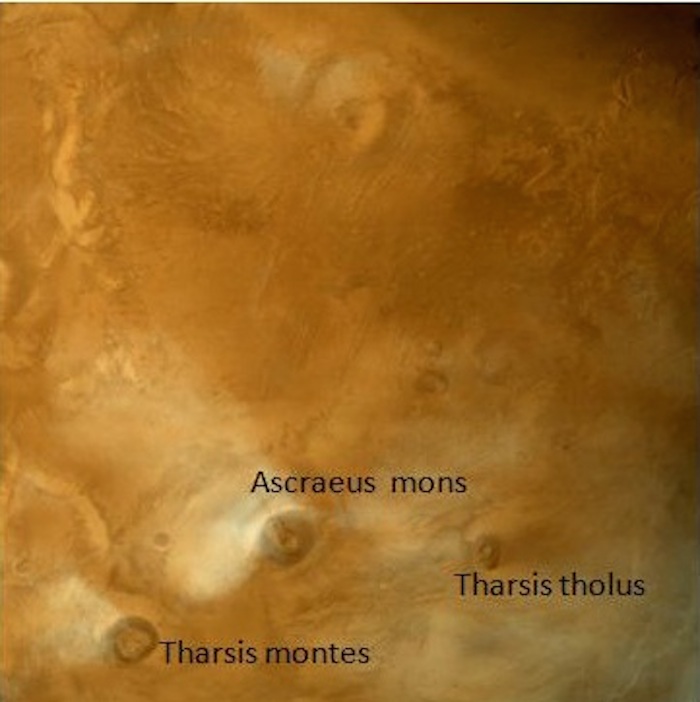 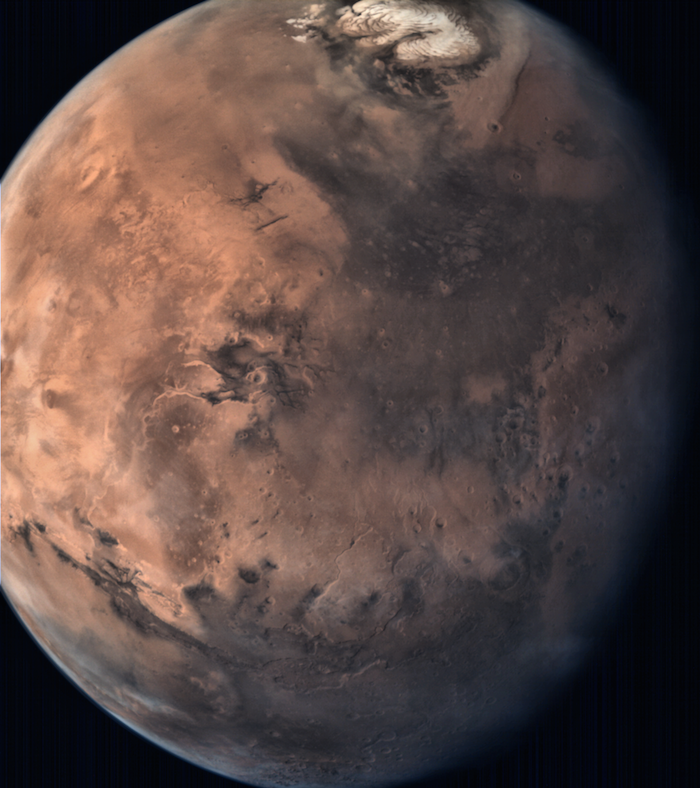 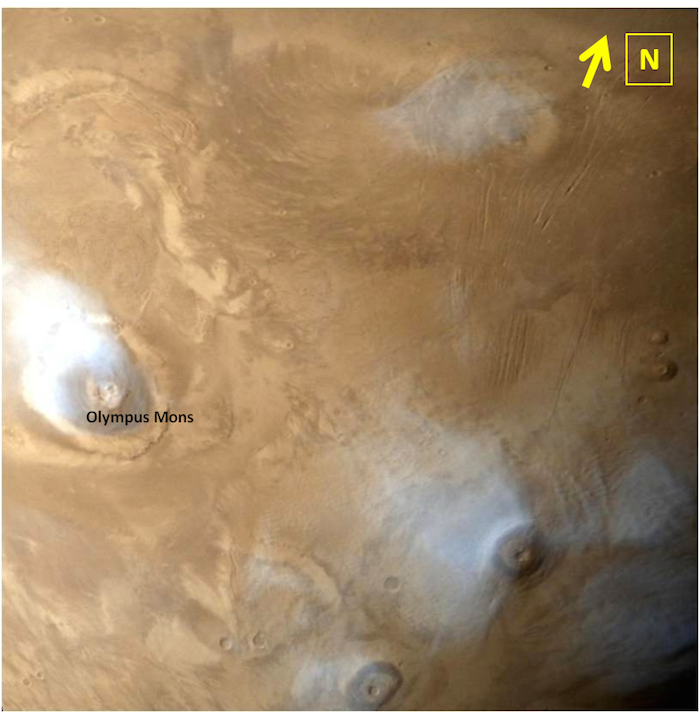 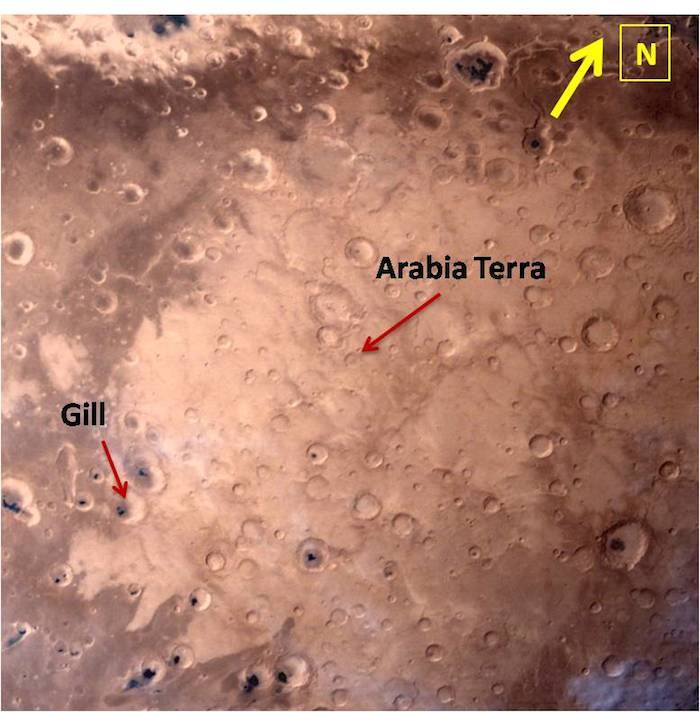 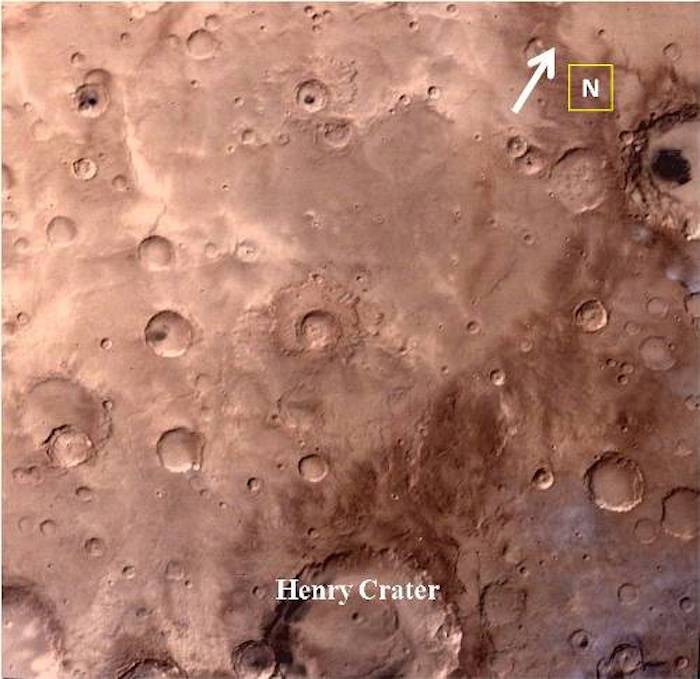