Airbus Perlan Mission II
Follow the test flight campaign
Preparing for its record-breaking goal
The Airbus Perlan Mission II glider will soar on wind currents to 90,000 feet (27.4 km) in 2016 as it researches high altitude flight, climate change and the potential for wing-borne travel on Mars. You can follow the test flight campaign on this page.
Perlan starts pressurised test flights
Tom Enders joins the glider's team
This project began as the inspiration of a small group of talented volunteers, and has evolved into one of the boldest endeavors in modern aviation. We’re proud to support a program that so perfectly embodies the pioneering spirit of Airbus.
Tom Enders
Airbus Group CEO
The Airbus Perlan Mission II test flight programme took a significant leap forward with a successful first pressurised flight of the Perlan 2 glider in the first week of March 2016. These new tests will help validate the system that will keep the crew alive in atmospheric conditions similar to those on Mars.
Airbus Group CEO Tom Enders worked alongside the all-volunteer flight test team in Minden, Nevada, though adverse weather ‎conditions during his visit prevented him from making a test flight.
. 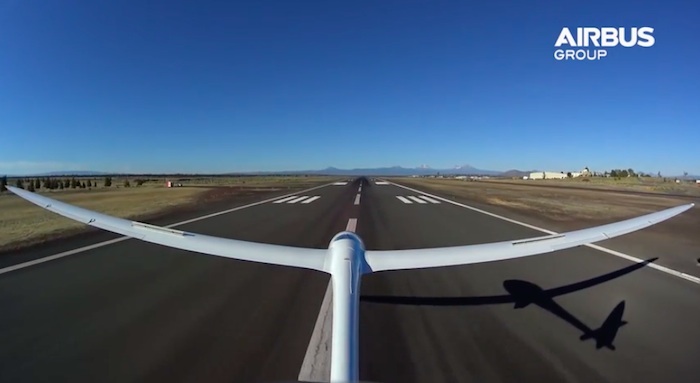 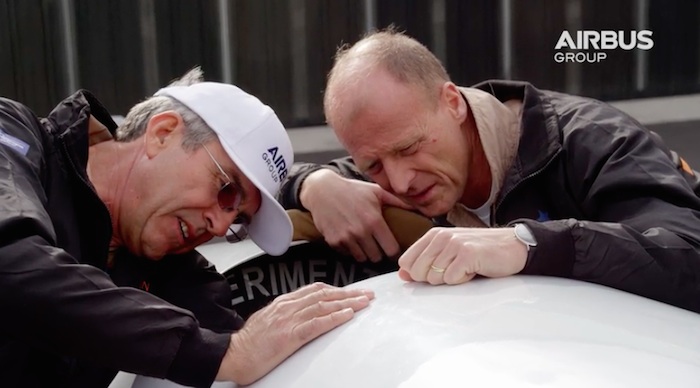 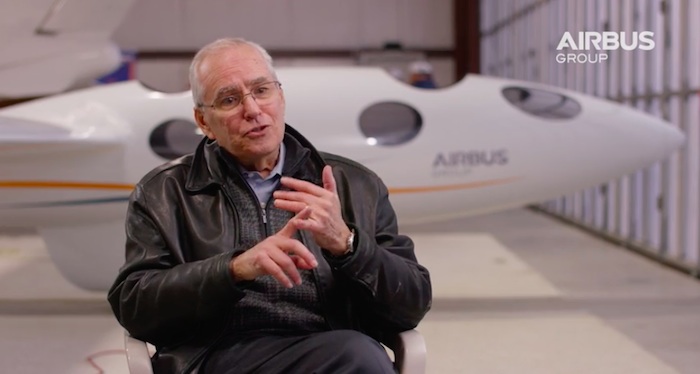 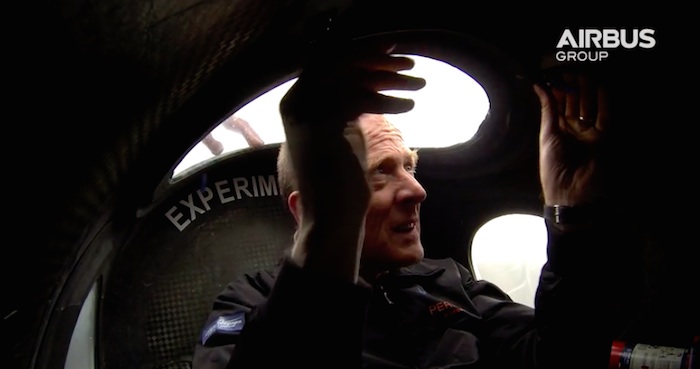 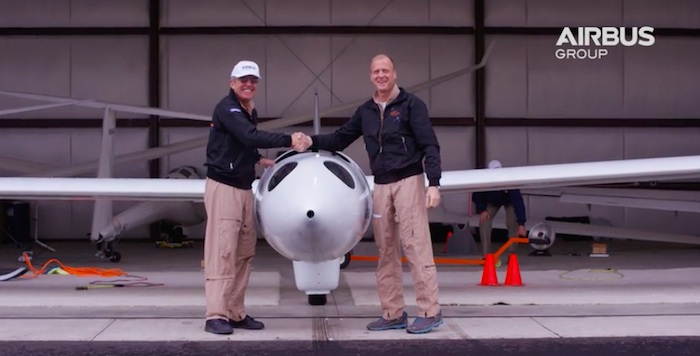 Quelle: Airbus Group
---
Perlan II stratospheric glider pressurized test flights begin
Airbus Group CEO Tom Enders worked alongside the all-volunteer flight test team for Airbus Perlan Mission II this weekend, as the program achieved a historic milestone with the start of pressurized flights. The Perlan 2 glider is designed to soar on wind currents to 90,000 feet as it researches high-altitude flight, climate change and the potential for wing-borne travel on Mars.
"It was a pleasure to meet with the devoted innovators behind a scientific mission that will break the world altitude record for level, controlled flight," Enders said. "This project began as the inspiration of a small group of talented volunteers, and has evolved into one of the boldest endeavors in modern aviation. We're proud to support a program that so perfectly embodies the pioneering spirit of Airbus."
Enders received a detailed briefing on the custom-built glider and its systems from Airbus Perlan Mission II chief pilot Jim Payne in the program's home hangar in Minden, Nevada. Perlan 2 relies on mountain waves - updrafts generated by winds crossing mountain ranges - to carry it aloft.
To reach the record-breaking altitudes necessary for its research program, however, the team will deploy later this year to a region in Argentina where mountain waves fed by the polar vortex travel all the way to the stratosphere.
The test flight program took a significant leap forward last week with a successful first pressurized flight, validating the system that will keep the crew alive in atmospheric conditions similar to those on Mars.
Enders joined Payne inside the pressurized aircraft for ground testing of its life-sustaining systems, though adverse weather conditions during his visit prevented the two from making a test flight.
Although the air density at 90,000 feet is just two percent the density at sea level, the pressurization system will maintain a cabin altitude of 15,000 feet.
The system allows pilots to safely operate without wearing the bulky pressure suits that hampered previous efforts to soar to the stratosphere in the unpressurized Perlan 1 glider. The crew of Perlan 2 breathes 100 percent oxygen from a rebreather system similar to what astronauts use in space.
"This aircraft will fly in a region of our atmosphere where no other aircraft has operated for sustained periods, and in doing so it will change our fundamental understanding of how our atmosphere works," Enders said.
"But we also hope it will change people's thinking about what is possible, and inspire a new generation of aerospace pioneers to push beyond their limits."
Quelle: SD
-
Update: 11.05.2016
.
With Perlan 2 glider, Airbus claim mantle of space pioneer 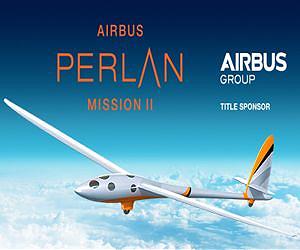 The space glider Perlan 2 is helping Airbus take on Silicon Valley's brightest innovators, even while pursuing technologies that might eventually lead to passenger flights in space.
The project's goal is to set an altitude record for the unpowered craft of 90,000 feet (27,400 meters) in the frigid temperatures at the edge of space (-70 Fahrenheit, -57 celsius), similar to the conditions on Mars.
The European aerospace firm has invested close to $4 million in the American group, Mission Perlan 2, which developed the ambitious project, and tested the craft Saturday in the skies over Nevada.
That sum makes Airbus the leading partner in Perlan 2, according to a source familiar with the deal. It represents 57 percent of the $7 million budget raised to build the glider.
If that amount seems paltry compared to the billions traditionally spent on new aeronautics technologies, it is still unexpected coming from a corporation whose work has always centered on passenger planes and helicopters.
"We make the airplane as simple as we can make it, so there is nothing we are doing that is cutting-edge for Airbus," Ed Warnock, chief executive of Perlan 2, told AFP.
Why, then, the interest by the huge conglomerate?
"It's an innovative project; this one fits very well to our image, to our reputation as an innovative company," said Tom Enders, Airbus's boss, who was co-pilot during Perlan 2's flight Saturday, which was cut short by cloudy conditions.
"It can contribute to research, and more importantly it can keep enthusiasm for flights (and be) inspirational for younger generations."
- A 'leading force' -
Experts say Airbus, founded in 1969 during the golden age of space conquest, figures that by linking itself to Perlan 2's stratospheric exploits, it can kill two birds with one stone.
If Perlan 2 manages to break the altitude record set in 1976 by the US Air Force's SR-71 reconnaissance plane -- as it hopes to do later this year in Argentina -- Airbus's name will go into the history books along with those of other great aeronautics pioneers.
At the same time, Airbus hopes to bask in the glow surrounding the visionary American billionaires Elon Musk (SpaceX) and Jeff Bezos (Blue Origin) as they work to develop reusable launch vehicles.
In less than 20 years, these late arrivals to the space race have become the center of attention for the aerospace industry, relegating traditional actors to the background.
Their technologies can also be used to collect data important for scientific research (as with climate change) or in detecting trends in natural resources like petroleum.
"Innovation is not happening just in Silicon Valley," Tom Enders said.
He said Airbus could be a "leading force" in expanding scientific horizons. "We are not afraid" to compete, he added.
So Airbus, which recently opened a center for technological innovation in California dubbed A3, plans to get as much media exposure as possible from Perlan 2.
- Next up: Helicopters on call? -
But this is not its only futuristic project. In partnership with the Uber transportation company, Airbus wants to develop a helicopter-on-call service.
Even more ambitious is a plan to build a flying car using artificial intelligence.
As conventional air corridors grow more crowded, Airbus wants to use Perlan 2 as a "platform" to test plans for airplanes that could cruise at altitudes of up to 60,000 feet (18,300 meters), well above the current limits of 41,000 feet (12,500 meters).
Perlan 2 will be collecting data on the tropopause -- the region between the troposphere, the lowest portion of Earth's atmosphere, and the stratosphere -- to help determine at what point waves of moving air masses in that zone become "dangerous type waves," said Ed Warnock.
"Are we really going to build gliders? Probably not," said Ken McKenzie, vice president for Airbus in North America.
"But do we care about the first pressurized glider that has ever flown -- that sounds pretty interesting," he said.
"It's all carbon fiber -- that's something we are excited about. They put integrated life support systems into a glider, and (we will) see how this can potentially be something we can use."
Marco Caceres, a space analyst with the Teal Group, said Airbus aims to be a leading pioneer in the field.
"Airbus is a commercial company, and so obviously they see a potential for profit, a potential for creating a new market, a new industry."
Quelle: SD
-
Update: 17.05.2016
.
Glider to Surf the Sky to the Edge of Space 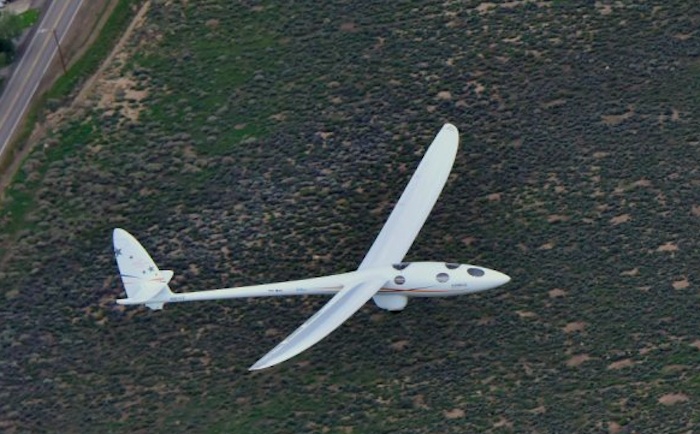 The Perlan 2 glider during a May 9 test flight over Minden, Nev.
AIRBUS
-
A decade after adventurer and pilot Steve Fossett sailed an engine-less airplane 50,722 feet into the stratosphere, a follow-on glider will attempt to best the record by riding mountain air waves to 90,000 feet, more than twice as high as commercial jets fly.
With backing from Airbus, the Perlan Project’s second glider is wrapping up a series of test flights in Nevada before it will be shipped to Argentina in August to attempt a new altitude record.
From deep in southern Patagonia -- the same place where Fossett and former NASA test pilot Einar Enevoldson, set their Aug. 30, 2006, sailplane altitude record -- Perlan 2 will aim for 90,000 feet, a region where the air is so thin it's more like flying on Mars than Earth.
“Perlan 2 will teach us about the viability of wing-borne flight on Mars. Airbus Defense and Space currently builds Martian rovers, but we envision a time when manned or unmanned aircraft could become viable platforms for future Martian exploration,” Airbus spokesman James Darcy wrote in an email to DNews.
. 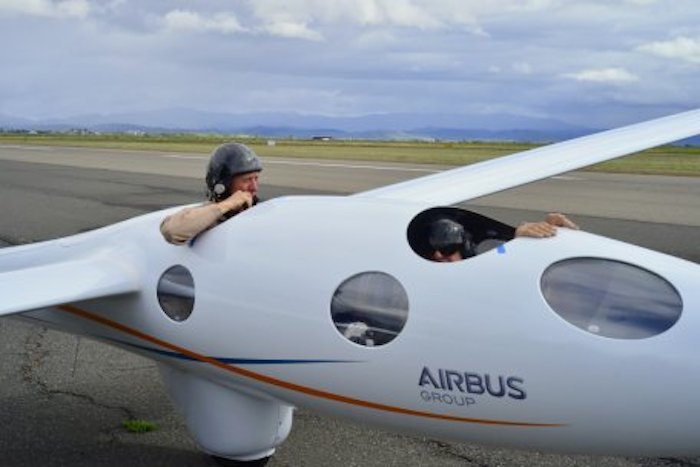 Perlan lead pilot Jim Payne, front, and Airbus chief executive Tom Enders, serving as co-pilot in rear, aboard Perlan 2 during a May 9 test flight in Nevada.
AIRBUS
-
The plane also will be outfitted with science instruments for climate change studies.
To reach 90,000 feet without engines, Perlan 2 will be towed into the air and released so its pilots can start searching for high-altitude updrafts of air, known as “mountain waves” around the Andes.
“Despite having no engine, the glider’s true flight speed at that altitude will be more than 400 mph and the air density will be less than two percent of what it is at sea level,” Airbus said in a press release.
The pressurized aircraft will be launched from El Calafate, Argentia, near the edge of the Southern Patagonian Ice Field.
Perlan 2 made its debut flight in Redmond, Oregon last September.
The Perlan Project was founded by Fossett, a businessman and adventure-seeker best known for his record-breaking global journeys by sailboat, balloon and solo airplane. Fossett died in a plane crash in 2007.
“While Perlan certainly appealed to us for both its pioneering spirit and its potential to inspire, there are tangible scientific benefits that may influence future Airbus innovations,” chief executive Tom Enders said in a statement.
“We’ll learn a great deal about the controllability of aircraft at high altitudes and low air density, which may influence the design of future commercial aircraft optimized for flying higher than today’s passenger jets,” Enders said.
Quelle: D-News
Raumfahrt
2510 Views
Created with page4