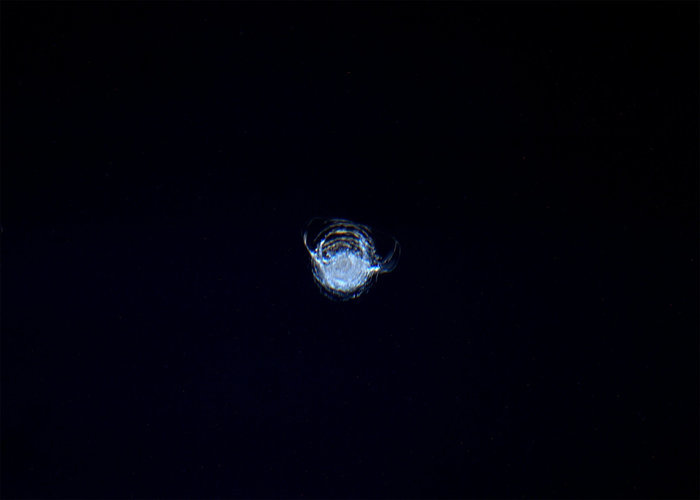 The European-built Cupola was added to the International Space Station in 2010 and continues to provide the best room with a view anywhere.
In addition to serving as an observation and work area when the crew operates the Station’s robotic arms, it also provides excellent views of Earth, celestial objects and visiting vehicles.
Its fused-silica and borosilicate-glass windows, however, sometime suffer from impacts by tiny artificial objects: space debris.
ESA astronaut Tim Peake took this photo from inside Cupola last month, showing a 7 mm-diameter circular chip gouged out by the impact from a tiny piece of space debris, possibly a paint flake or small metal fragment no bigger than a few thousandths of a millimetre across. The background just shows the inky blackness of space.
“I am often asked if the International Space Station is hit by space debris. Yes – this is the chip in one of our Cupola windows, glad it is quadruple glazed!” says Tim.
To cater for such possibilities, the Station is provided with extensive shielding around all vital crew and technical areas, so that minor strikes, like this one, pose no threat.
While a chip like the one shown here may be minor, larger debris would pose a serious threat. An object up to 1 cm in size could disable an instrument or a critical flight system on a satellite. Anything above 1 cm could penetrate the shields of the Station’s crew modules, and anything larger than 10 cm could shatter a satellite or spacecraft into pieces.
“ESA is at the forefront of developing and implementing debris-mitigation guidelines, because the best way to avoid problems from orbital debris is not to cause them in the first place,” says Holger Krag, Head of ESA’s Space Debris Office.
“These guidelines are applied to all new missions flown by ESA, and include dumping fuel tanks and discharging batteries at the end of a mission, to avoid explosions, and ensuring that satellites reenter the atmosphere and safely burn up within 25 years of the end of their working lives.”
. 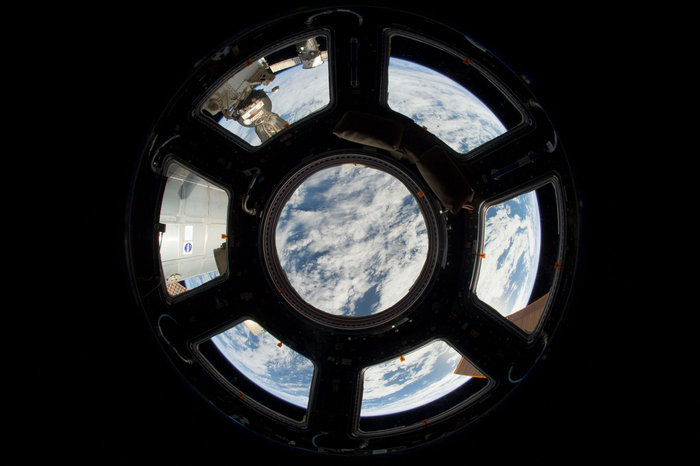 This remarkable image was taken by ESA astronaut Luca Parmitano through the International Space Station’s window on Earth: Cupola. Luca jokingly posted on Twitter: “Proof that the Earth is indeed round.”
- 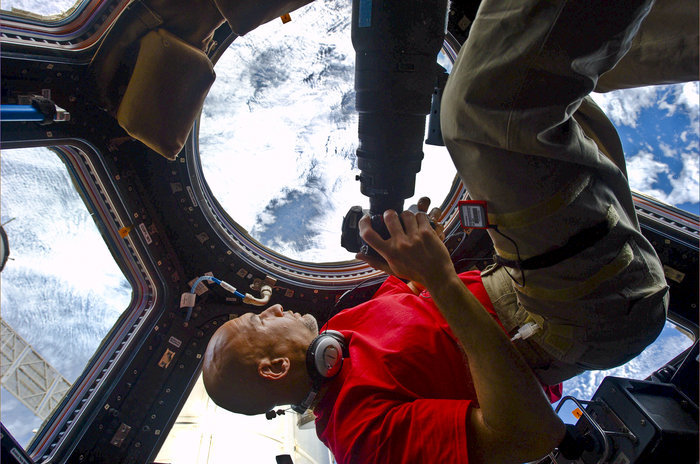 ESA astronaut Luca Parmitano waiting for a target on Earth to photograph in the Cupola observatory on the International Space Station.
Luca’s Volare mission involved over 30 experiments, three spaceship dockings and two spacewalks.
- 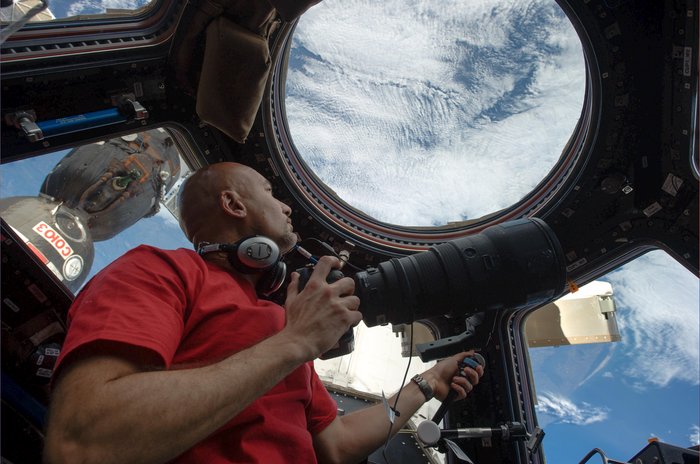