According to the source, the reason for the lag is a delay with the supply of components, as well as the production setup in Omsk, the long period of checks and the lack of equipment for testing
. 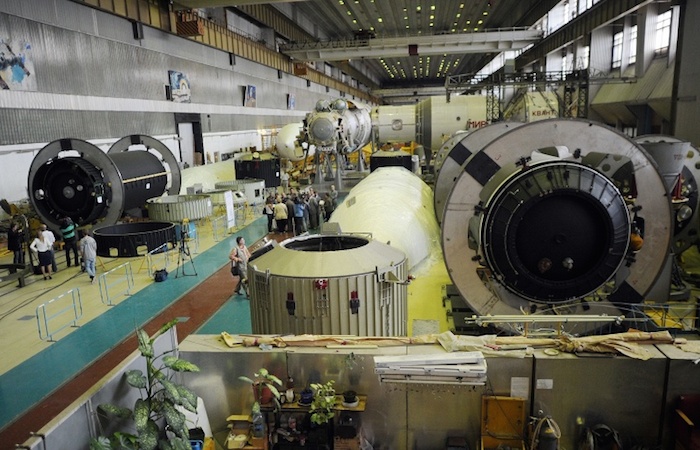 The production of units for the second flight prototype of Russia’s heavy-lift Angara-A5 carrier rocket is delayed for three months due to the manufacture and testing problems experienced by the Omsk-based Polyot Production Association, which is part of the Khrunichev State Research and Production Space Center (Moscow), a source in the space industry told TASS on Tuesday.
Khrunichev Center’s Director General Andrey Kalinovsky said previously that the company planned to deliver the second heavy-lift Angara-A5 rocket to the Russian Defense Ministry this year. Originally it was planned that the second Angara-A5 would be delivered to the Russian military in late 2015.
"The central and side units for the second Angara-A5 carrier rocket were to be made and shipped from Omsk to Moscow in March. According to the current plans, the manufacture and testing of the units should be completed in May, so, their delivery to the main enterprise is expected no earlier than in June," the source said.
According to him, the reason for the lag is the delay with the supply of components, as well as the production setup in Omsk, the long period of checks and the lack of certain equipment for testing.
In Moscow, the units will pass additional testing and the carrier rocket will be assembled, after which the launch vehicle will be transported to the Plesetsk cosmodrome (Arkhangelsk region) for the pre-launch preparation.
Angara is a new generation of Russia’s space rockets made on the basis of a universal rocket module with oxygen-kerosene engines. The Angara family includes the light rocket Angara-1.2 (liftoff mass 171 tons, payload 3.8 tons), medium Angara-A3 (481 tons, 1-14.6 tons) and heavy Angara-A5 (773 tons 3-24.5 tons), Angara-A7 (1,113 tons, 7.6-35 tons). These rockets will be used to launch a wide variety of payloads - satellites, manned spacecraft and inter-planetary space probes.
The first heavy-lift Angara rocket was launched from the Plesetsk cosmodrome in Russia’s north-western Arkhangelsk region on December 23, 2014. The second launch of the heavy-lift Angara rocket is officially scheduled for the end of 2016, however, a source in the space industry told reporters previously that the launch would be unlikely even in early 2017. The rocket is to place into orbit Angola’s telecommunications satellite the Angosat-1.
.