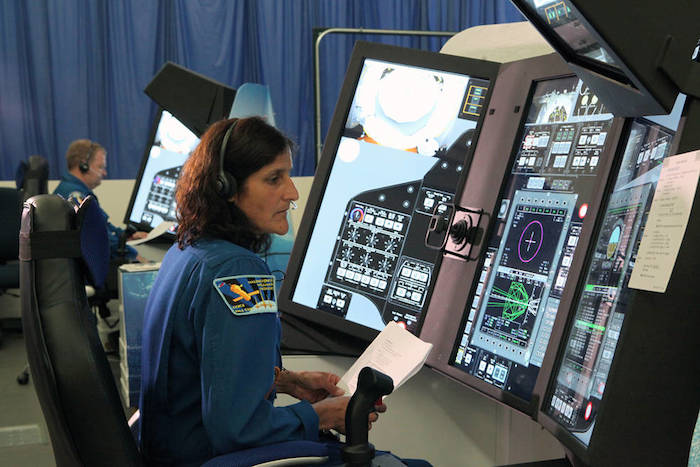 Astronauts Suni WIlliams and Eric Boe evaluate part-task trainers for Boeing's CST-100 Starliner at the company's St. Louis facility.
Credits: NASA/Dmitri Gerondidakis
-
NASA's commercial crew astronauts Suni Williams and Eric Boe tried out a new generation of training simulators at the Boeing facility in St. Louis Tuesday that will prepare them for launch, flight and returns aboard the company’s CST-100 Starliner spacecraft. The training also brought recollections of earlier eras when NASA's Mercury and Gemini spacecraft were built in St. Louis and astronauts routinely travelled to the city for simulator time.
NASA selected Bob Behnken, Doug Hurley, Boe and Williams in July to train for test flights aboard the Starliner ‎and SpaceX Crew Dragon to the International Space Station. The flight assignments have not been set, so all four of the astronauts are rehearsing for the Starliner and Crew Dragon test flights to the space station.
The part-task trainers, each large enough for one person at the controls and programmed to run through all the phases of a mission, are part of a suite of cloud-based and hands-on trainers that Boeing has built to prepare astronauts and mission controllers. The trainers will be shipped to NASA's Johnson Space Center in Houston this year so astronauts can use them daily to practice numerous situations from normal operations to unlikely emergencies.
Astronauts typically spend hours training in simulators for every minute they fly in space so they are familiar with planned activities and can react quickly to unusual events. They rehearse their own decisions, as well as learn the teamwork vital to successfully overcoming a hurdle.
“These simulators have touchscreen displays, which means they are more versatile than previous spacecraft trainers,” said Williams. “We can run multiple simulations by just changing software and then put that same software into a bigger crew simulator, which we will use to train the whole crew for a spaceflight.”
When wired into the extensive Boeing and NASA networks, the simulators will interact with launch and mission controllers to run rehearsals that are critical to preparing a crew to successfully fly a mission and recover from unforeseen events.
Later, a simulator the size of a Starliner flight deck will be finished and used in Houston to train the full-flight crew.
Chris Ferguson is a former space shuttle commander who is now deputy program manager and director of Crew and Mission Systems for Boeing's Commercial Crew Program building the Starliner. While in St. Louis, he also took part in the simulations with the two commercial crew astronauts.
"These Crew Part-Task Trainers form the foundational capability for the astronauts to interact with the Starliner," said Ferguson. "We'll continue to build on these training systems and the momentum leading to flight."
Simulators have long been a staple in astronaut training starting with those used by Mercury astronauts and advancing to the motion-based flight deck simulator shuttle astronauts spent hours inside working on launch and landing skills. The simulators for NASA's Mercury and Gemini astronauts were at Boeing's plant – then McDonnell Aircraft - in St. Louis and the crews routinely fine-tuned cockpit layouts and control stick mechanics by practicing with modifications in the simulators first. At the time, neither Kennedy Space Center in Florida, nor Johnson Space Center in Houston, had simulators.
“A considerable part of what we do here in St. Louis has been centered around developing trainers,” said Pete Meisinger, Program Manager for Boeing’s Space Vehicle Training Program. “After three years of working with Boeing experts in Houston and Florida, and with our NASA teammates, we are at a point where we are actually training astronauts. Bringing that expertise and melding it into these trainers has been an honor and an extraordinarily cool experience.”
The trainers used Tuesday were tailored to various aspects of the Starliner operations. Other simulators will be built to cover all the aspects of spaceflight, from boarding the spacecraft at the launch pad, to safely climbing out at the end of the mission. Just as it was for the flight portions of mission preparation, the goal is to prevent the astronauts from being surprised.
"The simulations are important for the flight tests, because this is the place to put it all together,” said Boe. “Think of the part-task trainer as our training wheels. As we get more familiar with the systems, the training wheels will come off and we will start advancing to the next systems. Eventually, we will work with another crew member, then with the whole flight control team.”
- 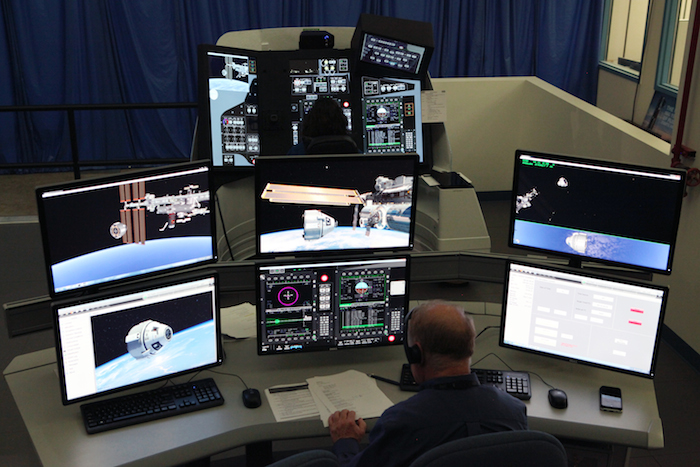 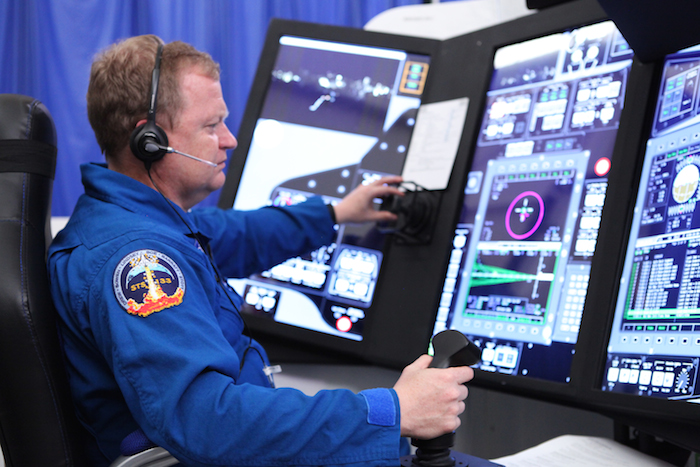 Astronaut Eric Boe runs mission scenarios in a Boeing part-task trainer that simulates CST-100 Starliner missions like those that will be flown for NASA's Commercial Crew Program.
Credits: NASA/Dmitri Gerondidakis
- 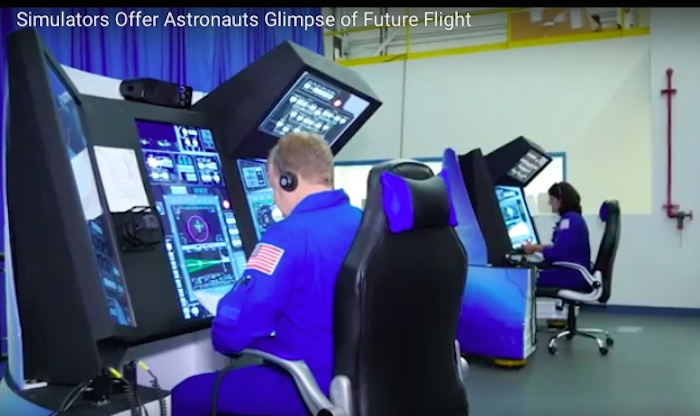 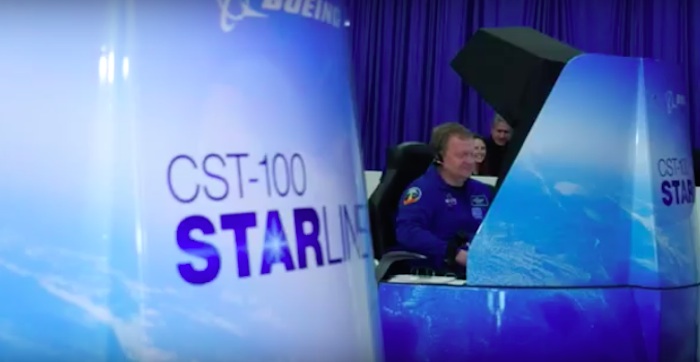 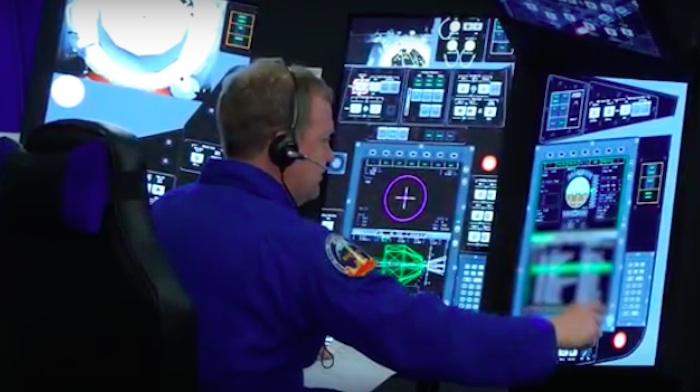 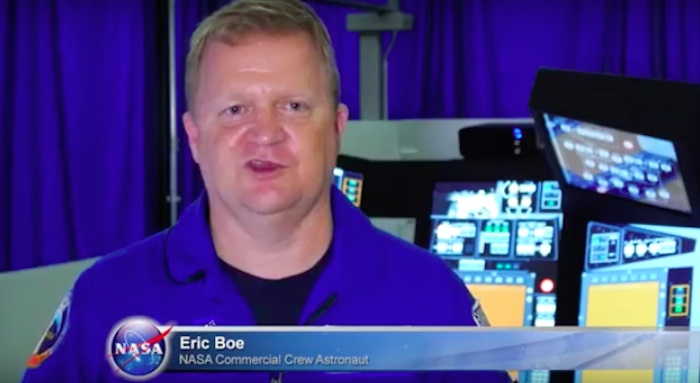 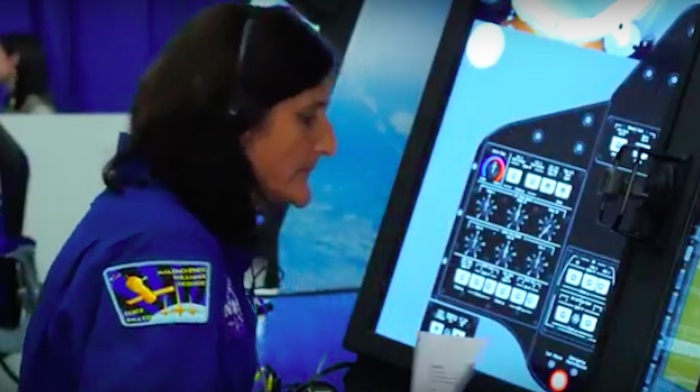