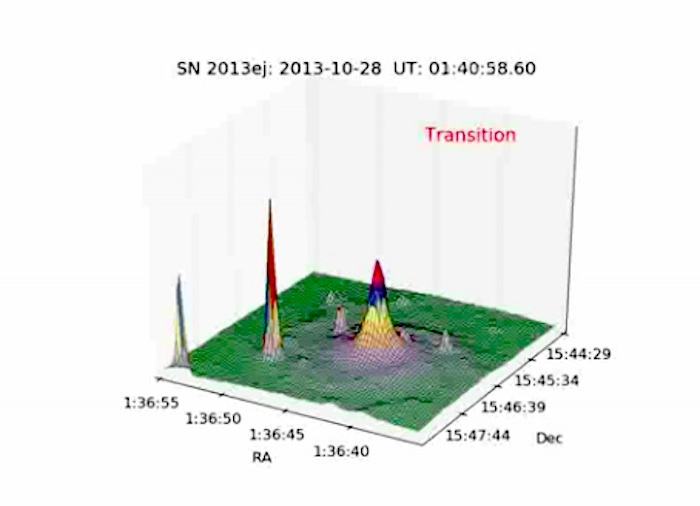 Fram: WATCH THE EXPLOSION OF A STAR IN THE M74 GALAXY AS IT GOES SUPERNOVA, VISIBLE BY CHANGES IN ITS BRIGHTNESS OVER TIME AS OBSERVED BY A ROBOTIC TELESCOPE.