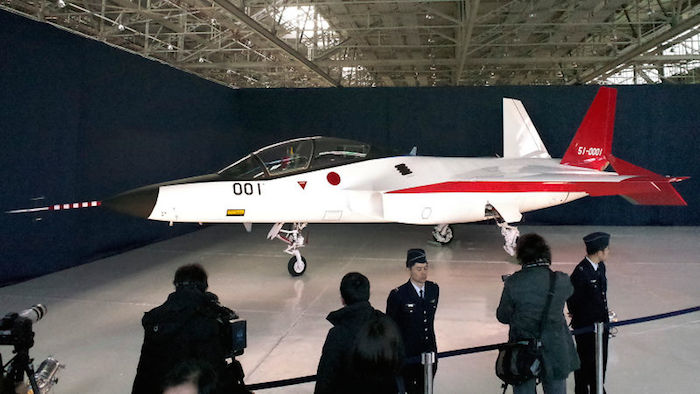 This is the X-2, Japan’s first domestically produced stealth fighter. Despite its not-so-stealthy paint job, it’s said to effectively avoid the gaze of enemy radar systems.
The X-2—previously known as ATD-X, for Advanced Technology Demonstrator X—was manufactured by Mitsubishi Heavy Industries for the the Japan Air Self-Defense Force. The primary goal is to replace the country’s aging fleet of fighter aircraft, and because Japan (or anybody else) cannot purchase Lockheed Martin F-22 Raptors, they developed their own aircraft with similar characteristics, spending $440 million so far.
The Japanese Ministry of Defense showed off the airplane at Nagoya Airport in Toyoyama today. X-2 is expected to make its maiden flight sometime after mid-February. If all goes to plan, Japan will be the fourth nation to fly its own stealth fighter jet—joining a club currently made up of the US, Russia, and China.
. 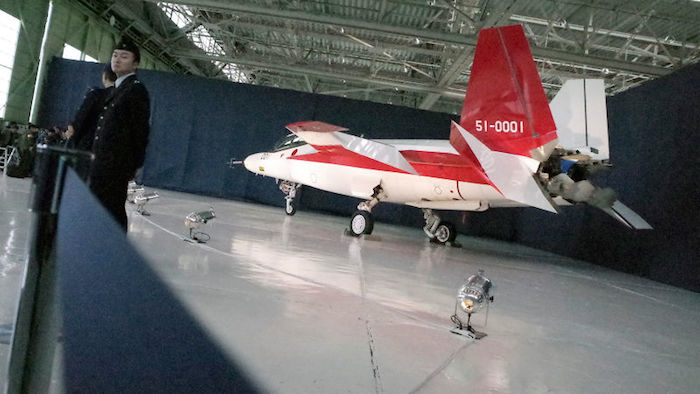 A stealth fighter by Mitsubishi Heavy Industries conducted its maiden flight Friday in Japan.
The X-2 prototype took off from Nagoya Airport and went through a series of trials to confirm basic maneuvers -- including climbing, descent and circling operations – before terminating the 23-minute flight at the Japan Air Self-Defense Force's Gifu Air Base, the company said.
"Control of the aircraft went exactly as in our simulated training sessions," said the unidentified pilot, "and after piloting the aircraft I'm 100 percent positive the X-2 is magnificent and will meet the Ministry of Defense's requirements."
The X-2 integrates an airframe, engines, and other advanced systems and equipment that is adaptable to future fighters. It is also the first stealth aircraft produced in Japan.
MHI has been developing the aircraft's airframe since 2009 with guidance from Japan's Acquisition, Technology & Logistics Agency and with the cooperation of 220 domestic companies.
"The maiden flight was significant to secure the necessary capability for a next-generation fighter jet," Defense Minister Gen Nakatani was quoted by Japan Times newspaper. "We can expect technological innovation in the aerospace industry as well as application of that technology in different fields."
Additional details of the maiden flight were not disclosed.
. 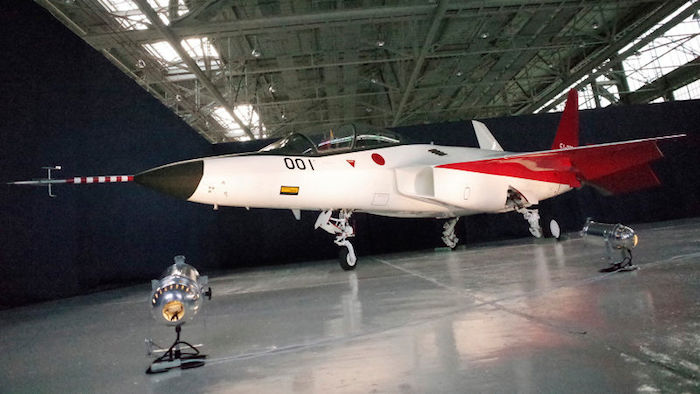