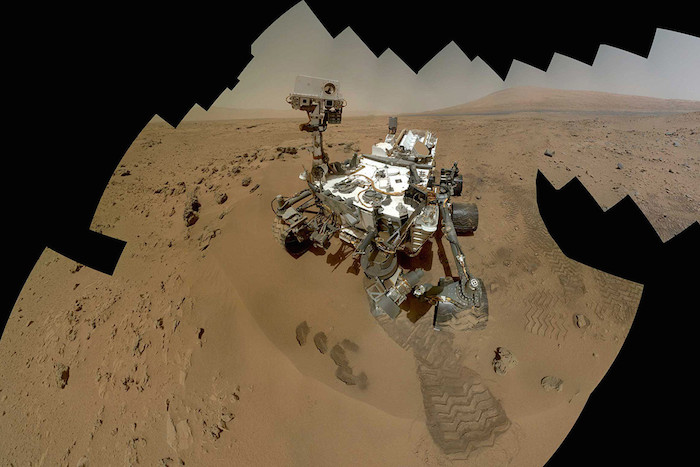 Rocks on the surface of Mars have yielded the best clue yet that the planet once had an atmosphere rich in oxygen.
Mars owes its sobriquet “the Red Planet” to the abundance of iron oxide, otherwise known as rust, on its surface. But in addition to all that iron, NASA’s Curiosity rover has now found substantial amounts of manganese oxide in rocks in Mars’s Gale crater.
“We found 3 per cent of rocks have high manganese oxide content,” Agnès Cousin of the Research Institute in Astrophysics and Planetology in Toulouse, France, told the European Geophysical Union meeting in Vienna, Austria, earlier this week. “That requires abundant water and strongly oxidising conditions, so the atmosphere may have contained much more oxygen than we thought.”
Mars’s current atmosphere is 95 per cent carbon dioxide and contains only trace amounts of oxygen. Nevertheless, many researchers have argued that Mars must once have been rich in atmospheric oxygen. This is the most direct evidence to date, the Curiosity team claim.
The rover identified the manganese oxide with the help of its ChemCam, an instrument which zaps rocks with a laser and analyses the resulting dust cloud to identify chemicals and minerals. The researchers haven’t yet pinned down the exact age of the manganese oxide, but hope to do so with future data from the rover.
Because many of the manganese oxide deposits are close to where a lake once existed in the crater, Cousin says that flowing liquid with dissolved oxygen in it may have played a part in its formation. “It’s a real possibility that there was oxygen in the atmosphere, and possibly water available locally that was oxidising,” she says.
If there was too much oxygen, though, it might not have been a good thing for early life, says Damien Loizeau of the University of Lyon, France. On Earth, oxidation breaks up biological molecules. The appearance of oxygen on Earth was linked to organisms that produced it, but was a disaster for those organisms’ neighbours.
“O2 is bad for life as we know it, but we only know life to be able to create large amounts of O2,” he says.
. 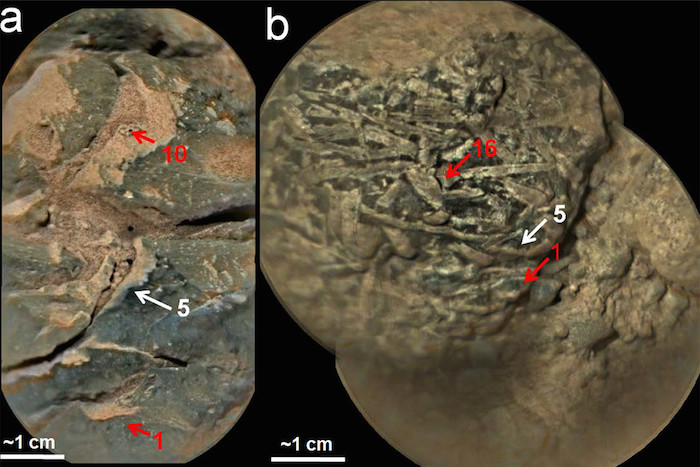