I HEART SUNSPOT: You gotta love AR2529. The giant sunspot has morphed into a heart more than three times wider than Earth. Karzaman Ahmad of the Langkawi National Observatory in Malaysia photographed the active region on April 13th:
. 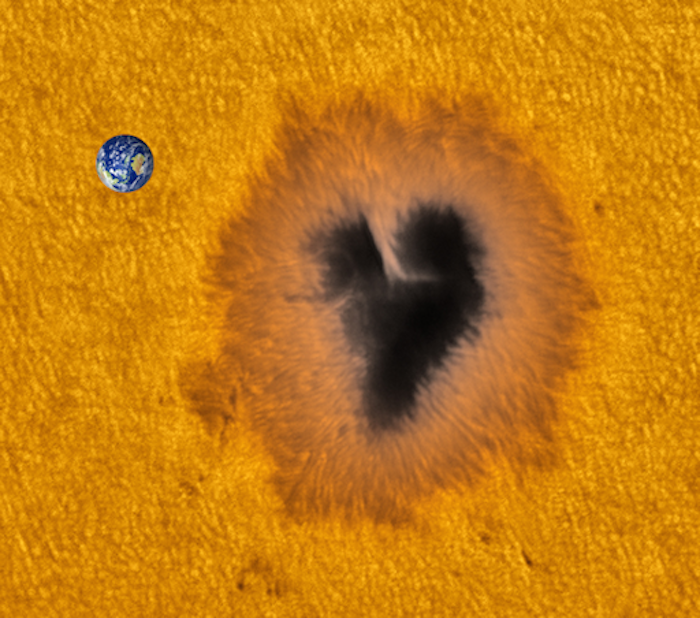 "I used an 11-inch Celestron telescope with solar filters to photograph the sunspot," says Ahmad. "It is very easy to see."
The dark heart of this sunspot is made of magnetism, a tangle of magnetic fields that blocks the upward flow of heat from the sun's interior. That's why it is dark, because it is cool compared to its fiery surroundings.
NOAA forecasters say there is a 10% chance of M-class solar flares from AR2529 on April 13th. If such a flare does occur, it will be geoeffective. The sunspot is directly facing Earth
. 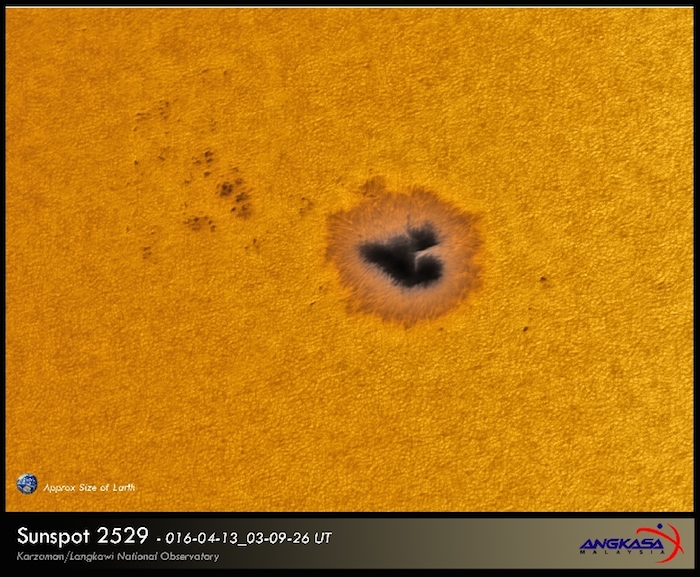