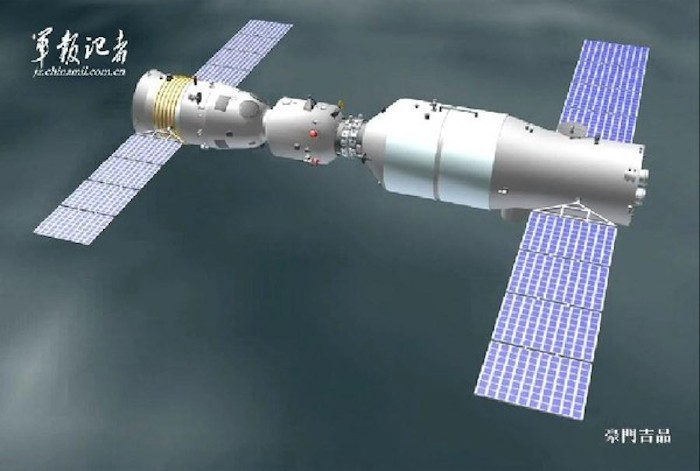 China's announcement in late March that telemetry to the Tiangong 1 space laboratory had ceased is disturbing. The language used in the original Xinhua story was vague, but strongly suggested that Tiangong 1 had malfunctioned. This analyst has waited more than a week for a correction, clarification, or resumption of telemetry to be announced by China. That hasn't happened. We can safely conclude that Tiangong 1 has truly fallen silent.
Without telemetry, China will be unable to receive data from Tiangong's scientific instruments. More disturbingly, it seems highly probable that China will be unable to control the laboratory. Tiangong 1 is now a rogue spacecraft. That's no problem in the short term, but it could become a matter of concern when its orbit finally decays.
In recent years, the world has experienced several cases of large satellites falling back to Earth on uncontrolled trajectories. Thankfully, there have been no catastrophes. But the spaceflight community relies too much on luck instead of planning for spacecraft returns. At some point, that luck will run out, serious damage to property or lives will appear, and the space industry will have to explain itself to the public.
This analyst had long expected that Tiangong 1 would be de-orbited with a controlled thruster burn at the end of its mission, safely fragmenting over the Pacific Ocean. That could have been China's original plan, but if Tiangong cannot be controlled, that plan is now moot.
Tiangong 1 is a large spacecraft with a high drag coefficient. It's also hollow, with a low density. It will be tricky to predict its behaviour as it enters the upper atmosphere and makes its final orbits. Nobody will be able to say when or where it will come back. Nobody can really be sure if fragments will reach the surface of the Earth, whether it is land or sea.
Right now, it's impossible to make an educated guess on even a rough "window" for Tiangong's return. The orbit is still high. Unpredictable factors such as solar activity will influence its orbital decay. We won't have an estimate until it starts to fall much lower.
Could China intervene in the situation? Probably not. Boffins have long speculated on the use of tugboat spacecraft to safely de-orbit satellites. A Progress cargo ship was used this way to guide the ageing Mir space station to a controlled re-entry. But China doesn't seem to have a suitable tugboat spacecraft in its inventory right now. It's unrealistic to think that such a spacecraft would be developed before Tiangong returns.
And don't expect other nations to supply the goods. It isn't clear if an uncrewed Shenzhou spacecraft could dock with Tiangong in its current state, or if China would bother wasting such an expensive piece of gear on such a mission. The first mission of China's new Tianzhou cargo ship (larger than Russia's Progress) is months in the future, and slated for a docking with another fully operational space laboratory.
The only alternative to an uncontrolled re-entry would be to attack Tiangong with an anti-satellite weapon. But this would be far more outrageous than a rogue satellite falling back. China received a torrent of international condemnation for its first successful ASAT test. America's use of a missile to shoot down one of its own experimental spy satellites was also controversial. China probably does not wish to revisit these problems at this time.
Thus, the wait-and-see saga of a large falling spacecraft will soon repeat. Hopefully, it will not end in disaster. Probably, it will not damage life or property. But the re-entry of Tiangong 1 will serve as another reminder that space debris can be a problem for Earth as well as near-Earth space. That's a lesson not only for China, but the world.
Quelle: SD
-
Update: 9.04.2016
.
Lessons from Tiangong 1 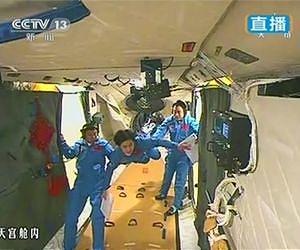 The recent telemetry failure from China's Tiangong 1 space laboratory has lessons for the whole space community. This analyst has previously reported on the issue of Tiangong 1's eventual uncontrolled re-entry, which will happen at a time and a place that cannot be exactly predicted right now. Tiangong 1's return is another hard lesson in the broader issue of re-entering spacecraft. Putting it bluntly, the whole space community needs to take this problem more seriously before we experience real tragedy.
Technical solutions are needed, but we also need to change attitudes and policies. There seems to be too much indifference and complacency within spaceflight on this subject, largely because most re-entries create no problems. This analyst calls upon educators and the younger upcoming generation of space engineers to pay closer attention to the subject. It could require a generational change to produce any real improvements in attitudes and actions.
That's probably the biggest lesson from the failure of Tiangong 1, but there are others. For China, the failure produces hard technical data on the longevity of Tiangong's sub-systems. This analyst has previously noted that leaving Tiangong 1 in orbit for an extended period was partially an engineering test. Much of the gear on board this module is probably destined to re-appear on the Chinese Space Station, which is expected to function for much longer than this small laboratory.
We don't know how Tiangong's various parts have fared over the years, but the failure of the telemetry system is critical. China now knows roughly how long this system can function, although testing just one spacecraft doesn't give enough data points for calculating a good mean time between failures.
Clearly, China will need to reconsider the reliability and longevity of some of these components. In turn, this could lead to more testing and re-designs. The biggest impact could be delays to the eventual launch of the Chinese Space Station, which has been seems to have been fast-tracked in recent times.
Of course, the failure of the telemetry could have been caused by the failure of other components that assist in telemetry, such as power systems or computers. We don't know if these failed, and it isn't clear if the Chinese themselves know. There will be much to reconstruct based on whatever data China gathered before the failure.
The failure of Tiangong 1 seems to have caught the Chinese by surprise. It suggests that something failed suddenly, with no prior warning. Otherwise, China probably would have taken steps to safely de-orbit the module before it became a rogue spacecraft. This is also a useful lesson. Perhaps some sort of back-up system could be necessary for future missions.
Right now, we have no signs that the launch of Tiangong 2, expected late this year, will be affected. But that could change. China may wish to replace some components. In any case, it seems clear that a Tiangong module can function well enough to support short crew expeditions, assuming they are launched within a year of the module itself.
One way to gather more data before the Chinese Space Station is launched could be a reshuffle of the Tiangong laboratory program. This was originally expected to include three Tiangong laboratories, gradually growing in sophistication. The third Tiangong seemed to have been deleted from the program to allow China to rush the Chinese Space Station into operation.
China may now choose to bring Tiangong 3 back into its plans. This could allow new components to be tested for an extended period on an actual space mission. China may decide to not even launch crew expeditions to the module. It could simply be an engineering test.
China has released no further information on Tiangong 1 or any responses since the initial announcement in March. There's probably nothing else to say right now. But lessons need to be drawn from this unexpected problem.
Quelle: SD
Raumfahrt
« Zum vorherigen Eintrag Zum nächsten Eintrag »
2319 Views
Created with page4