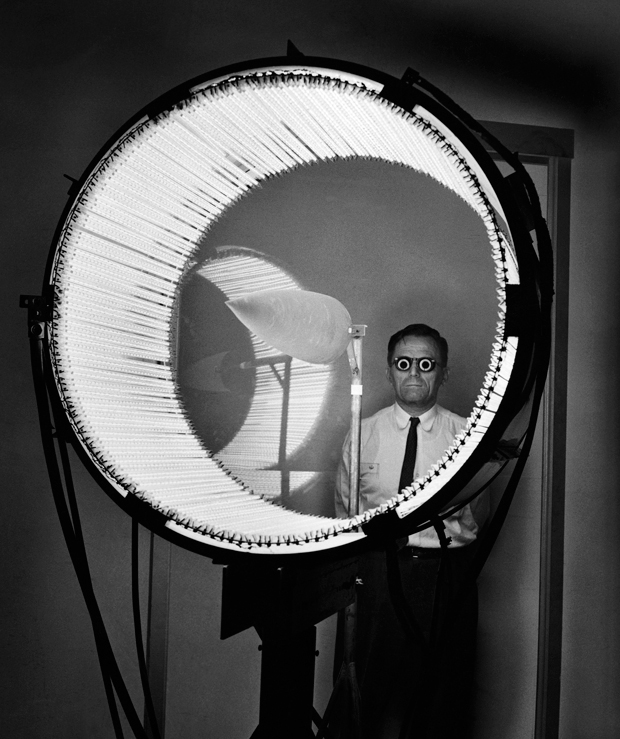 Photo: Don Cravens/The LIFE Images Collection/Getty Images
.
Going to space is easy. Coming back in one piece is hard.
Rockets start off moving slowly at the bottom of the Earth’s atmosphere, where the air pressure is highest. As they gain altitude, and the danger of overheating or structural failure due to dynamic pressure decreases, rockets can go faster and faster.
When it’s time to head back from space, you’d ideally like to be going as slowly as possible when you reach Earth’s atmosphere. But even on a suborbital mission, it’s not possible to bring along enough fuel to neutralize the spacecraft’s accumulated velocity. Consequently, you end up with a high-speed object slamming into the atmosphere and heating up rapidly in the process. (This kind of thing goes on all the time with meteoroids; the resulting vaporization of solid rock is visible as a shooting star.)
The “reentry problem” was the bête noire of the early space age—well enough known to the general public that comedian Bob Newhart used it as the punch line to a popular 1961 comedy routine.
Solving the problem was vital not just for space exploration but also for the more prosaic tasks of returning film from spy satellites and delivering nuclear warheads intact to their targets.
In the picture above, a scientist looks on as a pointed nose cone is heated to mimic reentry conditions. Such nose cones derived from research on supersonic aircraft, which had sharp, pointed profiles to slice through the atmosphere, generating as little drag and air resistance as possible. But a revolution in nose cone design was under way. In April 1958, Harry Julian Allen and Alfred J. Eggers Jr. publicly published a groundbreaking report “blunt body” reentry vehicles.
The report described recently declassified research that Allen and Eggers had been conducting since 1951. Their work showed that, surprisingly, a vehicle that offered a lot of drag was best for reentry. The rounded nose cones of blunt-body rockets produced a shock wave of compressed air ahead of the vehicle, which radiated away most of the heat caused by reentry. Ablative coatings, which carry away heat as they slowly disintegrate, took care of much of the rest.
Determining whether Allen and Eggers’s secret idea actually worked had fallen in no small part to Wernher von Braun, who built a series of research rockets for the U.S. Army Ballistic Missile Agency. The most notable of these was the Jupiter-C, used to test blunt-body warhead nose cones in 1956 and 1957. At the time, von Braun was under strict orders to make sure none of his launches resulted in the orbiting of a nose cone as Earth’s first satellite. But when the U.S. Navy’s Vanguard rocket failed to answer the challenge posed by the Soviet’s October 1957 launch of Sputnik, von Braun’s test rocket was quickly repurposed as the booster for America’s first (albeit nonreturning) satellite, Explorer 1, in January 1958.
This article appears in the March 2016 print issue as “The Ballistic Broiler.”
Part of a continuing series looking at old photographs that embrace the boundless potential of technology, with unintentionally hilarious effect.
Quelle: IEEE
Raumfahrt
2135 Views
Created with page4