Nearby star is hidden by its companion for 3.5 years 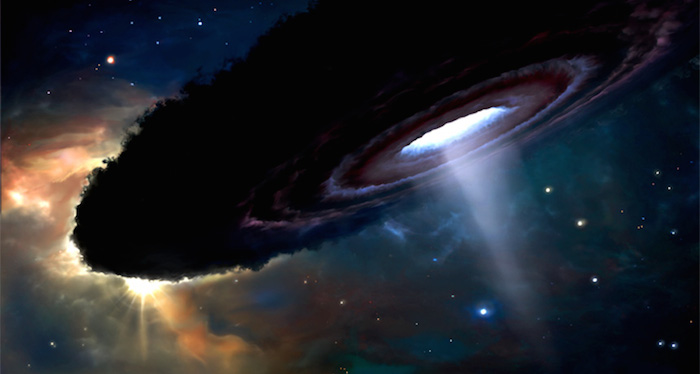 Once every 69 years, a nearby star dramatically dims for about three and a half years during the longest known stellar eclipse in our galaxy.
The star, called TYC 2505-672-1, is a red giant, about 26 light-years away in the constellation Leo Minor. The star is orbited by a dim, hot companion star that appears to be enveloped by a thick cloud of dust roughly one to three times as wide as Earth’s orbit. The cloud, reported in an upcoming Astronomical Journal, blocks much of the red star’s light from reaching Earth for a good long time.
Researchers already knew that TYC 2505-672-1 had drastically faded recently. But astronomer Joseph Rodriguez of Vanderbilt University in Nashville and colleagues scoured data from many telescopes — including a Harvard University photograph archive dating back to 1890 — and found that the starlight dipped and rebounded not only between 2011 and 2015 but also in the 1940s. The previous eclipse record holder was Eta Aurigae, a star 243 light-years away that dims for about 24 months every 27 years.
Quelle: ScienceNews
Astronomie
1671 Views
Created with page4