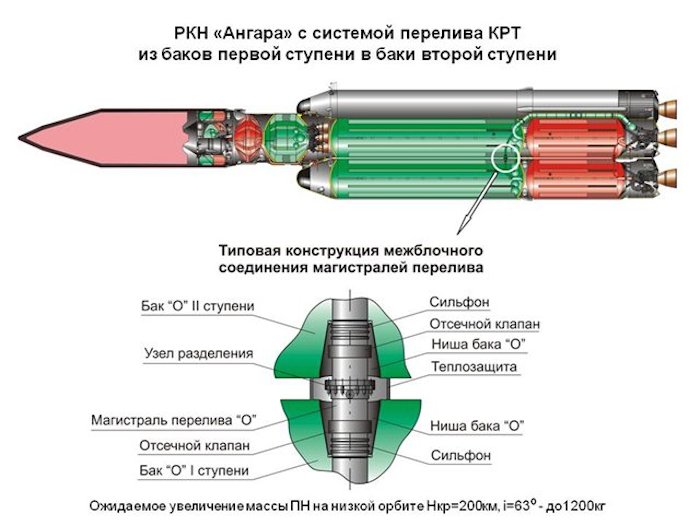 Russia’s space authority, Roskosmos, has extended to the Khrunichev space centre the term for work on Angara-A5B heavy-class carrier, which would be able to bring space apparatuses to the Moon, a source at the space sector told TASS on Saturday. "Technical aspects are mostly finalised, but we were still to consider additionally the cooperation aspects, as well as additional decisions on launches of the Angara-class carriers from one launch pad," the source said. The Angara-A5B was supposed to be used for launching a manned spacecraft to the trajectory of flight to the Moon, he said. The Angara project is most important from the point of view of Russia’s share in the global market of launch services, since practically all space countries continue or begin work on heavy-class carriers. Under the programme, the ground experiments involving the Angara-A5B carrier rocket are to be completed in 2025. No test flights are being planned for an earlier date. The previous draft of the federal space programme, which had been prepared before budget cuts, envisaged Angara’s first flight with a test weight onboard in 2023. In 2024, the rocket was supposed to have delivered a manned transport spacecraft of a new generation to orbit. Another two launches with the help of Angara’s new modification were scheduled for 2025 when a new manned spaceship was supposed to fly over the Moon. A total of 77,461 billion roubles (about 971.2 million U.S. dollars) will be allocated for creating a heavy-class rocket complex, including the Angara-A5; Angara-A5P (manned) and Angara-A5B rockets, at Vostochny spaceport located near Uglegorsk in Russia’s far eastern Amur region plus the expenses for the construction of a launch site which is being financed under a federal target programme for developing cosmodromes in Russia in 2016-2025. It is almost 19 billion roubles (238.4 million U.S. dollars) less than envisaged by the April project (96.190 billion roubles or 1.2 billion U.S. dollars). Earlier, Yuri Koptev, the head of the Roskosmos technical and scientific council, told journalists that the creation of a modified Angara-A5B carrier rocket would cost 37 billion roubles (464.3 million U.S. dollars); while the cost of the entire Angara -A5B programme, including the construction and the fitting out of all ground infrastructure for this carrier rocket, is estimated at 150 billion roubles (1.8 billion U.S. dollars). The main thing that differs Angara-A5B from Angara-A5 is a modified oxygen-hydrogen third stage, which has replaced the old oxygen-kerosene stage used in Angara-5. The new modification will make it possible to increase the cargo capacity by 10 tonnes. The requirements of the Roskosmos scientific and technical council provided for putting a 35-tonne payload in the low orbit. The new draft project increases the parameter to 38 tonnes. The original budget of the federal space programme was estimated at 1.4 trillion (17.5 billion U.S. dollars); another 115 billion roubles (1.4 billion U.S. dollars) will be allocated after 2021. The draft submitted in spring 2015 provided for the allocation of 2 trillion roubles /25 billion U.S. dollars/.
Quelle: TASS
Raumfahrt
« Zum vorherigen Eintrag Zum nächsten Eintrag »
2176 Views
Created with page4