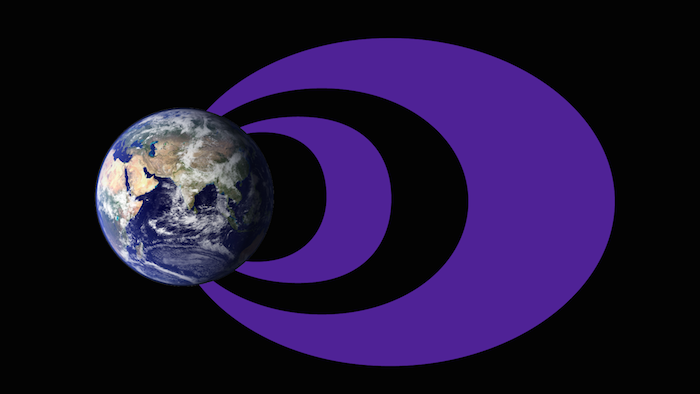 (Illustration) The traditional idea of the radiation belts includes a larger, more dynamic outer belt and a smaller, more stable inner belt with an empty slot region separating the two. However, a new study based on data from NASA’s Van Allen Probes shows that all three regions — the inner belt, slot region and outer belt — can appear different depending on the energy of electrons considered and general conditions in the magnetosphere.
Credits: NASA Goddard/Duberstein
- 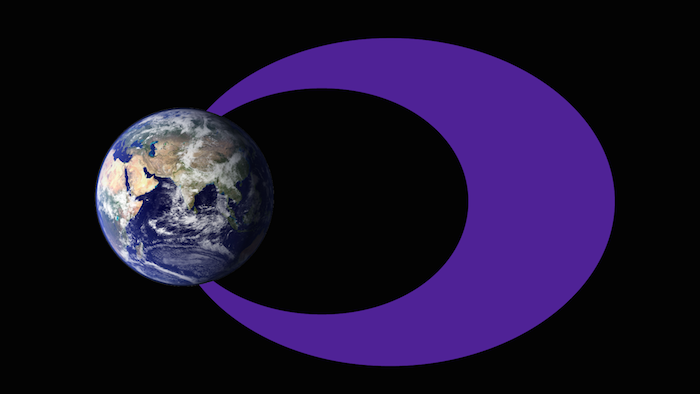 (Illustration) At the highest electron energies measured — above 1 megaelectron volt (Mev) — researchers saw electrons in the outer belt only.
Credits: NASA Goddard/Duberstein
.
About 600 miles from Earth’s surface is the first of two donut-shaped electron swarms, known as the Van Allen Belts, or the radiation belts. Understanding the shape and size of the belts, which can shrink and swell in response to incoming radiation from the sun, is crucial for protecting our technology in space. The harsh radiation isn't good for satellites’ health, so scientists wish to know just which orbits could be jeopardized in different situations.
Since the 1950s, when scientists first began forming a picture of these rings of energetic particles, our understanding of their shape has largely remained unchanged — a small, inner belt, a largely-empty space known as the slot region, and then the outer belt, which is dominated by electrons and which is the larger and more dynamic of the two. But a new study of data from NASA’s Van Allen Probes reveals that the story may not be so simple.
“The shape of the belts is actually quite different depending on what type of electron you’re looking at,” said Geoff Reeves from Los Alamos National Laboratory and the New Mexico Consortium in Los Alamos, New Mexico, lead author on the study published on Dec. 28, 2015, in the Journal of Geophysical Research. “Electrons at different energy levels are distributed differently in these regions.”
Rather than the classic picture of the radiation belts — small inner belt, empty slot region and larger outer belt — this new analysis reveals that the shape can vary from a single, continuous belt with no slot region, to a larger inner belt with a smaller outer belt, to no inner belt at all. Many of the differences are accounted for by considering electrons at different energy levels separately.
“It’s like listening to different parts of a song,” said Reeves. “The bass line sounds different from the vocals, and the vocals are different from the drums, and so on.”
The researchers found that the inner belt — the smaller belt in the classic picture of the belts — is much larger than the outer belt when observing electrons with low energies, while the outer belt is larger when observing electrons at higher energies. At the very highest energies, the inner belt structure is missing completely. So, depending on what one focuses on, the radiation belts can appear to have very different structures simultaneously.
These structures are further altered by geomagnetic storms. When fast-moving magnetic material from the sun — in the form of high-speed solar wind streams or coronal mass ejections — collide with Earth’s magnetic field, they send it oscillating, creating a geomagnetic storm. Geomagnetic storms can increase or decrease the number of energetic electrons in the radiation belts temporarily, though the belts return to their normal configuration after a time.
These storm-driven electron increases and decreases are currently unpredictable, without a clear pattern showing what type or strength of storm will yield what outcomes. There’s a saying in the space physics community: if you’ve seen one geomagnetic storm, you’ve seen one geomagnetic storm. As it turns out, those observations have largely been based on electrons at only a few energy levels.
“When we look across a broad range of energies, we start to see some consistencies in storm dynamics,” said Reeves. “The electron response at different energy levels differs in the details, but there is some common behavior. For example, we found that electrons fade from the slot regions quickly after a geomagnetic storm, but the location of the slot region depends on the energy of the electrons.”
Often, the outer electron belt expands inwards toward the inner belt during geomagnetic storms, completely filling in the slot region with lower-energy electrons and forming one huge radiation belt. At lower energies, the slot forms further from Earth, producing an inner belt that is bigger than the outer belt. At higher energies, the slot forms closer to Earth, reversing the comparative sizes.
The twin Van Allen Probes satellites expand the range of energetic electron data we can capture. In addition to studying the extremely high-energy electrons — carrying millions of electron volts — that had been studied before, the Van Allen Probes can capture information on lower-energy electrons that contain only a few thousand electron volts. Additionally, the spacecraft measure radiation belt electrons at a greater number of distinct energies than was previously possible.
“Previous instruments would only measure five or ten energy levels at a time,” said Reeves. “But the Van Allen Probes measure hundreds.”
Measuring the flux of electrons at these lower energies has proved difficult in the past because of the presence of protons in the radiation belt regions closest to Earth. These protons shoot through particle detectors, creating a noisy background from which the true electron measurements needed to be picked out. But the higher-resolution Van Allen Probes data found that these lower-energy electrons circulate much closer to Earth than previously thought.
“Despite the proton noise, the Van Allen Probes can unambiguously identify the energies of the electrons it’s measuring,” said Reeves.
Precise observations like this, from hundreds of energy levels, rather than just a few, will allow scientists to create a more precise and rigorous model of what, exactly, is going on in the radiation belts, both during geomagnetic storms and during periods of relative calm.
“You can always tweak a few parameters of your theory to get it to match observations at two or three energy levels,” said Reeves. “But having observations at hundreds of energies constrain the theories you can match to observations.”
The Johns Hopkins Applied Physics Laboratory in Laurel, Maryland, built and operates the Van Allen Probes for NASA's Science Mission Directorate. The mission is the second mission in NASA's Living With a Star program, managed by NASA's Goddard Space Flight Center in Greenbelt, Maryland.
. 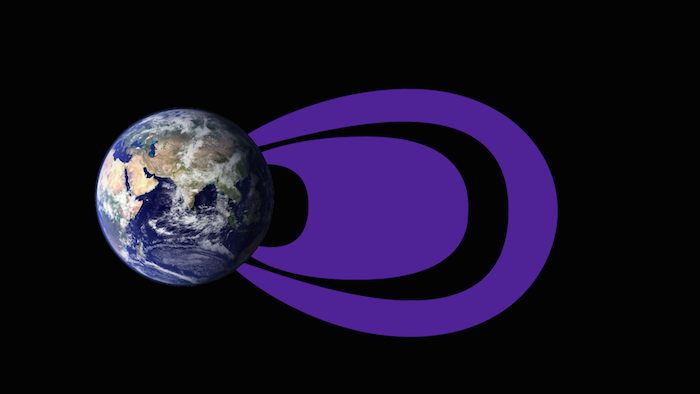 (Illustration) The radiation belts look much different at the lowest electron energy levels measured, about 0.1 MeV. Here, the inner belt is much larger than in the traditional picture, expanding into the region that has long been considered part of the empty slot region. The outer belt is diminished and doesn’t expand as far in these lower electron energies.
Credits: NASA Goddard/Duberstein
. 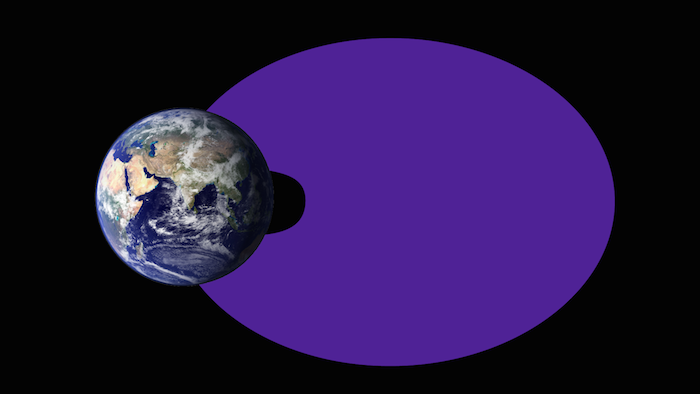 (Illustration) During geomagnetic storms, the empty region between the two belts can fill in completely with lower-energy electrons. Traditionally, scientists thought this slot region filled in only during the most extreme geomagnetic storms happening about once every 10 years. However, new data shows it’s not uncommon for lower-energy electrons — up to 0.8 MeV — to fill this space during almost all geomagnetic storms.
Credits: NASA Goddard/Duberstein
Quelle: NASA
Astronomie
« Zum vorherigen Eintrag Zum nächsten Eintrag »
2461 Views
Created with page4