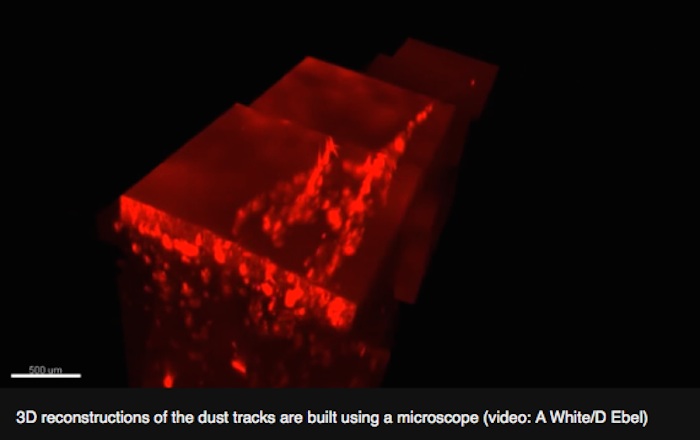 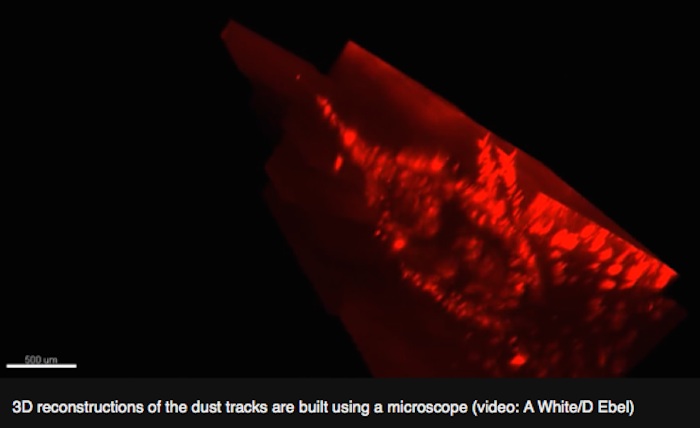 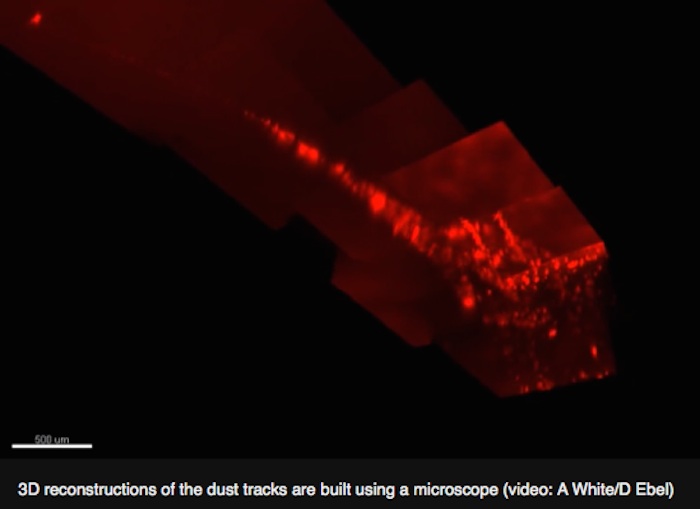 Scientists in the US are making detailed 3D maps of the cavities carved by comet dust in blocks of foam carried by Nasa's Stardust spacecraft.
Stardust visited Comet Wild 2 in 2004, catching samples from its dusty tail in specially made slabs of "aerogel".
By studying the tracks with microscopes and synchrotron X-rays, researchers aim to reconstruct exactly what kind of particles first hit the gel.
They are also identifying extra, tiny grains to be extracted and tested.
"We want to tell people where the interesting grains are," said Amanda White, a student working on the project at the American Museum of Natural History in New York.
None of the volatiles made it back to earth... The idea is to make simulations where we can put those ices and gases back in
Amanda White, American Museum of Natural History
She presented her work this week at the 227th meeting of the American Astronomical Society in Florida.
Most work on Stardust samples to date has selected the grains using regular optical images, concentrating on the relatively large particles that burrowed their way right into the foam.
But when the dust first slammed into the gel at 6km/s (13,421mph) it carved out complex shapes, often resembling a teardrop, with a large bulb near the entry point that gradually narrows down to a point, where the biggest remaining grain can be found.
. 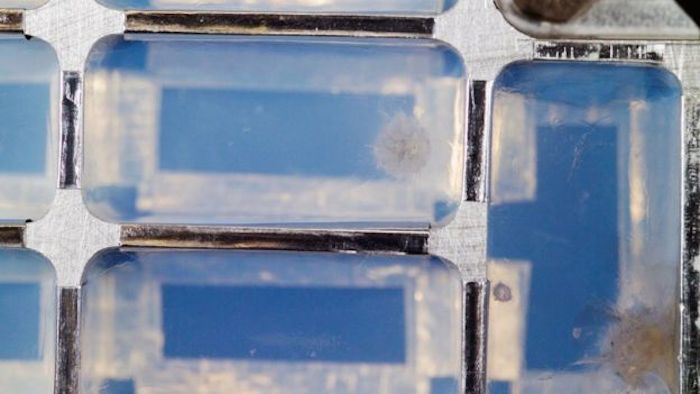 Ms White and her colleagues believe that mapping these tracks - made of empty space, squashed and melted aerogel, and minuscule amounts of comet residue - will yield valuable information about the original culprit grain. What was its size, its consistency, its chemical composition?
"We can estimate the size of the original particle, just by looking at the entry hole of the track. But we think we can do better than measuring the hole," she told the BBC.
"We essentially want to do the same thing as what they do in a crime show, when they're doing ballistics."
The reconstruction effort is complicated, Ms White explained, because the remains are partial.
"None of the volatiles - none of the gases or the ices that we know were in the comet - made it back to earth. They all evaporated or sublimed. We may have some residue in the track walls, but for the most part we just have the rocky materials.
"The idea is to make simulations where we can put those ices and gases back in - and then see if they make similar shapes to what we see."
. 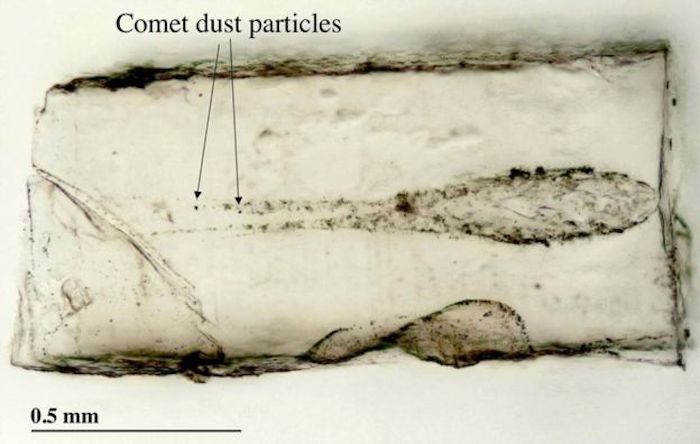 To scan the precise shape of the tracks, the team has been using a confocal microscope. This makes very fine optical slices of the sample, which can then be stacked up to recreate it in 3D.
This microscopic map can reveal additional complexity, such as the two offshoots to the main bulb seen in the video above.
But the researchers have also been using a synchrotron - a huge particle accelerator that makes powerful X-rays - to determine some of the chemical make-up of any material lining the walls of the cavity.
When these views are combined, according to project leader Denton Ebel, the result is a valuable map for other teams wanting to take a closer look at the juiciest, tiniest comet fragments.
"The synergy of the data sets and their utility in identifying, harvesting, and analyzing high-value cometary samples is the big payoff," Prof Ebel said.
.

Images from a confocal microscope create a 3D scan of the track...

...while synchrotron X-rays map the presence of particular elements - in this case, iron
.
Next, the team is planning to add a Raman spectrometer, which can reveal even more complex chemistry than the X-rays, directly to the confocal microscope.
"Then we can get preliminary compositional data from the confocal as well," said Ms White.
"Other groups have used a Raman spectrometer in the past, but they can only really see the larger particles on the end of the track. With our microscope, we can see all the fine material in the bulb."
Quelle: BBC
Astronomie
« Zum vorherigen Eintrag Zum nächsten Eintrag »
1955 Views
Created with page4