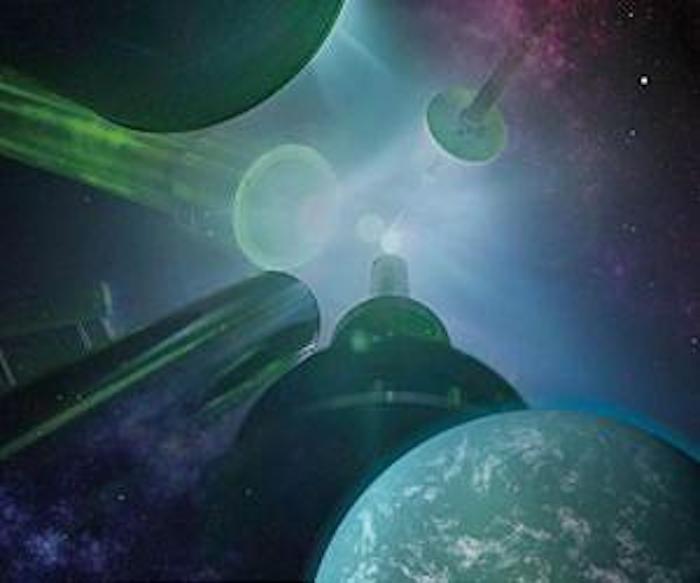 Lab discovery gives glimpse of conditions found on other planets

Scientists have recreated an elusive form of the material that makes up much of the giant planets in our solar system, and the sun. Experiments have given a glimpse of a previously unseen form of hydrogen that exists only at extremely high pressures - more than 3 million times that of Earth's atmosphere.
Hydrogen - which is among the most abundant elements in the Universe - is thought to be found in this high-pressure form in the interiors of Jupiter and Saturn.
Researchers around the world have been trying for years to create this form of the element, known as the metallic state, which is considered to be the holy grail of this field of physics. It is believed that this form of hydrogen makes up most of the interiors of Jupiter and Saturn.
The metallic and atomic form of hydrogen, formed at elevated pressures, was first theorised to exist 80 years ago. Scientists have tried to confirm this in lab experiments spanning the past four decades, without success.
In this latest study from a team of physicists at the University of Edinburgh, researchers used a pair of diamonds to squeeze hydrogen molecules to record pressures, while analysing their behaviour.
They found that at pressures equivalent to 3.25 million times that of Earth's atmosphere, hydrogen entered a new solid phase - named phase V - and started to show some interesting and unusual properties. Its molecules began to separate into single atoms, while the atoms' electrons began to behave like those of a metal.
The team says that the newly found phase is only the beginning of the molecular separation and that still higher pressures are needed to create the pure atomic and metallic state predicted by theory.
The study, published in Nature, was supported by a Leadership Fellowship from the Engineering and Physical Sciences Research Council.
Professor Eugene Gregoryanz, of the University of Edinburgh's School of Physics and Astronomy, who led the research, said: "The past 30 years of the high-pressure research saw numerous claims of the creation of metallic hydrogen in the laboratory, but all these claims were later disproved.
"Our study presents the first experimental evidence that hydrogen could behave as predicted, although at much higher pressures than previously thought. The finding will help to advance the fundamental and planetary sciences."
Quelle: SD
Astronomie
« Zum vorherigen Eintrag Zum nächsten Eintrag »
2271 Views
Created with page4