DIAMOND DUST ICE HALOS: As winter deepens in the northern hemisphere, the Arctic atmosphere is filling with crystals of ice. This is producing some beautiful ice halos. They form not only around the sun during the day, but also around headlights at night. Pekka Lähteenmäki photographed samples of both in Jalasjärvi, Finland: 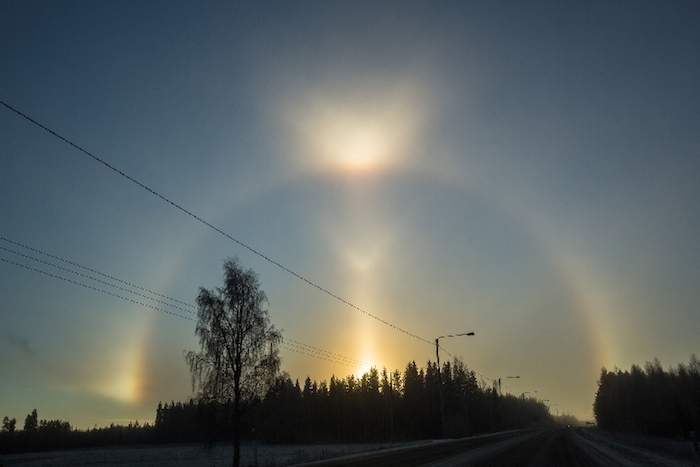 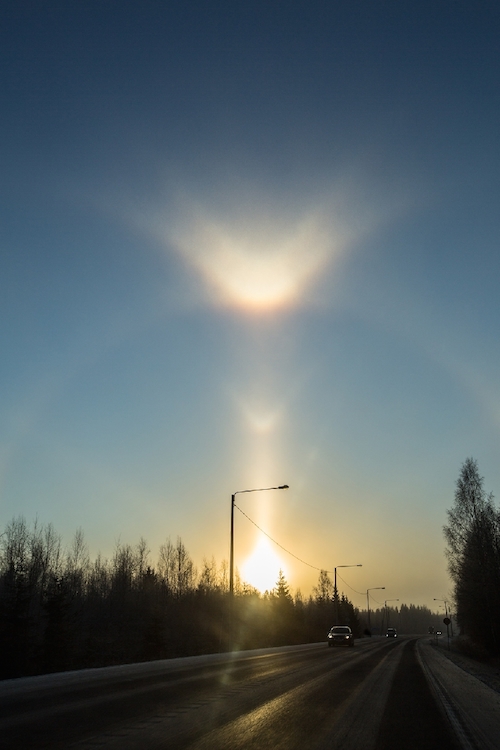 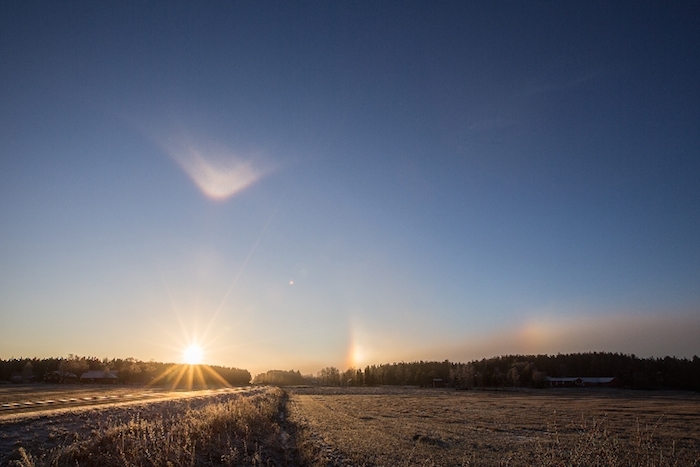 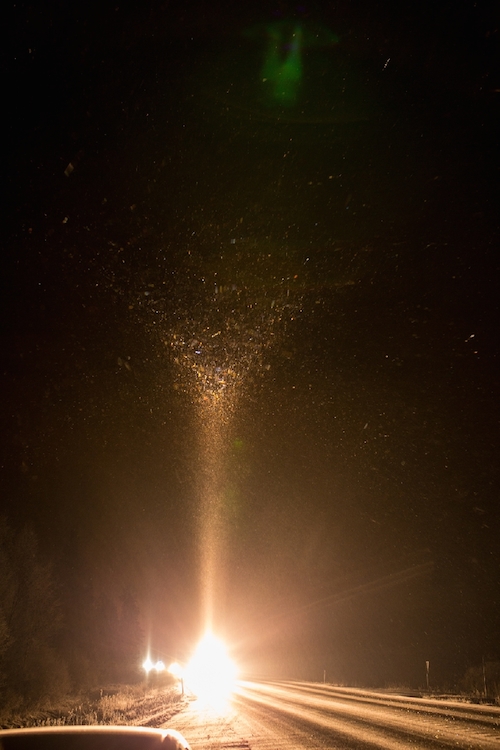 These luminous shapes are caused by light shining through jewel-like crystals called "diamond dust.' Lähteenmäki notes that "You can see individual ice crystals glinting in my photos--especially the night shot."
Atmospheric optics expert Les Cowley has seen halos like these before. He finds the night halos most interesting: "Artificial light halos can have strange forms compared with those made by the sun or moon. The difference is because, unlike sun rays, those from nearby lights are not parallel. The equivalents of sundogs become long streaks. There are even super sundogs. The trumpet-shaped night halo Lähteenmäki photographed was made by hexagonal column crystals floating nearby with their long axes horizontal.  It is a cousin of the familiar upper tangent arc--similar, but not the same. Look out at night for a whole new world of halos!"
Quelle: Spaceweather
Astronomie
« Zum vorherigen Eintrag Zum nächsten Eintrag »
3012 Views
Created with page4