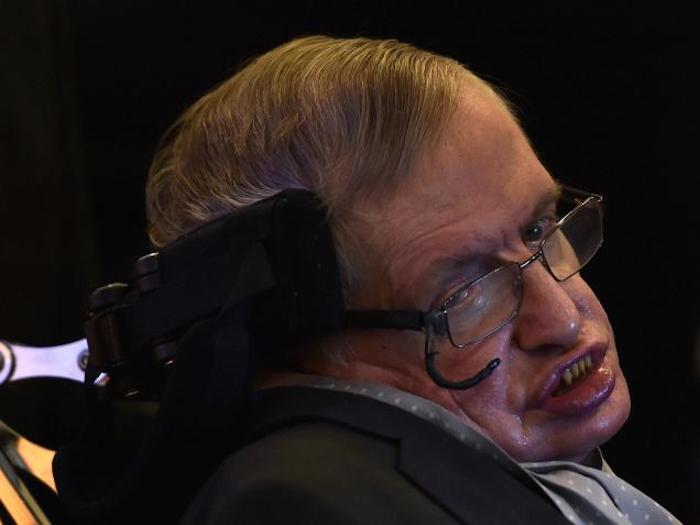 British scientist and theoretical physicist Stephen Hawking has said that the human race will not survive the next thousand years, unless we spread into space.

Humans will be the ETs when they set foot on other planets through space expeditions
“The surest sign that intelligent life exists elsewhere in the universe is the fact that it has never tried to contact us.” I recently came across this statement in a forwarded post and could not help smiling. And it brought to mind stories and movies about aliens, portrayed in many instances as hostile, with humans teaming up to save the earth from these extraterrestrial invaders.
A passing thought that may pop up at this moment is why any aliens would bother to destroy our planet, when we are doing such a great job ourselves — they just need to stand back and watch us pay the price for our irresponsible decisions and actions over hundreds of years. We probably had an alien spy or two participating in the Paris climate summit and gleefully transmitting information to their counterparts in outer space.
Stephen Hawking, the theoretical physicist and cosmologist, wrote: “We are in danger of destroying ourselves by our greed and stupidity. We cannot remain looking inwards at ourselves on a small and increasingly polluted and overcrowded planet. I don’t think the human race will survive the next thousand years, unless we spread into space.”
On this point, you cannot help hoping it is not too late to undo the damage done, maybe by totally banning non-biodegradable material and taking strong measures to control activities that cause pollution. On a different note, he said: “I believe alien life is quite common in the universe, although intelligent life is less so. Some say it has yet to appear on Planet Earth.” Good one, that!
Talking about aliens, it is funny to think that the boot is on the other foot now — with several programmes on the theme of “Destination Mars” being rolled out by different groups or agencies, humans will be the aliens setting foot on other planets. The millionaire Dennis Tito, the world’s first space tourist, is the source behind “Inspiration Mars”, which proposes to launch a manned mission, not to actually land on the red planet but zoom within a hundred miles of its surface and return to earth.
The Netherlands-based non-profit organisation Mars One hopes to land astronauts on Mars by 2026, but this is supposedly a one-way trip, with no return plan addressed.
Still, more than two lakh people applied for the honour of being among the first few aliens to visit Mars.
Billionaire entrepreneur Elon Musk envisions a colony in Mars, with a population of 80,000 human beings. The key to this plan lies in developing the right space launch vehicle and this is the immediate focus of his organisation, SpaceX. NASA’s human spaceflight programme too has the long-term goal of getting astronauts to the vicinity of the red planet by the mid-2030s.
Of course, the Mars Orbiter Mission marks India’s first venture into the interplanetary space and will explore the possibility of life on the planet.
If life does exist on Mars, I wonder how Martians would regard these proposed expeditions into their space. Would they perceive these experiments as a business continuity plan for Planet Earth? That in order to sustain human life if (or when) Earth becomes uninhabitable (from the effects of catastrophic global warming, new virulent strains of pathogenic bacteria, or some such development), alternative worlds need to be explored, and with Destination Mars being rolled out, humans are daring to cross the frontier lines of Planet Earth, with an intent to check if life exists and if human colonies can be set up? Would the word “colonies” send a chill down their spine, bringing images of earth’s colonial era to the forefront, where the hosts were dominated and trampled upon by the visitors from other continents?
Or would they be glad to be regarded as a favourite space tourism spot for future generations, eager to exchange tall tales of hazardous journeys in the Milky Way and debate on the dangers of earthquakes over ‘mars shakes’?
Not really digressing from the topic on hand, but may be jumping the gun the slightest bit — on the lines of etiquette and netiquette, do we need to start brainstorming on the dos and don’ts around interplanetary etiquette?
Quelle: The Hindu
Raumfahrt
« Zum vorherigen Eintrag Zum nächsten Eintrag »
2276 Views
Created with page4