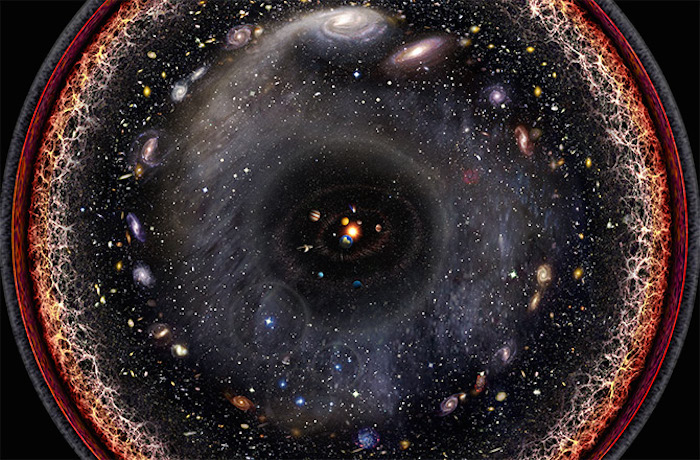 An enterprising artist has taken on one of the biggest concepts known to man: the universe.
Pablo Carlos Budassi is drawing eyes across the Internet this week for a dazzling logarithmic visualization of the observable universe that he created and uploaded to Wikimedia Commons in 2013.
The spectacular illustration features our solar system at the very center, followed by “inner and outer planets, Kuiper belt, Oort cloud, Alpha Centauri, Perseus Arm, Milky Way galaxy, Andromeda galaxy, nearby galaxies, Cosmic Web, Cosmic microwave radiation and Big Bang’s invisible plasma on the edge,” according to the file’s description on Wikimedia Commons.
In an interview, Budassi told Tech Insider that he was inspired to craft the visualization while drawing hexaflexagons.“Then when I was drawing hexaflexagons for my sons birthday souvenirs I started drawing central views of the cosmos and the solar system,” he told the website. “That day the idea of a logarithmic view came and in the next days I was able to it with Photoshop using images from NASA and some textures created by my own.”
. 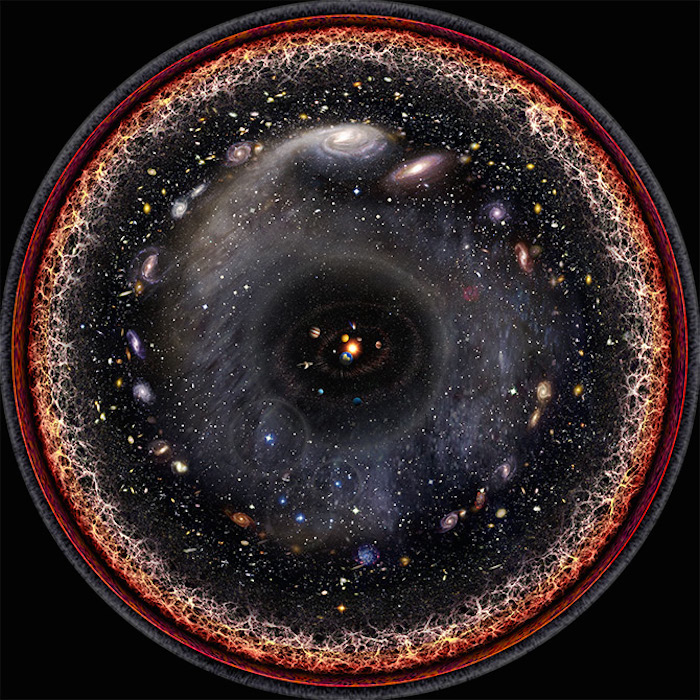