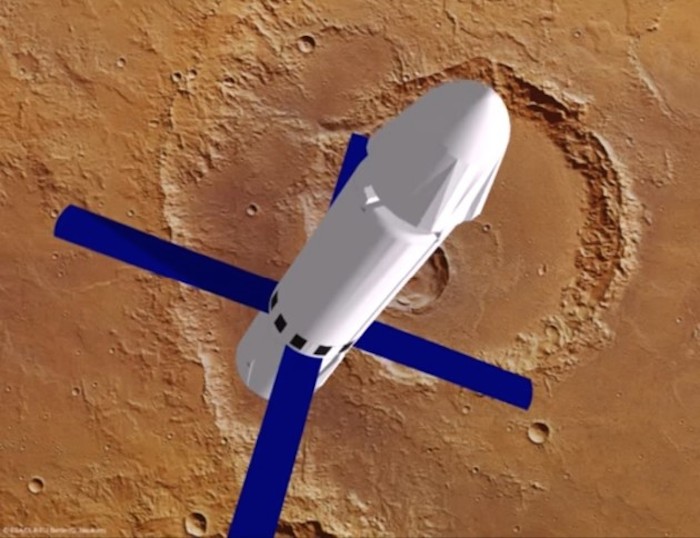 An animation shows a lander separating from the rest of the Mars Colonial Transporter. Later concepts suggest that the entire MCT would land as a unit. (Credit: Michel Lamontagne / ESA via YouTube)
-
In the wake of SpaceX’s successful rocket landing, some of the company’s most ardent fans are guessing at the shape of the biggest thing to come: the Mars Colonial Transporter.
The MCT is a crucial piece in SpaceX founder Elon Musk’s grand plan to send tens of thousands of colonists to the Red Planet, potentially starting in the next decade or two. Such a venture would mark a giant leap toward establishing a second cosmic home for humanity. Musk believes that’s a must if we’re to guard against extinction due to pandemics, asteroid strikes or other planet-wide catastrophes.
Early this year, Musk promised to unveil his architecture for Mars colonization by the end of 2015 – but in a recent GQ interview, he said the big reveal was more likely to come in early 2016. “Before we announce it, I want to make sure that we’re not gonna make really big changes to it,” he said.
. 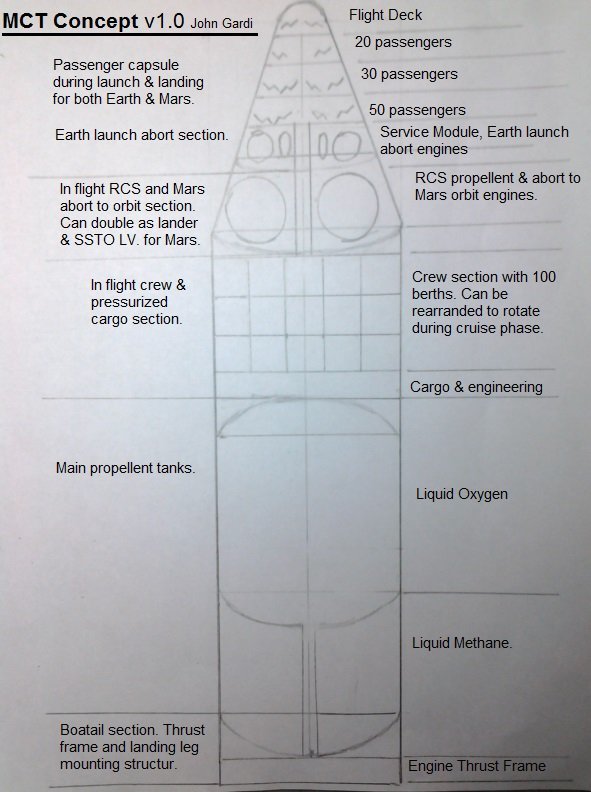 A pencil sketch shows how the top section of the Mars Colonial Transporter might be configured. (Credit: John Gardi)
Despite Musk’s reticence, space geeks have been chewing over the elements of a potential plan for years, based on the hints that have been dropped to date. There would be two main elements: a booster capable of sending 100 tons of payload to Mars; and a habitat/lander to carry that payload, including up to 100 passengers.
The booster has been nicknamed the BFR (“big freakin’ rocket, in printable terms). It would make use of a new type of methane-powered engine known as the Raptor. The MCT habitat/lander is sometimes called the BFS (the S stands for “spaceship”). It would make the transit to Mars, land on the surface, and then head back to Earth after filling up from a Martian fuel depot.
Over the weekend, engineer and self-described tinkerer John Gardi laid out his own sketch for the Mars Colonial Transporter – and today he discussed it further in Reddit’s SpaceX online forum. “This is just the MCT, Raptor booster stage is not shown,” Gardi said in a tweet. “The Raptor itself would be as tall as a Saturn V, so combined is over 500ft total!”
. 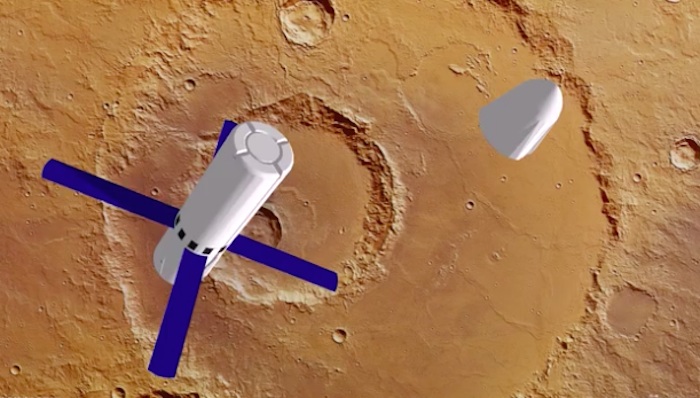 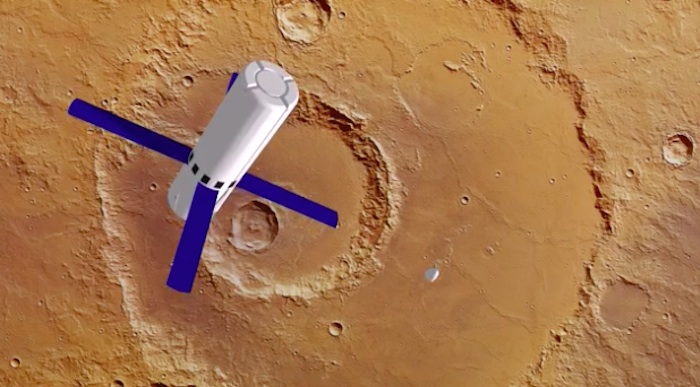 Commenters on the Reddit forum pointed out that Gardi’s design was just a rough sketch. “I’m a systems guy, what can I say?” Gardi replied. “In terms of safety, this is a good design to flesh out.”
This isn’t the first time Gardi has tried to anticipate what Musk is planning: Back in July 2013, he came up with a rough concept for the Hyperloop, a high-speed, tube-based transit system that Musk was working on. Musk said Gardi’s design was “the closest I’ve seen anyone guess so far.” A month later, Musk’s own concept came in along similar lines.
Will Musk’s Mars Colonial Transporter parallel Gardi’s latest guess? Stay tuned. SpaceX’s robotic Dragon capsules could get into the Mars exploration game well before the MCT is ready to go, perhaps in the 2018-2022 time frame.
Quelle: Geekwire
Raumfahrt
« Zum vorherigen Eintrag Zum nächsten Eintrag »
2876 Views
Created with page4