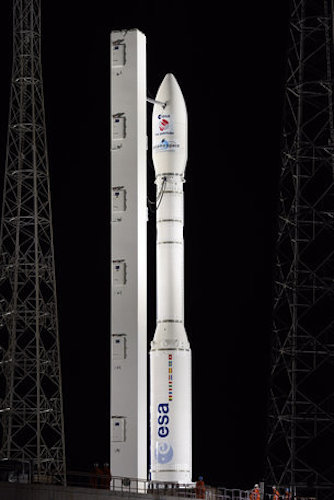 Europe’s Vega light launcher is entering its commercial life boasting a flawless record and an impressive set of capabilities for a wide range of missions.
Vega scored its sixth straight success with the launch of ESA’s LISA Pathfinder scientific craft earlier this month, having already lofted payloads for Earth observation, space engineering and exploration.
Operator Arianespace has now taken over full responsibility for Vega’s commercial exploitation at Europe’s Spaceport in Kourou, French Guiana.
Such is the market confidence in Vega that nine of the 10 vehicles ordered by Arianespace from prime contractor ELV in November 2013 are already assigned to customers.
In 2016, Vega is scheduled to launch a dual mission carrying PeruSat-1, a Peruvian imaging satellite and four passenger payloads for Skybox Imaging. Turkey’s Göktürk-1 Earth observation satellite is also planned for launch before the end of the year.
Vega is the ideal launcher for small scientific and Earth observation payloads of 300–2500 kg operating in polar and low-Earth orbits, but it achieved much more than this during its demonstration phase.
Following Vega’s debut in February 2012, ESA’s Vega Research and Technology Accompaniment programme, or Verta, has shown a range of capabilities and flexibility.
In May 2013 Vega deployed three payloads into two different orbits involving a change in inclination. Its Vespa dispenser can carry a 1000 kg main satellite on top, and either a secondary payload of 600 kg in the internal cone, or several auxiliary payloads totalling 600 kg distributed on a platform.
ESA’s Proba-V minisatellite for Earth observation was mounted on top of Vespa, which housed two passengers inside, ESTCube‑1 and VNREDSat-1A – Vega’s first commercial payload.
A final burn of Vega’s fourth stage also highlighted its ability to drop out of orbit to reduce the threat of space debris.
. 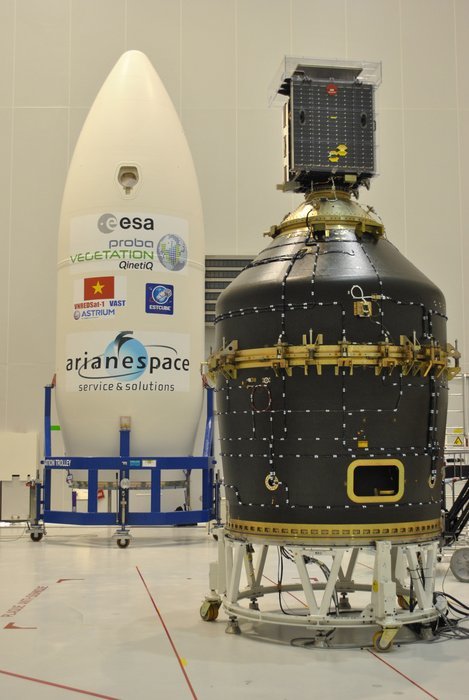 Proba-V atop the Vespa (Vega Secondary Payload Adapter) adapter on 15 April 2013. The minisatellite will ride the adapter to orbit during its flight in May, with its fellow passengers stowed within it: Vietnam’s VNREDSat Earth observation mission and Estonia’s ESTCube-1 student nanosatellite, to test electric solar sail technology. The Vega launcher fairing is seen in the background.
.
In February 2015 Vega lofted the IXV spaceplane to test autonomous reentry for future space transportation.
Instead of a polar path used on previous Vega missions, IXV required a suborbital equatorial trajectory to allow splashdown in the Pacific Ocean after 100 minutes.
At almost two tonnes, IXV came close to Vega’s payload capacity and took up most of the space inside the protective fairing.
With Verta completed, ESA’s Launchers Exploitation Accompaniment Programme, or LEAP, will ensure that Vega remains operational and that further improvements will reduce launch service costs.
One improvement under study is a smaller and simpler Vespa to carry micro- and nanosatellites of 1–50 kg in order to be cost-effective for this emerging market.
At the ESA Ministerial meeting in December 2014, Member States agreed to begin developing the more powerful Vega C, now expected to debut in 2018. Sharing development of the first-stage motor with Ariane 6 will yield lower costs to the programme – one of the main objectives.
. 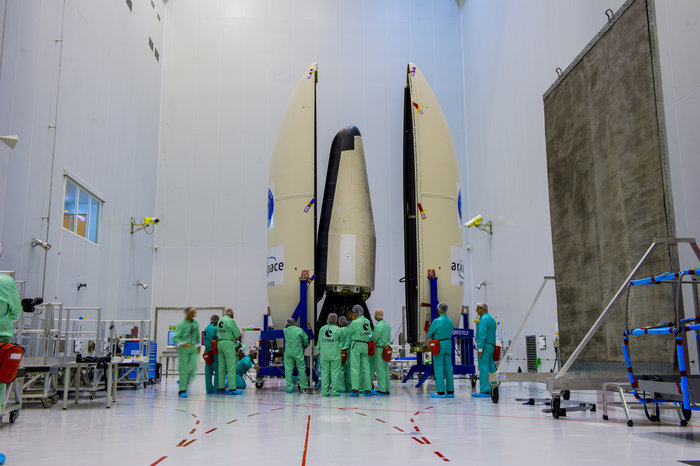 The IXV Intermediate eXperimental Vehicle, installed on its payload adapter, is being prepared for launch, at Europe's Spaceport in Kourou, French Guiana, on 28 January 2015.
IXV will be launched 320 km into space on top of a Vega rocket, VV04, climbing up to 420 km before beginning a long glide back through the atmosphere. In the process, IXV will gather data on reentry conditions to help guide the design of future spaceplanes.
Quelle: ESA
Raumfahrt
« Zum vorherigen Eintrag Zum nächsten Eintrag »
2484 Views
Created with page4