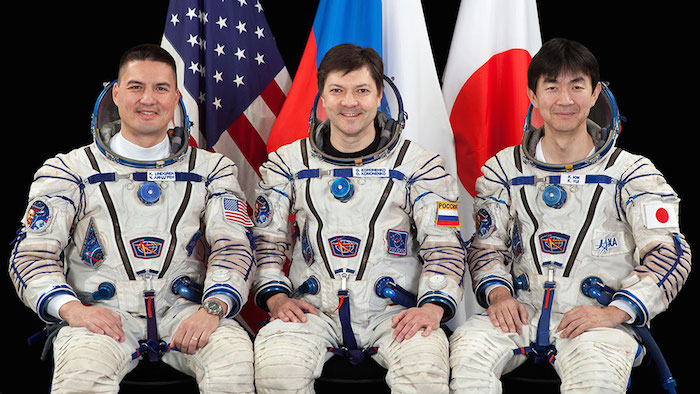 In a rapid-fire crew exchange, three space station fliers return to Earth Friday morning, landing on the steppe of Kazakhstan just four days before their replacements blast off from the Baikonur Cosmodrome a few hundred miles away, boosting the lab's crew back to six.
Soyuz TMA-17M commander Oleg Kononenko, strapped into the command module's center seat and flanked on the left by flight engineer/co-pilot Kimiya Yui of Japan and on the right by NASA's Kjell Lindgren, are scheduled to undock from the station's Rassvet module at 4:49 a.m. EST (GMT-5) on Friday.
After moving a safe distance away, Kononenko and Yui will monitor a four-minute 41-second rocket firing starting at 7:19 a.m., slowing the ship by about 286 mph to drop out of orbit. A little more than a half hour later, the Soyuz descent module will settle to a jarring a parachute-and-rocket-assisted touchdown near the Kazakh town of Karaganda around 8:12 a.m. (7:12 p.m. local time).
Kononenko and his crewmates will be making only the sixth night landing in space station history and as such, live video of the capsule's final descent is not expected.
The Russians prefer daylight landings, but a push to flight test upgraded avionics in a Progress supply ship scheduled for launch Dec. 21 prompted a slightly earlier-than-planned landing for the TMA-17M spacecraft. And that, in turn, resulted in a rare a post-sunset landing.
But Russian recovery crews train for bad weather and night landings, and mission managers said they did not anticipate any problems. Temperatures in the low 20s Fahrenheit are expected, along with light snow.
Touchdown will mark the end of a nearly five-month mission that began with launch from Baikonur on July 22. Kononenko, a veteran of two earlier flights to the space station, will have logged 533 days in space while Lindgren and Yui, both completing their first flights, will have logged 141 days aloft.
. 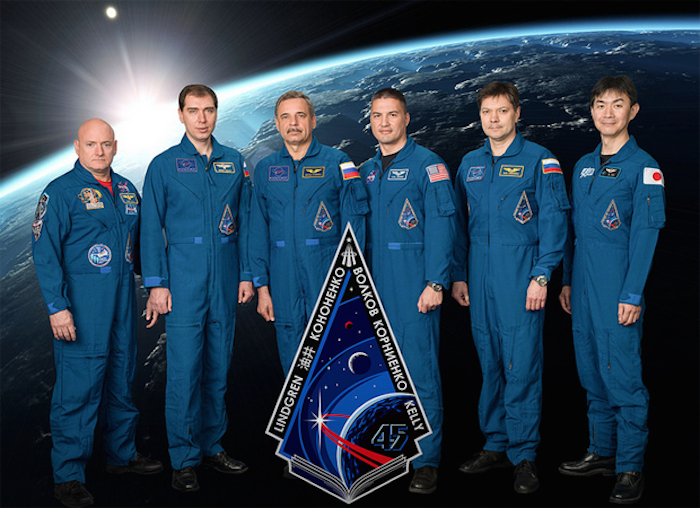 The crew of the International Space Station (left to right) Station commander Scott Kelly, Sergei Volkov, Mikhail Kornienko, Soyuz TMA-17M flight engineer Kjell Lindgren, TMA-17M commander Oleg Kononenko and flight engineer Kimiya Yui. NASA
-
After brief medical checks, the crew is expected to fly by helicopter to nearby Karaganda before splitting up, with Kononenko heading back to Star City near Moscow and Lindgren and Yui flying back to Houston aboard a NASA jet for debriefing and reunions with friends and family.
Assuming the landing goes well, Soyuz TMA-19M commander Yuri Malenchenko, NASA flight engineer Timothy Kopra and European Space Agency astronaut Timothy Peake, the first British citizen to make a long-duration flight aboard the station, will blast off from Baikonur at 6:03 a.m. on Dec. 15 (5:03 p.m. local time).
The launching is timed for roughly the moment Earth's rotation carries the launch pad -- the same one used by Yuri Gagarin at the dawn of the space age -- into the plane of the station's orbit, a requirement for rendezvous missions.
Docking at the recently vacated Rassvet port is expected six hours after launch, around 12:24 p.m.
Standing by to welcome the new crew aboard will be Expedition 46 commander Scott Kelly, Mikhail Kornienko and Sergey Volkov. Kelly and Kornienko are in the home stretch of a nearly one-year stay aboard the station and plan to return to Earth with Volkov, aboard the Soyuz TMA-18M spacecraft, on March 1.
Kelly and his crewmates will face a busy few days before taking a break for Christmas, beginning work to unload an Orbital ATK Cygnus cargo ship that arrived Wednesday carrying 7,700 pounds of equipment and supplies -- and holiday gifts for the crew -- and gearing up for docking of a Russian Progress supply craft on Dec. 23.
The Progress, scheduled for launch Dec. 21, is equipped with upgraded avionics and navigation gear and the supply run is a test flight of sorts to make sure the new systems are ready for routine use. Assuming this flight goes well, and another Progress mission in late March, the Russians plan to begin using the new systems aboard Soyuz crew ferry craft starting in June.
Quelle: CBS
-- 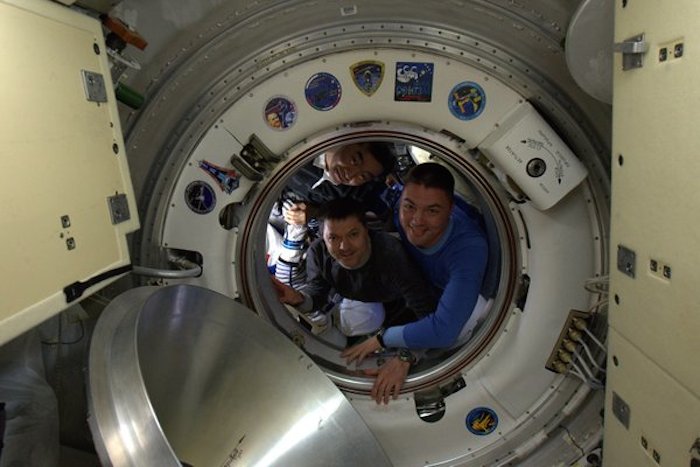 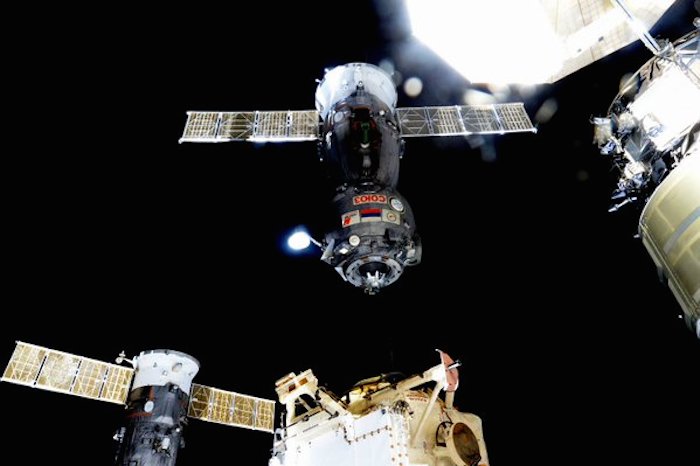 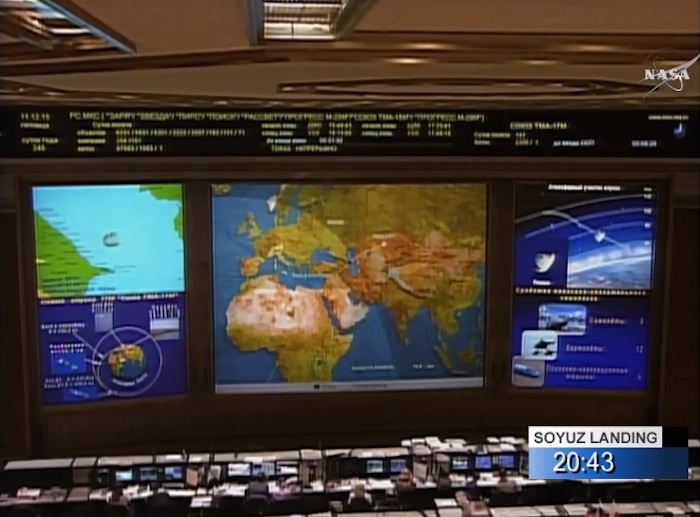 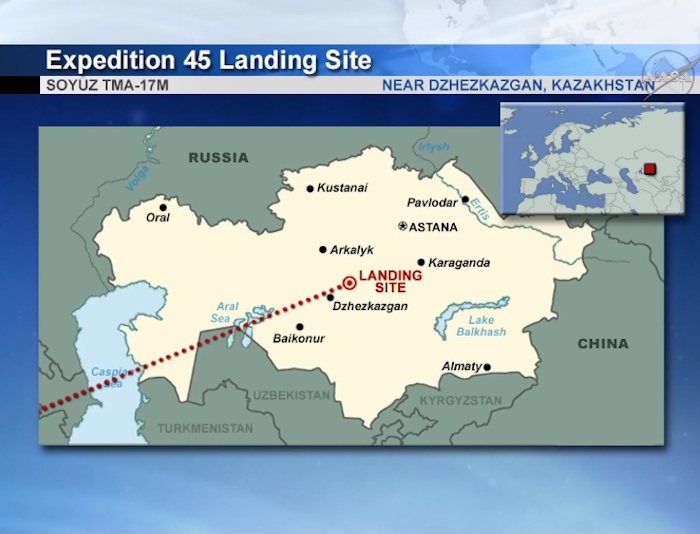 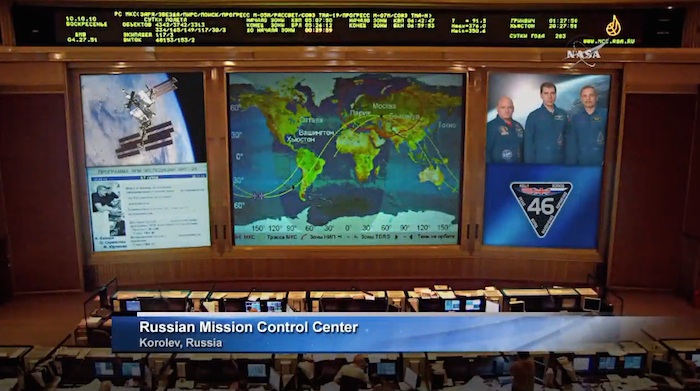 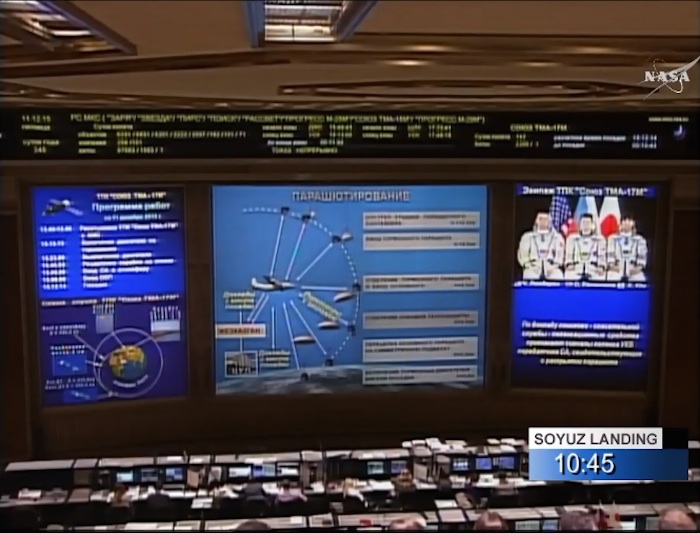 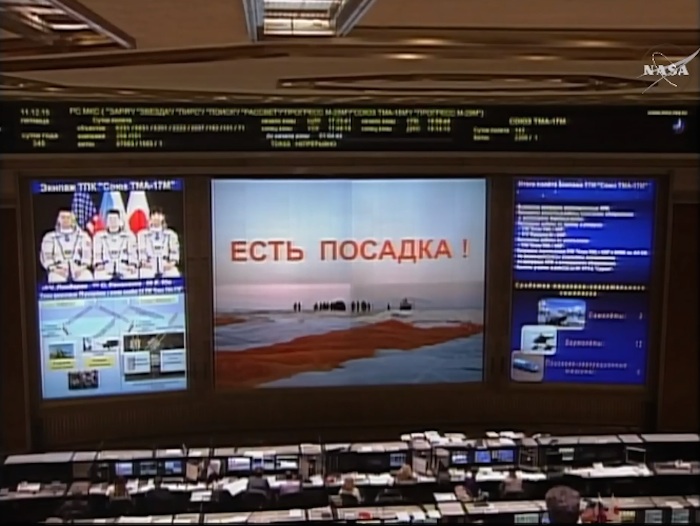 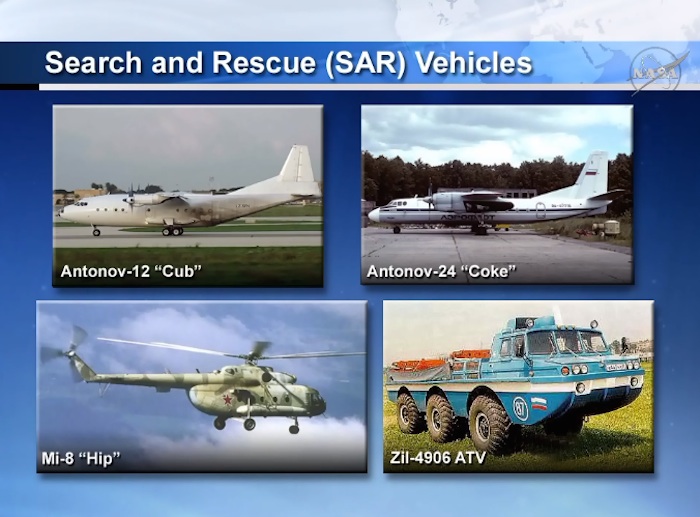 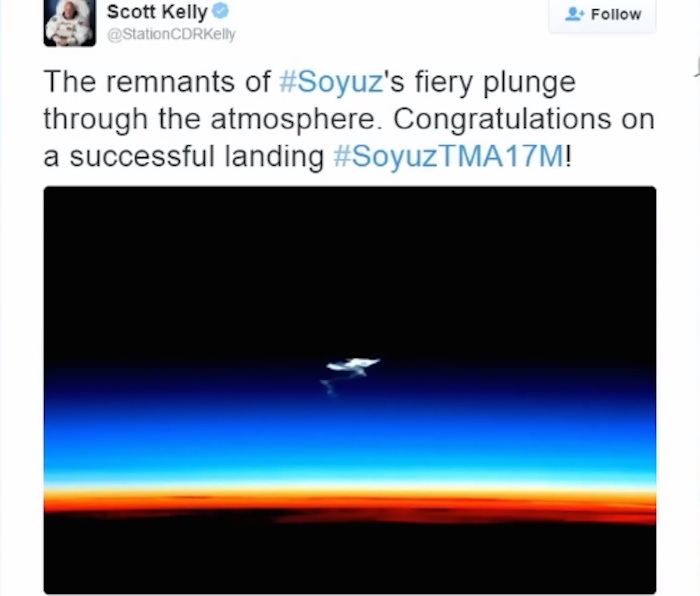 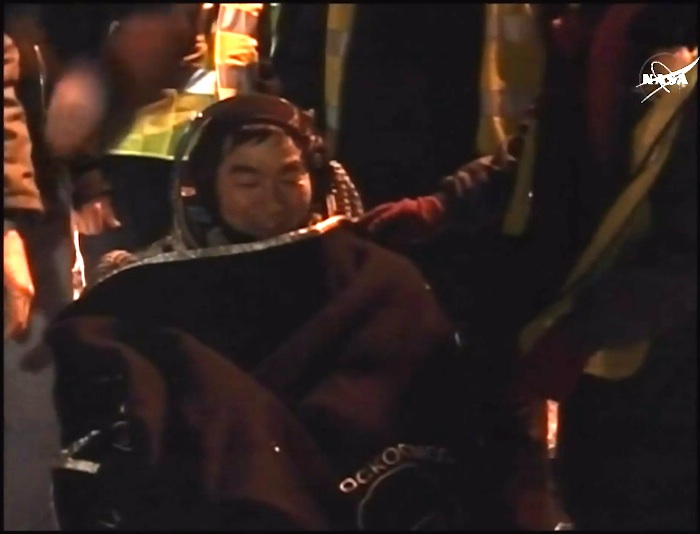 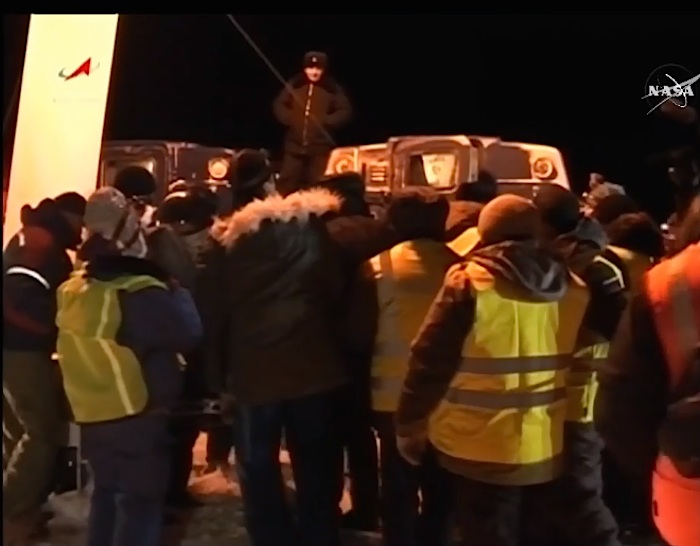 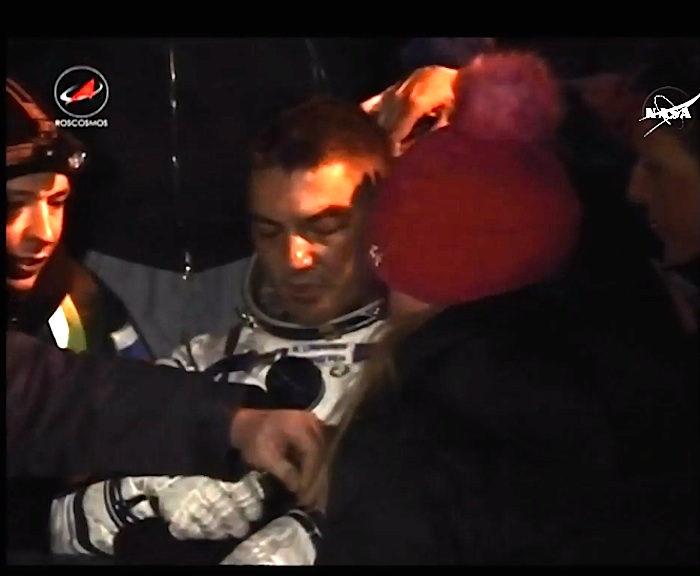 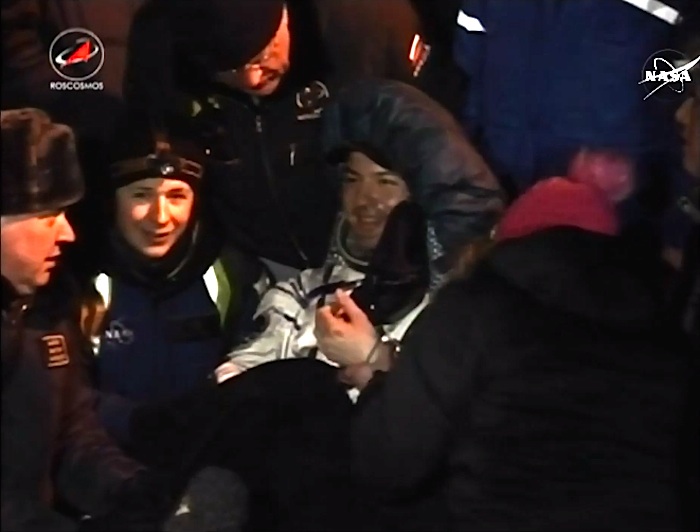 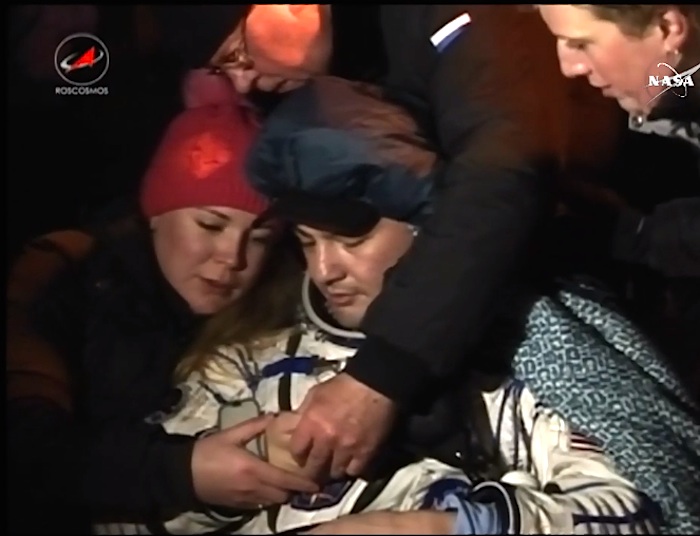 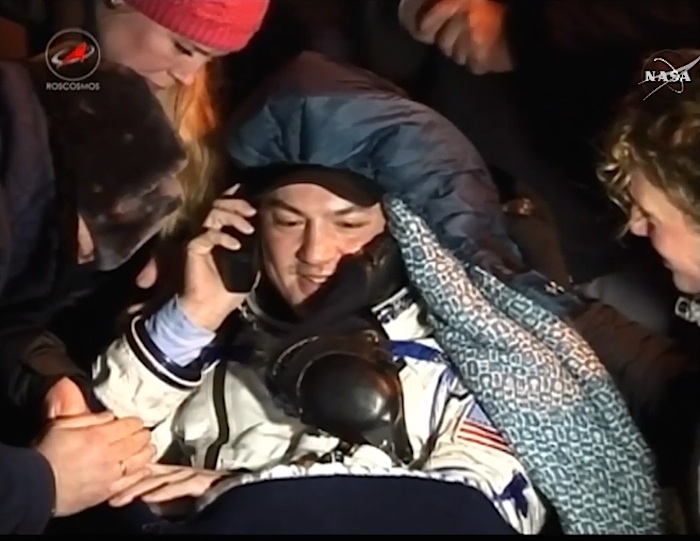 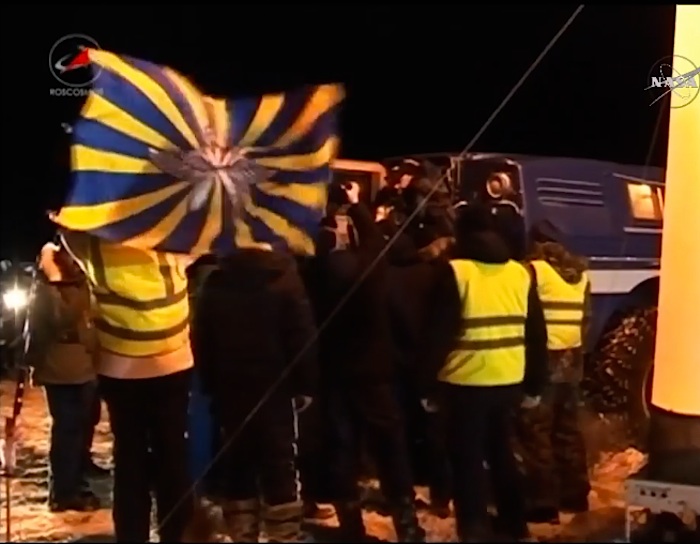 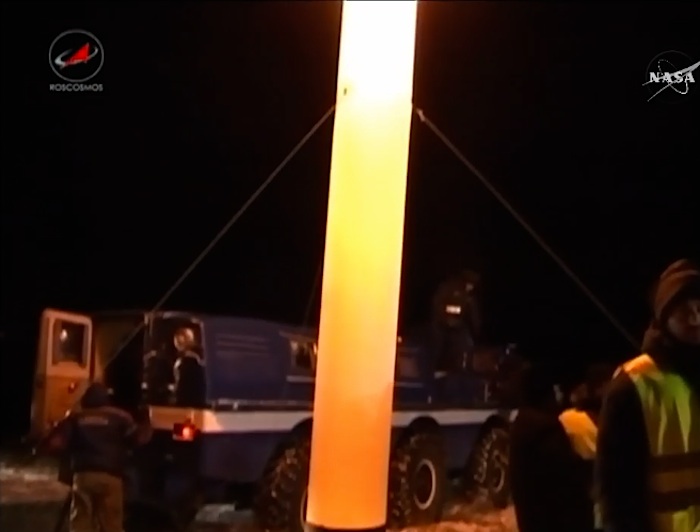 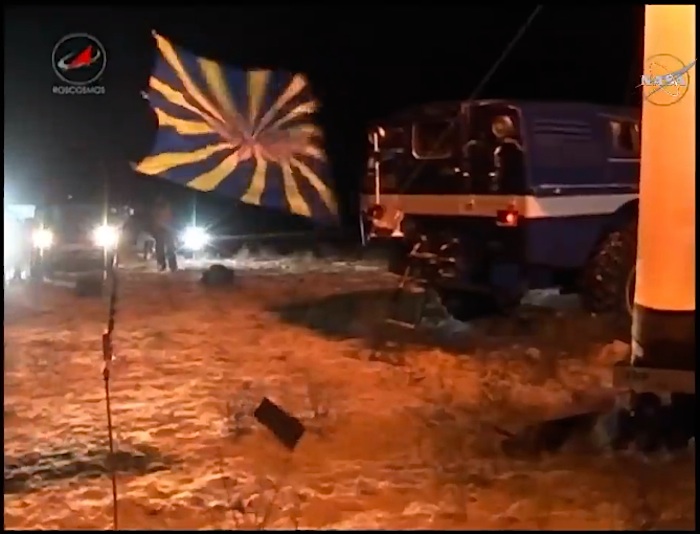 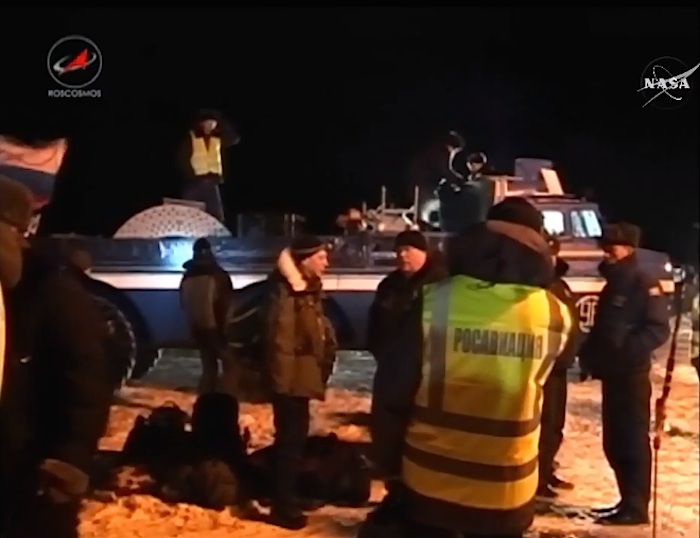 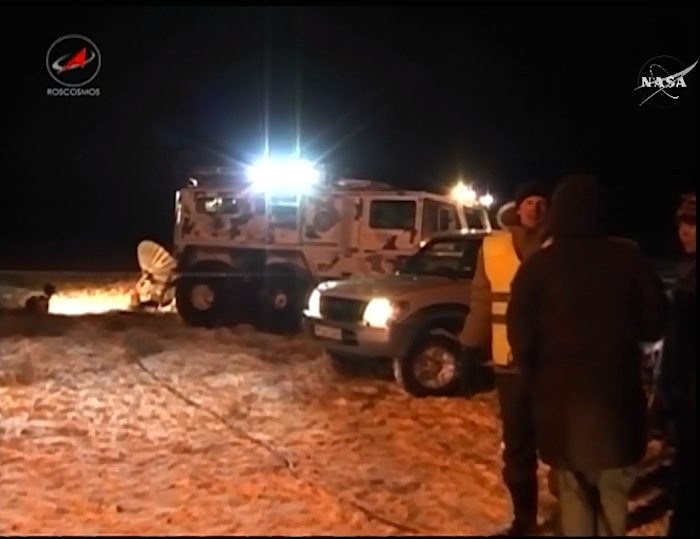 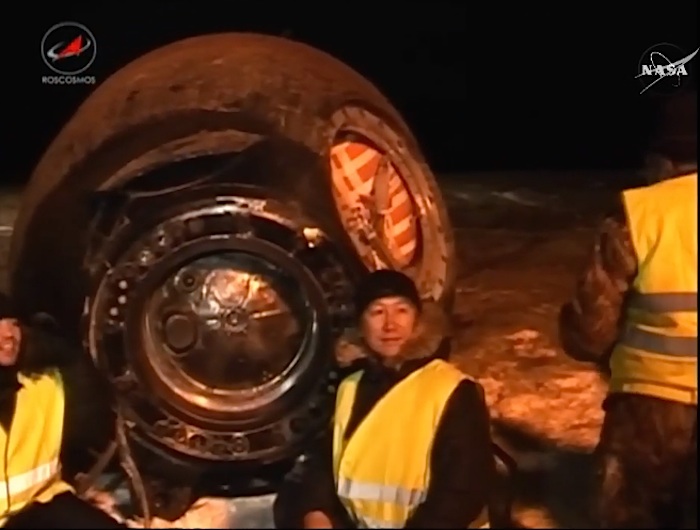 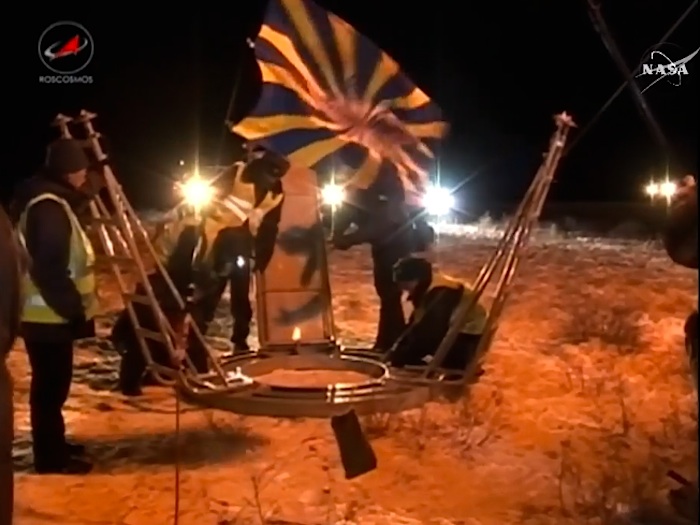 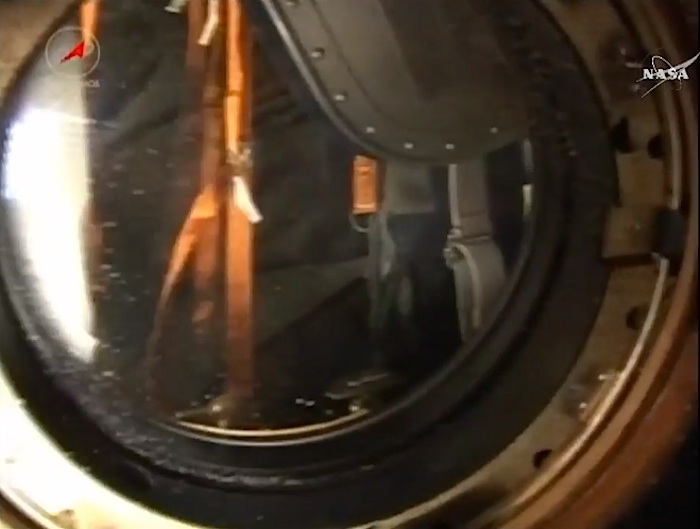 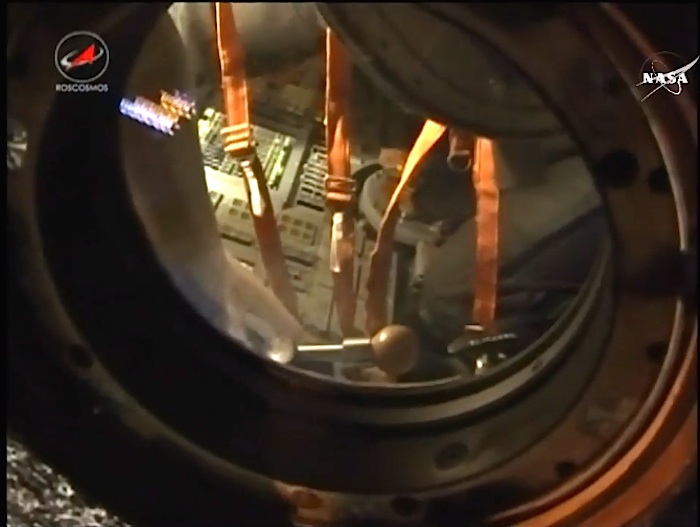 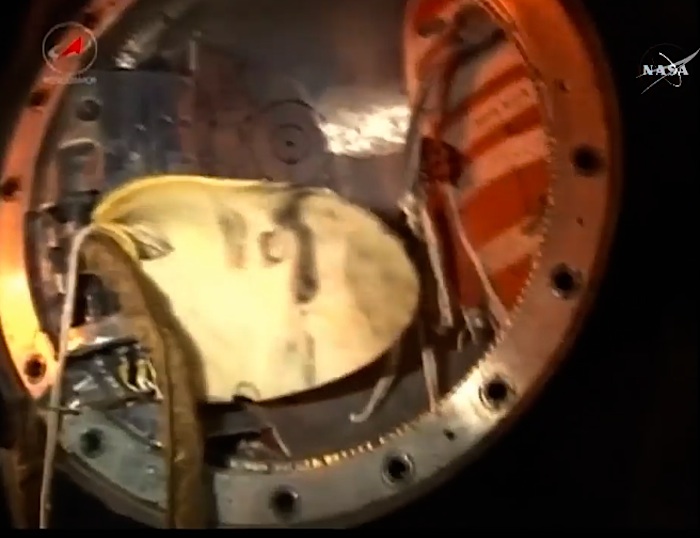 Yui back on ‘wonderful’ Earth 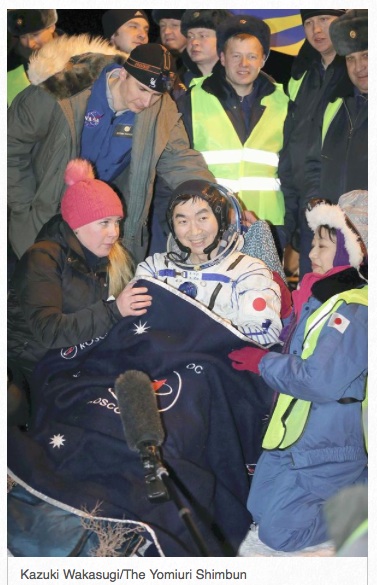 Astronaut Kimiya Yui smiles during a medical check after returning to Earth near Dzhezkazgan in Kazakhstan on Friday.
.
NEAR DZHEZKAZGAN, Kazakhstan — Astronaut Kimiya Yui returned to Earth on Friday after an about five-month mission at the International Space Station.
“Space is wonderful, but Earth is wonderful, too,” Yui said after his spacecraft landed in Kazakhstan.
It was around 7:12 p.m. local time when the Russian spacecraft Soyuz touched down on a plain in the Central Asian nation. A blizzard had stopped by the time reporters waited for him to emerge from the craft.
Yui, 45, emerged at 7:50 p.m. and strongly shook hands with a female doctor of the Japan Aerospace Exploration Agency (JAXA). The doctor was there to conduct a medical check.
Quelle: TheJapanNews
Raumfahrt
« Zum vorherigen Eintrag Zum nächsten Eintrag »
2330 Views
Created with page4