Possibly solved?
Of all the possibilities offered to date, I think that the balloon explanation is the best possible solution to what is seen in the vid- eo. While the SCU has tried to conclusively eliminate this solution, their major arguments against it appear flawed. I agree that there are some issues that are unresolved but I do not consider any of them to be fatal at this point. I hope that continued work on this video by the PRRR, and others, might help resolve them.
A work in progress
What I have written here is based solely on my own personal observations about the video and is not a report by the PRRR. The PRRR is a very diverse group and it is difficult for everyone to agree. It is my desire that the group will be publishingin the near future but I expect it to be a slow process. The SCU team researched the case for well over a year before they published anything. The PRRR should be given a similar amount of time to produce a report. I look forward to reporting the results of all tests and analysis performed by the PRRR in future issues of SUNlite.
---
The UAP shut down the airport
The SCU report decided to highlight a statement by their primary witness as indication that there was government knowledge of the UFO interfering with aircraft activities. The primary witness stated that the airport was shut down for a long time period while these events were transpiring.1 The evidence presented by the SCU team to confirm this story is a FedEx plane departed the airport sixteen minutes late.2 There can be many reasons, other than a UFO, that a plane was late departing an airport. The most obvious appears to be visible in the video itself.
A potential reason the airport might have delayed flights in and out is because this Home security plane was orbiting the airport at low altitude for close to ten minutes starting at time 9:16 PM local, when the plane took off from the airstrip.3 According to wit- nesses, nobody was aware of the UAP until the plane was airborne.4 This indicates the FedEx plane was not delayed by the UAP at this point. It probably was supposed to take off after the Homeland Security plane. However, because the security plane was flying about the airport, the FedEx plane had to wait for it to exit the area.
.

Examination of the video appears to con- firm this. A plane was apparently idling on the runway at the beginning of the video at time 9:22:22 PM (Frame 440).5 As the secu- rity plane departs the area at time 9:25:24 PM (Frame 5896), we see, what appears to be, the same plane moving down the taxi- way.6 Based on the available information, I would suspect that this was the FedEx plane preparing to take off, which hap- pened one minute later. The mystery of the sixteen minute delay is explained.
It was the Homeland Security Plane’s interest in the UAP that delayed the departure of the FedEx plane and not the UAP itself. Had the homeland security plane ignored the UAP, the FedEx plane would have left sooner.
The reason the SCU report felt it was important to mention this delay was to give credibility to their primary witness. In the process, they apparently ignored the most likely scenario.
Quelle: SUNlite &/2015
---
Frams von Infrarotfilm:
. 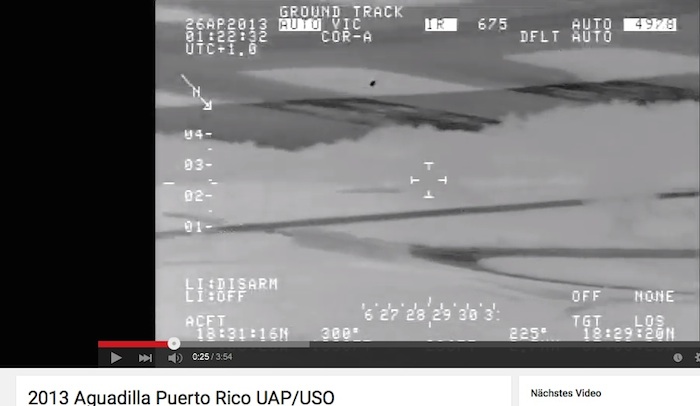 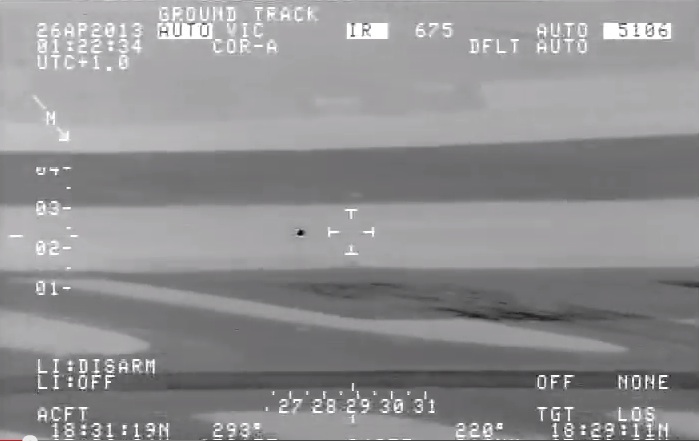 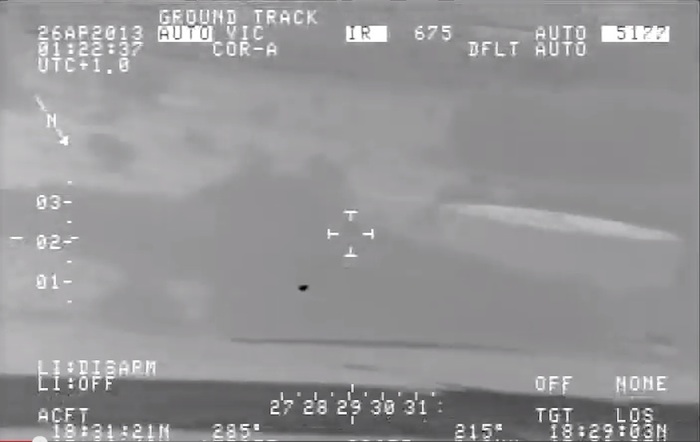 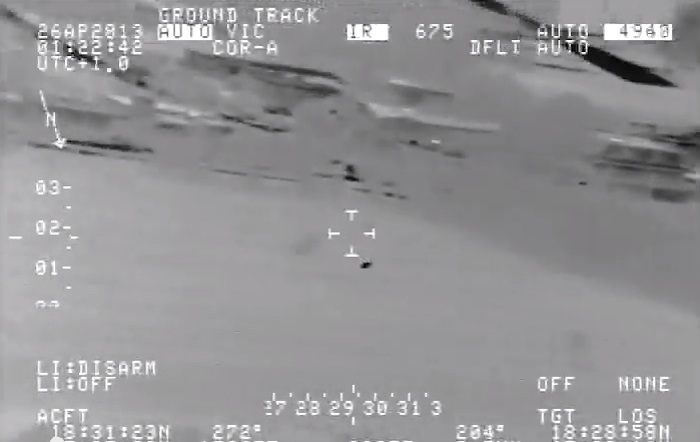