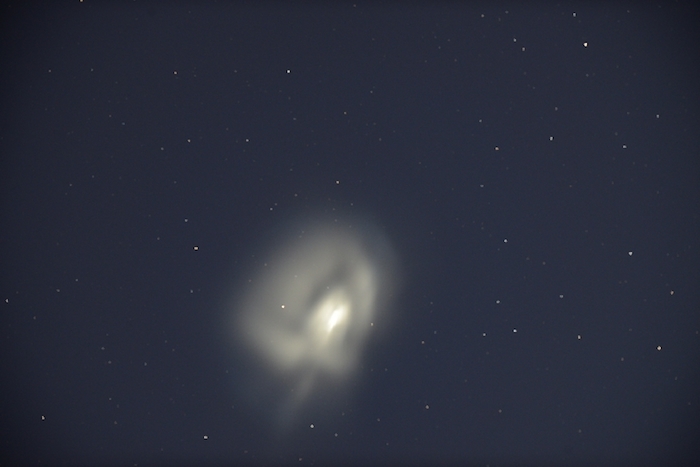 JAPANESE ROCKET SURPRISES SKY WATCHERS: Unbeknownst to most people in North America, on Nov. 24th Japan launched an H-2A rocket carrying the Telstar 12 Vantage communications satellite. The resulting display surprised sky watchers in at least half a dozen states. "I was observing Comet Catalina before sunrise, when I noticed this thing halfway up towards Venus," reports Glen Wurden of Los Alamos, New Mexico:
. 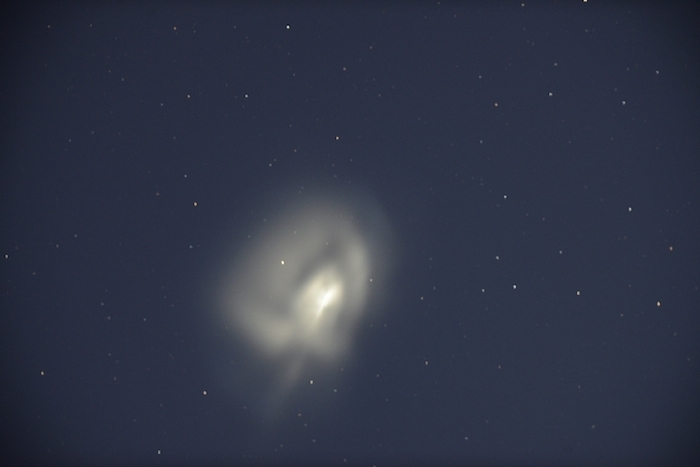 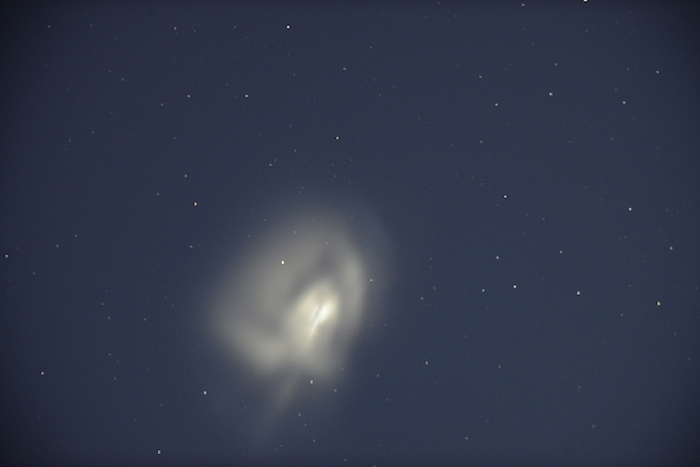 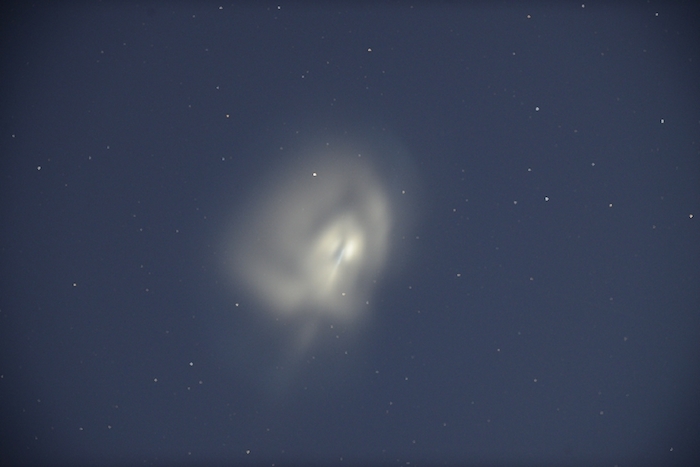 "It lasted for at least a half an hour after 5:40 AM," he adds. "It was huge, easily naked eye, and kind of scary!"
The cloud was a fuel dump from one of the rocket's booster stages. Lingering high in the pre-dawn sky until sunrise wiped it away, it was seen from Nevada, Arizona, New Mexico and neighboring states.
. 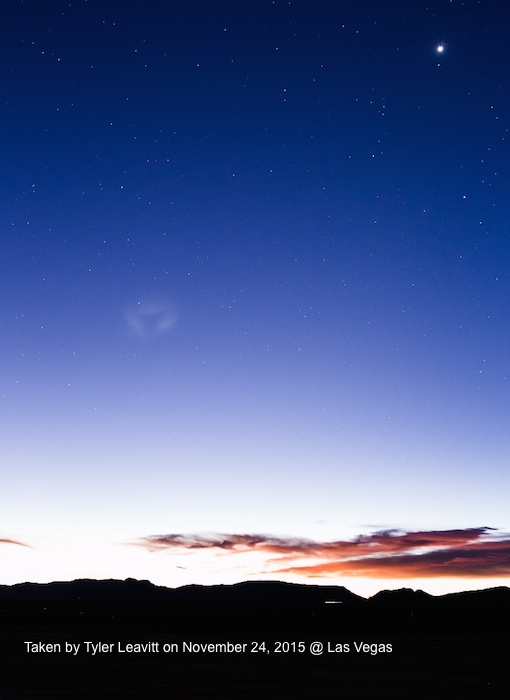 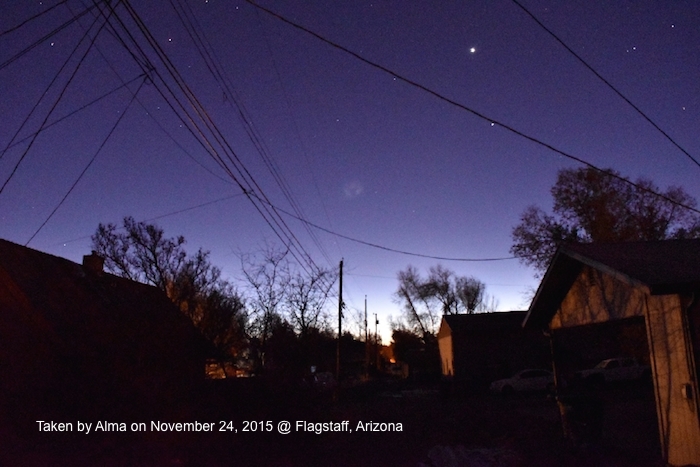 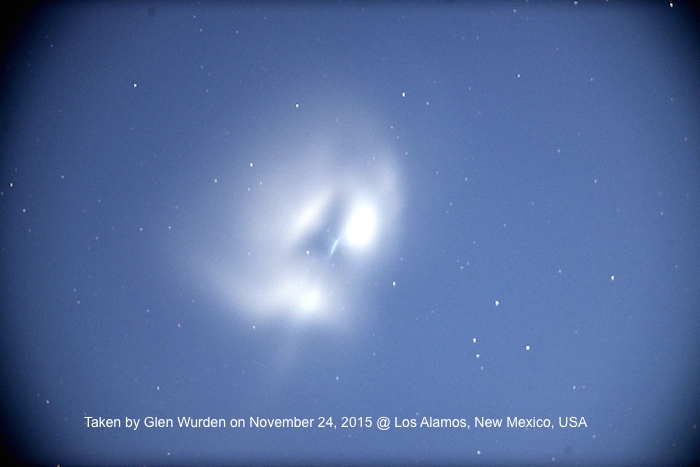