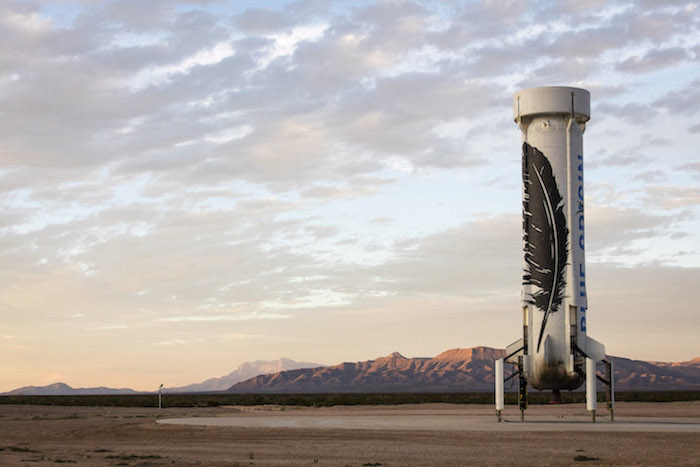 “Now safely tucked away at our launch site in West Texas is the rarest of beasts—a used rocket,” said Jeff Bezos, founder of Blue Origin. “Blue Origin’s reusable New Shepard space vehicle flew a flawless mission—soaring to 329,839 feet and then returning through 119-mph high-altitude crosswinds to make a gentle, controlled landing just four and a half feet from the center of the pad. Full reuse is a game changer, and we can’t wait to fuel up and fly again.”
Named in honor of the first American in space, Alan Shepard, the New Shepard vertical takeoff and vertical landing vehicle will carry six astronauts to altitudes beyond 100 kilometers, the internationally-recognized boundary of space. Blue Origin astronauts will experience the thrill of launch atop a rocket, the freedom of weightlessness, and views through the largest windows to ever fly in space. An animation of the Blue Origin astronaut experience can be found at www.blueorigin.com/astronaut-experience. Astronaut flights will begin following completion of a methodical flight test program.
Details on the Reusable New Shepard Space Vehicle
The New Shepard space vehicle is fully reusable and operated from Blue Origin’s West Texas launch site. The vehicle is comprised of two elements—a crew capsule in which the astronauts ride and a rocket booster powered by a single American-made BE-3 liquid hydrogen, liquid oxygen engine. At liftoff, the BE-3 delivers 110,000 pounds of thrust. During ascent, astronauts experience 3x the force of gravity as the spacecraft accelerates through the atmosphere.
Following powered flight, the crew capsule separates from the booster and coasts into space, providing several minutes of weightlessness. As the crew capsule descends, it reenters the atmosphere with astronauts experiencing about 5x the force of gravity before deploying three main parachutes for landing. Meanwhile, the booster descends under guided flight to the landing pad. Just prior to landing, the booster re-ignites its BE-3 engine which slows the vehicle to 4.4 mph for a gentle, powered vertical landing, enabling vehicle reuse.
Flight Details
Launched at 11:21 a.m. Central Time, November 23, 2015
Apogee of 329,839 feet (100.5 kilometers) for the crew capsule
Mach 3.72
Re-ignition of rocket booster at 4,896 feet above ground level
Controlled vertical landing of the booster at 4.4 mph
Deployment of crew capsule drogue parachutes at 20,045 feet above ground level
Landing of the crew capsule under parachutes at 11:32 a.m. Central Time
---
Frams von Start_Video: 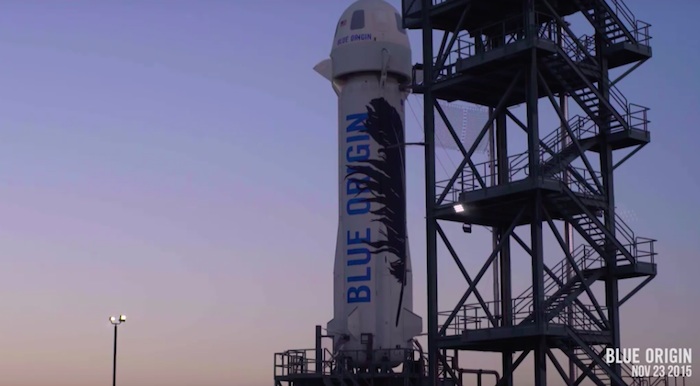 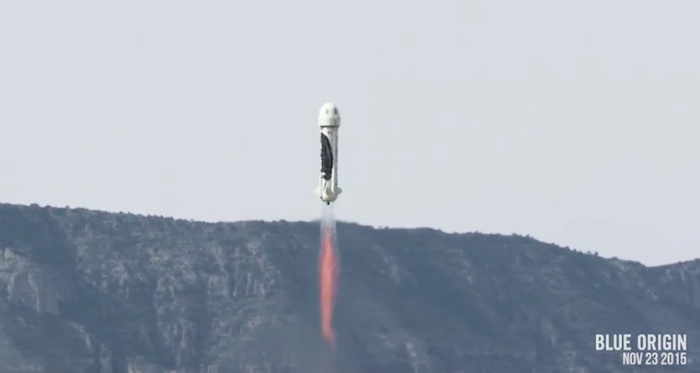 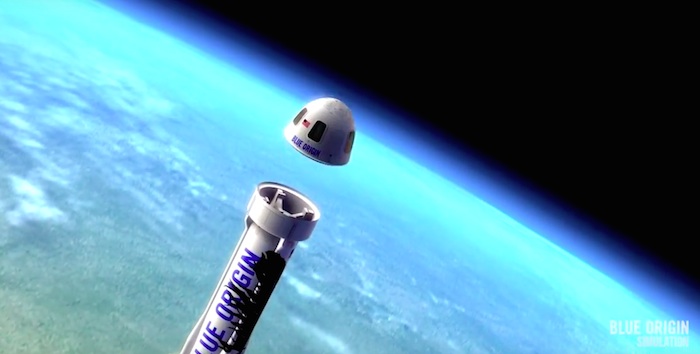 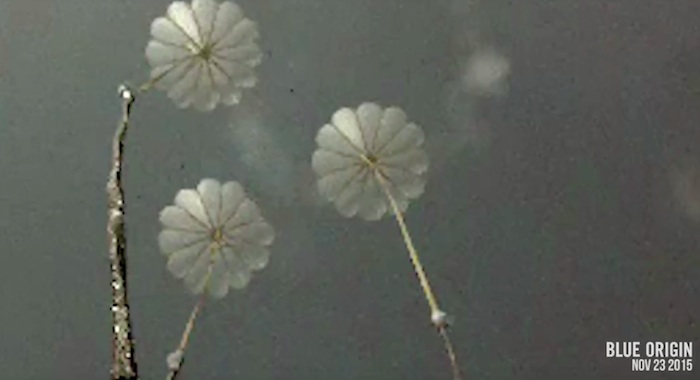 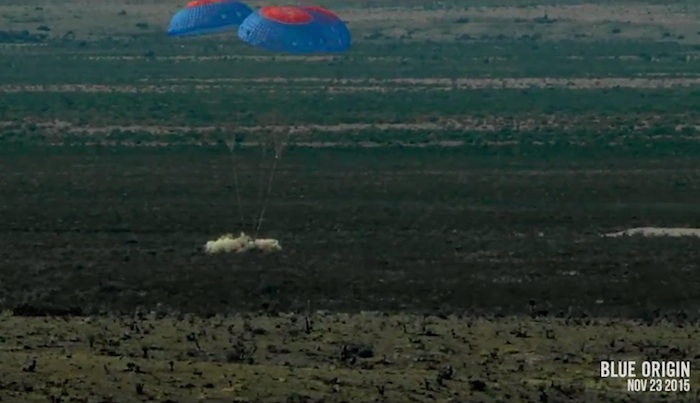 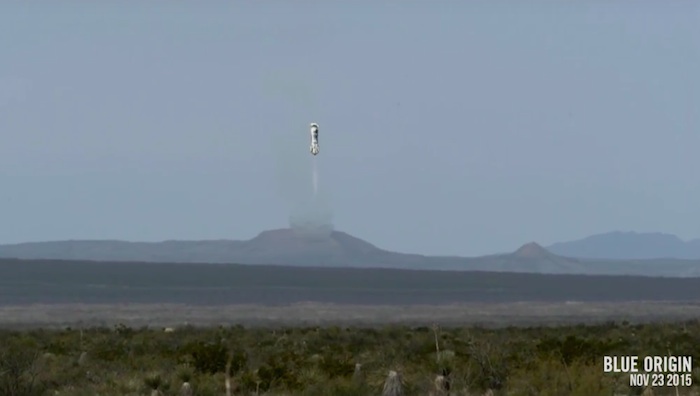 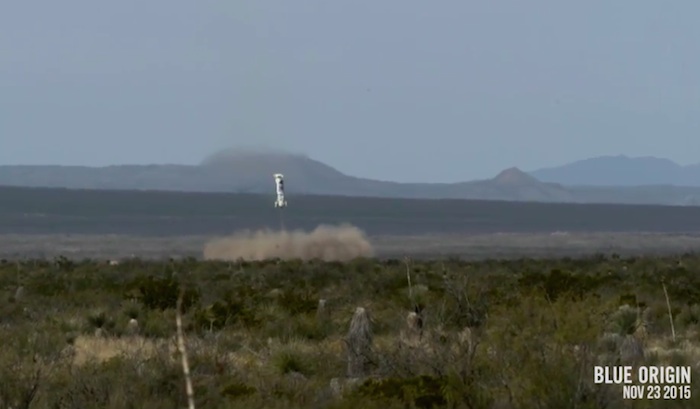 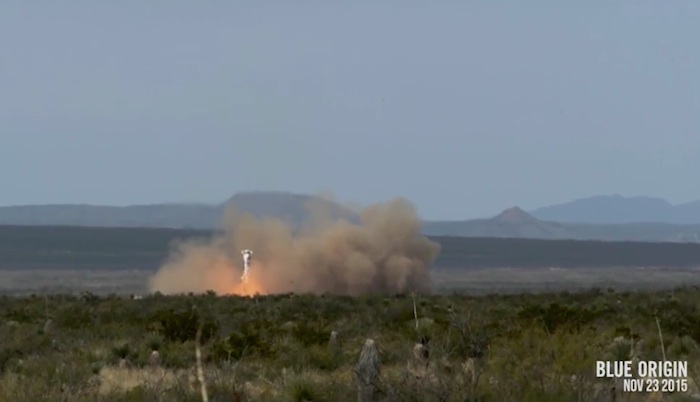 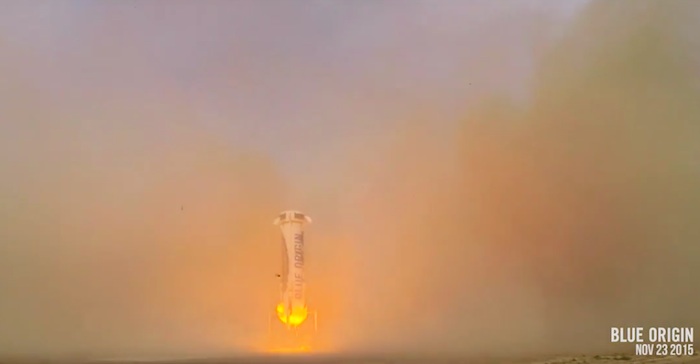