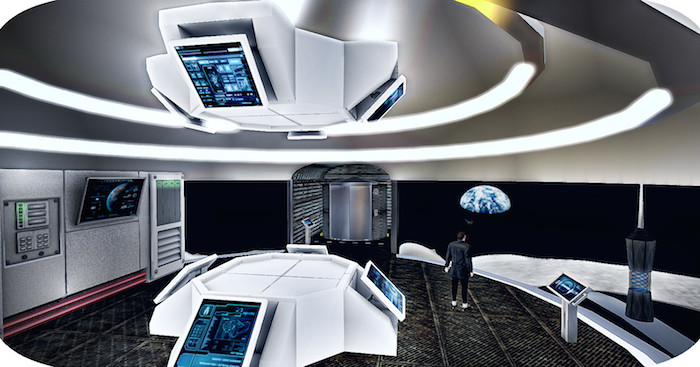 The most bemused man in America must be former Speaker of the House Newt Gingrich. In response to a question at a campaign stop in New Hampshire, former Florida governor and current presidential candidate Jeb Bush pronounced Gingrich’s idea of a moon base as “pretty cool.” The former speaker must be asking himself, where was that kind of support in 2012 when he first proposed building a moon base by 2020? Indeed, a number of recent developments have made the once ridiculed idea cool again.
The saga of the Gingrich moon base proposal started in the heat of the Republican primary campaign in late January2012. Gingrich, then running for president, delivered a space policy address at a town hall in Brevard Country, Florida, where a great number of aerospace workers reside. The heart of his space policy consisted of a moon base that he suggested would be constructed “commercially.” He did not provide any more details or lay out a rationale for the bold project, aside from vague references about restoring American leadership in space.
The very next day, during a debate in Tampa, Gingrich’s main rival for the Republican nomination, Mitt Romney, ridiculed the moon base proposal. “If I had a business executive come to me and say, ‘I want to spend a few hundred billion dollars to put a colony on the moon,’ I’d say, ‘You’re fired.’” Gingrich, blindsided, had no coherent retort.
Romney’s harsh response was curious, to say the least. For one thing, establishing a moon base had been part of official American government policy under President George W. Bush’s Constellation program. The policy was not controversial. For another thing, Romney counted among his supporters return to the moon advocates such as former NASA Administrator Mike Griffin and Apollo astronaut Gene Cernan, the last man to walk on the moon.
None of that mattered. Gingrich’s moon base was even the subject of a Saturday Night Live skit. In short order, the idea and Gingrich’s candidacy sank out of sight. Romney won the Republican nomination and went on to be defeated by President Barack Obama.
Fast forward three and a half years. A NASA-funded study conducted by a think tank called NextGen Space LLC concluded that a lunar base could be constructed, not for a “few hundred billion dollars,” but for less than $100 billion. The moon boots of astronauts could be on the lunar soil starting in 2021 for $10 billion. The secret to the relatively low price tag is that the project would be done commercially, just as Gingrich proposed.
The main purpose of the moon base would be to refine lunar ice into rocket fuel. In turn, travel to and from deep space beyond low Earth orbit, say to Mars, would be made more affordable. A more recent study by MIT confirmed that conclusion. Human expeditions to Mars remain part of NASA’s long-term plans and enjoy widespread public and political support.
Gingrich has thus proven to be a man ahead of his time. In 2012, establishing a moon base was considered by many as a national joke. In 2015, the idea is not only seen as sensible in the context of broader space policy but, thanks to Jeb Bush, has become “pretty cool.”
Whittington, who writes frequently about space and politics, has just published a political study of space exploration entitled Why is it so Hard to Go Back to the Moon? He blogs at Curmudgeons Corner.
Quelle: THE HILL
Raumfahrt ist Wahlkampf in USA
2356 Views
Created with page4