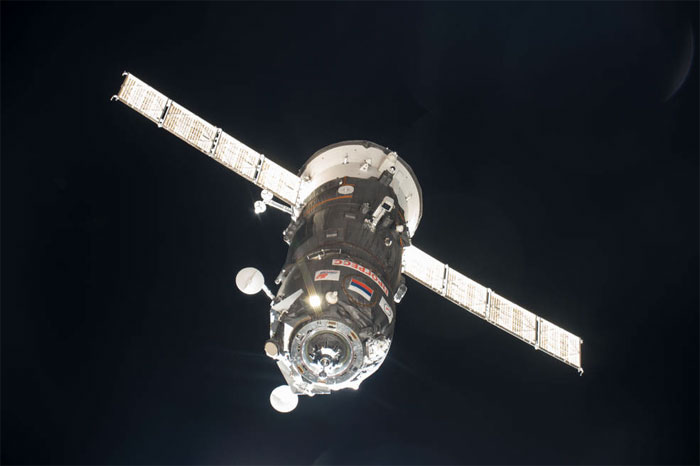 NASA Television will provide live coverage of the next launch and docking of an unpiloted Russian cargo spacecraft, Progress 61, to resupply the International Space Station Thursday, Oct. 1. NASA TV coverage will begin at 12:30 p.m. EDT.
ISS Progress 61 is scheduled to launch from the Baikonur Cosmodrome in Kazakhstan at 12:49 p.m. EDT (10:49 p.m. Baikonur time) on a fast-track, four-orbit journey to the orbital outpost.
Loaded with more than three tons of food, fuel and supplies for the Expedition 45 crew, the new Progress is scheduled to automatically link up to the rear port of the Zvezda service module about six hours after launch at 6:54 p.m. NASA TV coverage of rendezvous and docking will begin at 6:15 p.m.
The Progress will spend two months at the station before departing in early December for its deorbit into Earth’s atmosphere where it will burn up with a load of station trash over the Pacific Ocean.
-
Update: 1.10.2015 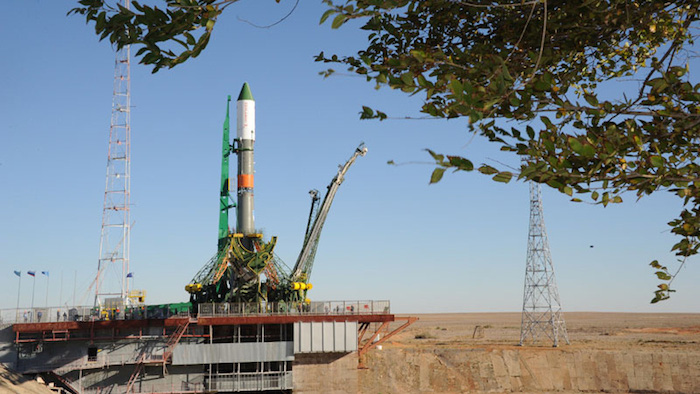 Russia launched an unmanned cargo ship Thursday (Oct. 1) on a speedy mission to deliver tons of fresh supplies to a waiting crew on the International Space Station.
The cargo ship, called Progress 61, blasted off atop a Russian Soyuz rocket at 12:49 p.m. EDT (1649 GMT) from the Baikonur Cosmodrome in Kazakhstan, where it was late Thursday night local time. If all goes well, the spacecraft will spend six hours in flight, orbiting Earth four times as it chases the space station.
. 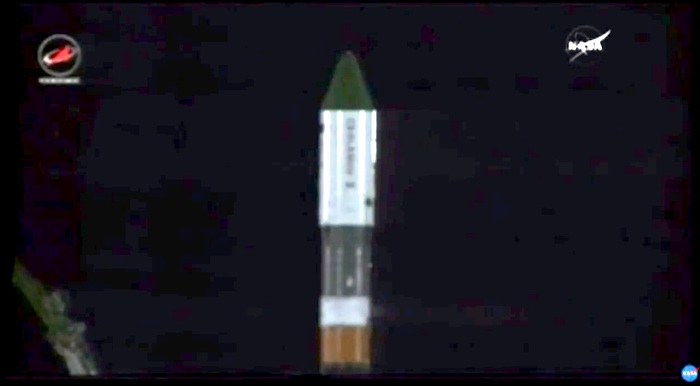 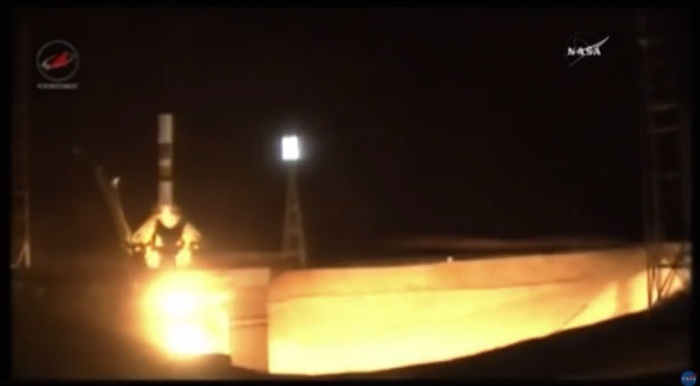 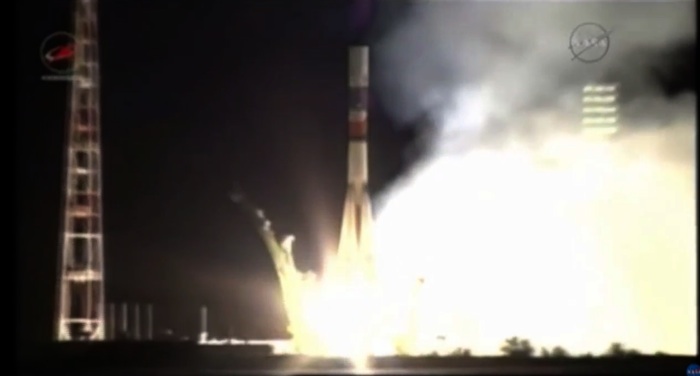 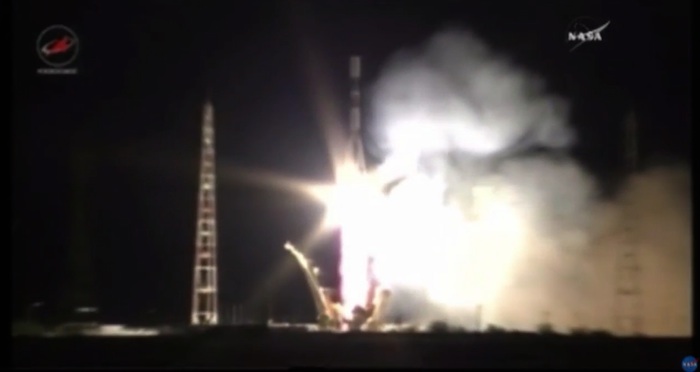 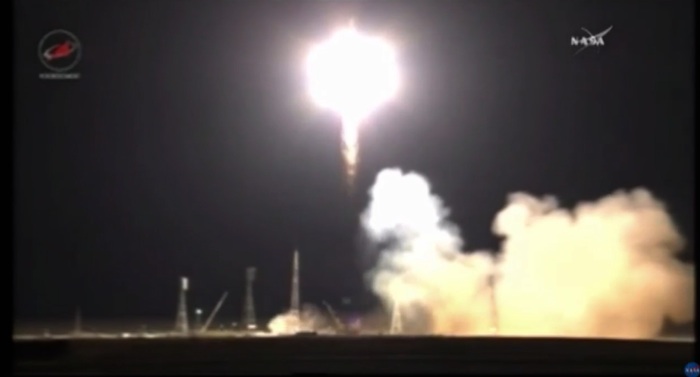 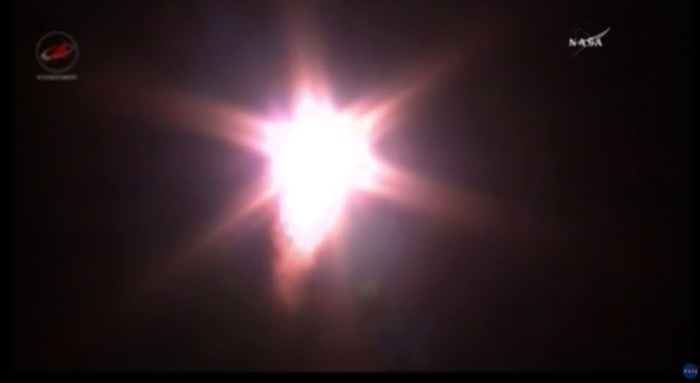 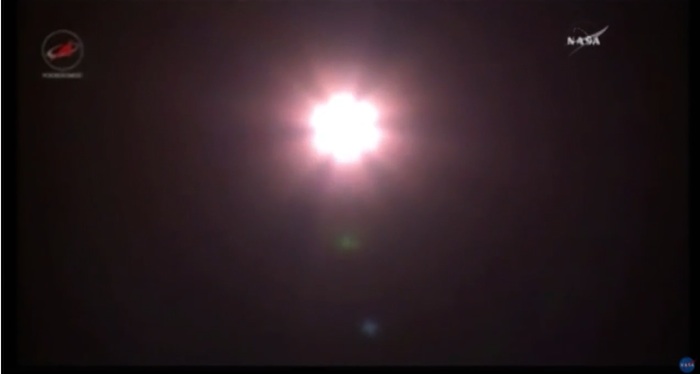 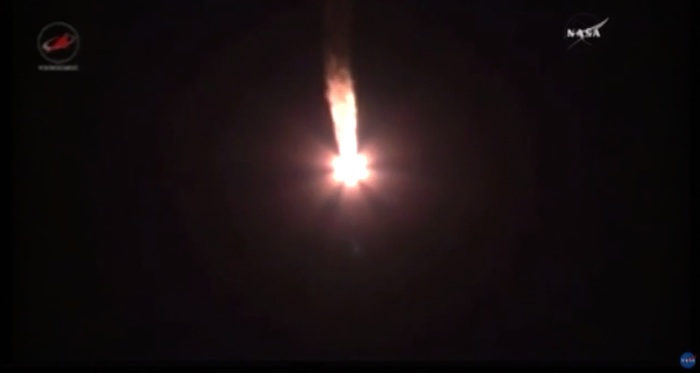 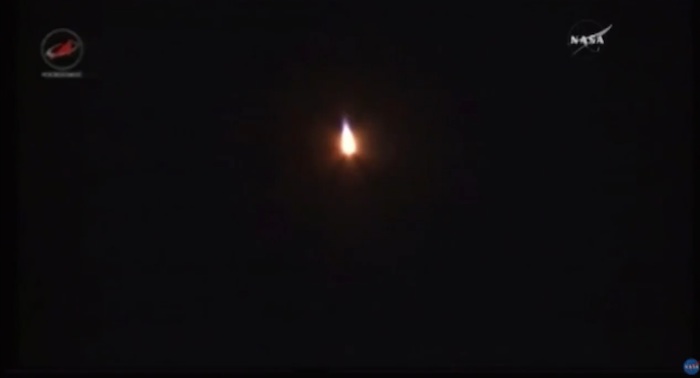 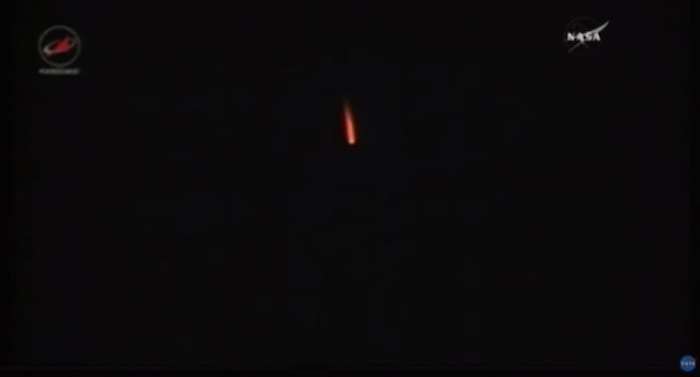 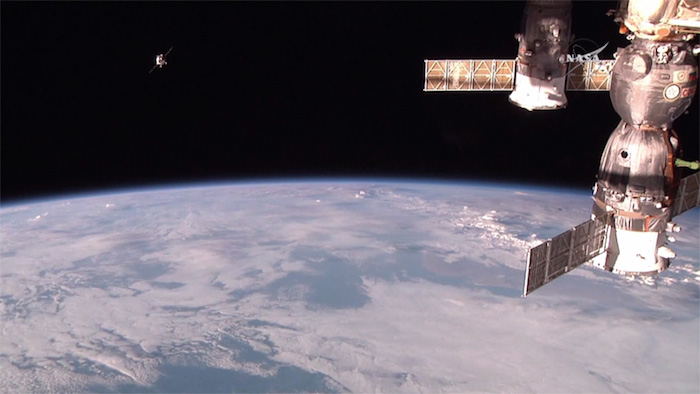 A high-definition camera on the International Space Station spots the Progress 61 resupply vehicle (upper left) just minutes before it docked to the Zvezda service module. Credit: NASA TV
Traveling about 252 miles over the North Atlantic, the unpiloted ISS Progress 61 Russian cargo spacecraft docked to the rear port of the Zvezda Service Module on the International Space Station at 6:52 p.m. EDT.
The spacecraft is delivering more than three tons of food, fuel and supplies, including 1,940 pounds of propellant, 110 pounds of oxygen, 926 pounds of water, and 3,397 pounds of spare parts and experiment hardware for the members of the Expedition 45 crew currently living and working in space.
Progress 61 is scheduled to remain docked to ISS for the next two months.
. 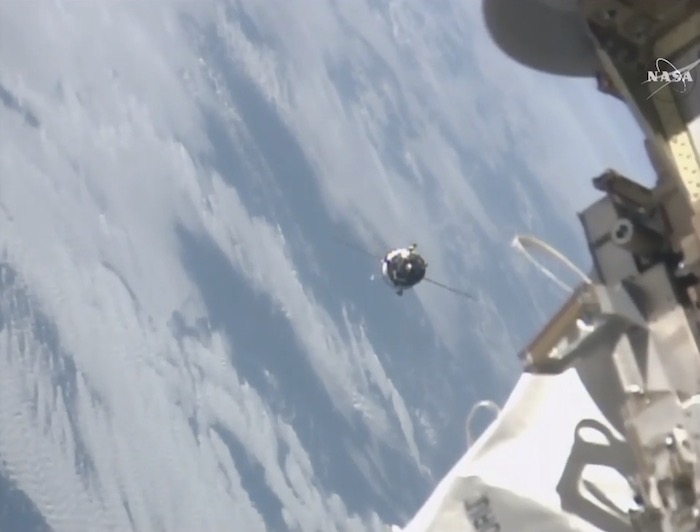