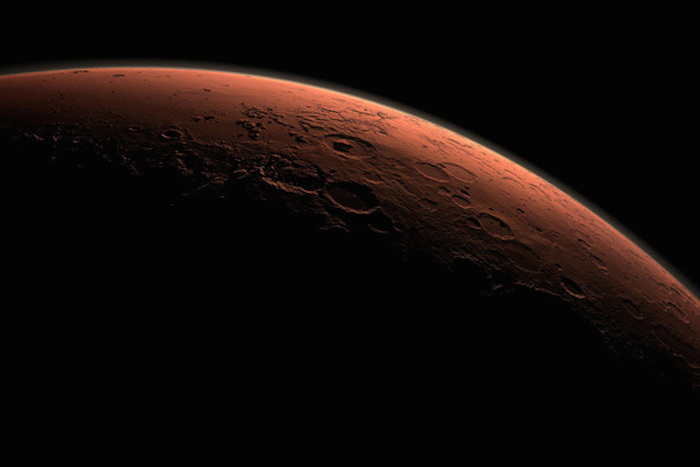 Supposedly Mars will appear in the night sky Thursday night like Earthlings have never seen before – equal in size to the moon.

In what has become an annual tradition, a hoax is circulating on social media and email chains saying that on Thursday night “Mars will look as large as the full moon” and “no one alive will ever see this again.”
If you do happen to go outside looking for Mars tonight, don’t be surprised if you see absolutely nothing. Zilch. Zero. Nada.
Unfortunately, the red planet will be more than 150 million miles away from home and simply not in the night sky that day.What’s curious is why this hoax has persisted all these years. NASA's public relations department has been repeatedly debunking the myth for years.
Mars has been an object of human fascination since its discovery, from the Roman god of war to H.G. Wells’ War of the Worlds, the planet’s similarities to Earth gives it a special place in the celestial pantheon.
"When you put it in the perspective of, Mars may have had life at some point, or Mars is this complete other world that we've sent spacecraft to, maybe the idea that Mars will be as big as the moon doesn't sound so crazy," Joshua Bandfield, a senior research scientist at the Space Science Institute and the University of Washington, told Live Science.
The hoax actually does have its origins in actual science, well kind of. In 2003, Mars and Earth actually did have quite a close visit, astronomically speaking of course. On Aug. 27 of that year, Mars was less than 35 million miles away, which was the closest the two planets have pulled together in 60,000 years.
Apparently, some over-eager amateur scientist heard this fact, and, with a few choice misunderstandings and a hefty use of the forward button, the hoax spread into inboxes across the country.
Some people have made the argument that if you follow the Mars hoax to the letter, namely using a backyard telescope to magnify the view 75 times, that it does look the same size as the moon.
But even with the extra telescopic help, it simply won't work.
The hoax also got a bit of a revival in 2005, when Earth and Mars again had a close encounter, prompting another NASA public information blitz.
As technology has evolved, so have the ways that the Mars hoax has spread. More recently, Facebook and Twitter have become the preferred medium for perpetuating the myth. In this year’s edition, a doctored photo showing two moon-size objects over some temple-like structure is providing an illustration for the hoax.
Mars will be more visible in September, but as a tiny bright dot over the horizon that rises sometime around dawn. A bit less exciting than the hoax, though still interesting for astronomy buffs.
People who do want to get an up-close and personal view of the red planet, and Matt Damon, could turn to theaters in October to see the upcoming Ridley Scott film "The Martian.”
Or for a more physical encounter, there’s always the Orion spacecraft being developed by NASA, which is planning to take a manned journey to the planet sometime in the mid 2030s.
Quelle: The Christian Science Monitor
Astronomie
2065 Views
Created with page4