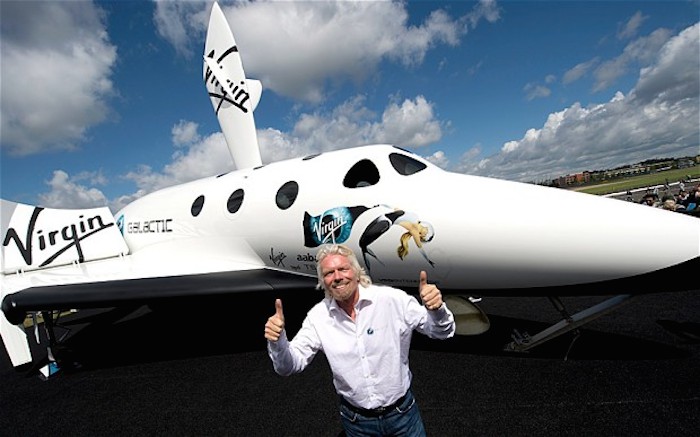 Virgin Galactic's “future astronaut” numbers have almost recovered after dropping in the wake of its fatal accident in the Mojave Desert last year, according to chief executive George Whitesides.
Last year, the number of people signed up for a $250,000 (£160,000) seat aboard SpaceShipTwo, which offers a brief stint in sub-orbital space at an altitude of 62 miles, was estimated to be as many as 750.
• Virgin Galactic boldly goes into small satellites, telling future astronauts 'you have to wait'
Within weeks of the accident in October 2014, in which co-pilot Michael Alsbury lost his life during a test flight of the space craft, around 30 people had cancelled their tickets.
“We have only lost about 3pc now and we’re already making up those numbers,” Mr Whitesides told The Telegraph. “Our early customer group has been quite firm.”
Over the past six months, Virgin Galactic has quietly reshaped its business model to focus on the burgeoning small satellite launch market, which it estimates will be equally valuable.
In the wake of the accident, Virgin Galactic informed ticket holders it would be unable to give a set date for the first space tourism flight. This announcement followed years of delays. When Sir Richard Branson founded the company in 2004, he claimed that the first launch would take place by 2009.
“It’ll be ready when it’s ready,” Mr Whitesides said. “We’re communicating with our customers about progress in terms of milestones as they happen.”
A number of academics and research institutions plan to conduct experiments on board, including Dr Rob Ferl from the University of Florida, an expert in the field of space biology.
He admitted the ongoing doubt over the launch date was a “problem”. “In the academic science setting we have to move quickly through our projects to educate our students and meet the goals of our research grants,” he said.
He added he remained “supportive” of Virgin Galactic.
Whitesides, a former NASA chief of staff became a customer of Virgin Galactic in 2005, five years before he joined the company, buying tickets for himself and his wife. “I identify with our customer base,” he said. “Many of them view themselves not as customers but as people enabling the thing that will change the world.”
The new SpaceShipTwo will be ready to test by the end of the year, Virgin Galactic said.
Quelle: The Telegraph
Raumfahrt
2258 Views
Created with page4