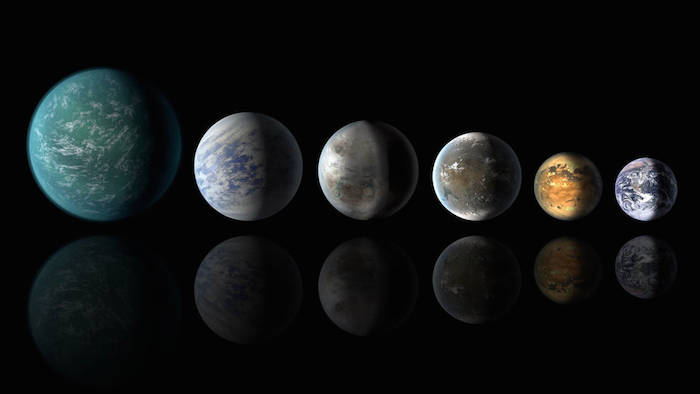 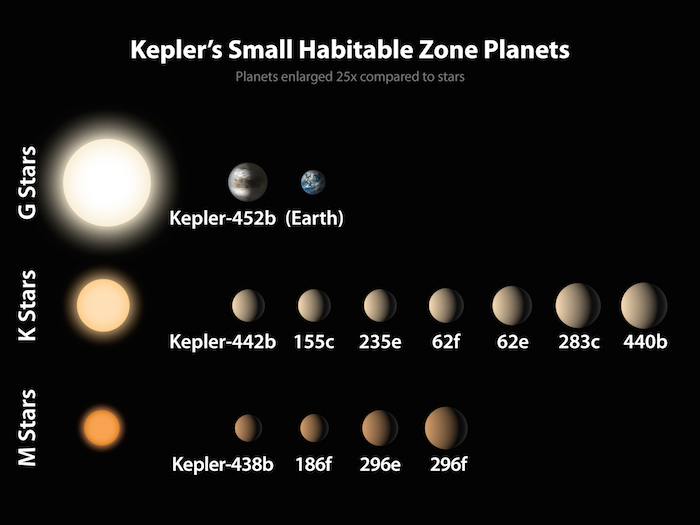 Of the 1,030 confirmed planets from Kepler, a dozen are less than twice the size of Earth and reside in the habitable zone of their host stars. In this diagram, the sizes of the exoplanets are represented by the size of each sphere. These are arranged by size from left to right, and by the type of star they orbit, from the M stars that are significantly cooler and smaller than the sun, to the K stars that are somewhat cooler and smaller than the sun, to the G stars that include the sun. The sizes of the planets are enlarged by 25 times compared to the stars. The Earth is shown for reference.
Credits: NASA/Ames/JPL-Caltech
Quelle: NASA
Astronomie
« Zum vorherigen Eintrag Zum nächsten Eintrag »
2600 Views
Created with page4