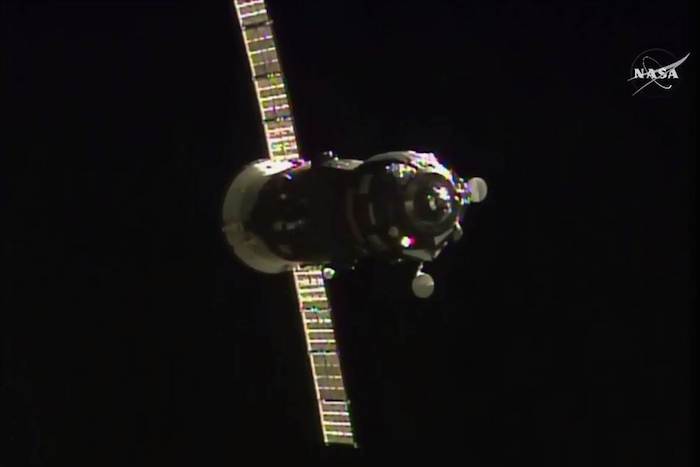 The International Space Station's crew received a much-needed care package on Sunday, in the form of a robotic Russian Progress cargo capsule filled with more than three tons of essentials, experiments and other goodies.
The delivery at 3:11 a.m. ET, two days after the Progress was launched from Russia's Baikonur Cosmodrome in Kazakhstan, was particularly welcome because the previous two robotic resupply missions failed. That forced the crew to miss out on five and a half tons of cargo.
"Guys, congratulations, your cargo vehicle has arrived," Vladimir Solovyov, who's in charge of the space station's Russian segment, told the station's cosmonauts from Russian Mission Control near Moscow just after Sunday's docking.
"It just feels like Christmas in July," one of the Russians replied. "The presents are here."
. 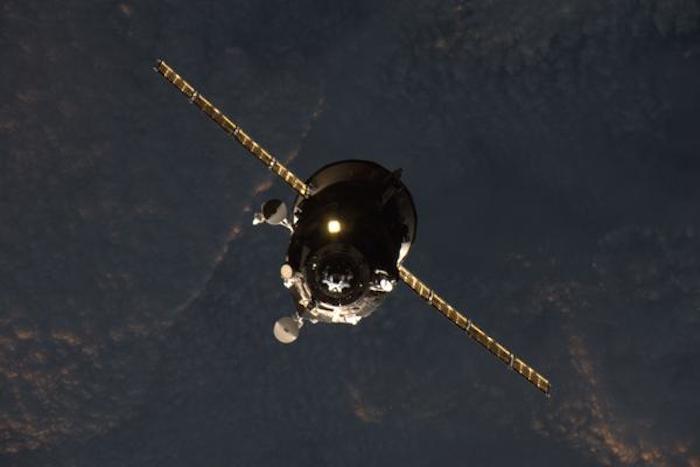 Folgen
Scott KellyVerifizierter Account
‏@StationCDRKelly
The third time's the charm as the say! #Progress60 arrives overnight. Great news. #YearInSpace (with supplies!)
.
The Progress delivered almost a ton of propellant, half a ton of oxygen and water, and more than a ton and a half of other supplies and experiments. The space station's crew — including NASA's Scott Kelly and Russia's Gennady Padalka and Mikhail Kornienko — will be unloading the goods during the days ahead.
The successful shipment came after April's failure of a Progress resupply mission, due to a design flaw in the Soyuz rocket's upper stage; and the loss of a SpaceX Falcon rocket and its Dragon cargo capsule shortly after launch a week ago. The investigation into the SpaceX failure — the company's first major setback since it started resupplying the space station in 2012 — could take months to complete.
The Progress craft's successful flight clears the way for three more crew members — NASA's Kjell Lindgren, Russia's Oleg Kononenko and Japan's Kimiya Yui — to ride a Soyuz capsule to the station later this month. NASA says the station now has enough of a stockpile to see the crew through November, and a robotic Japanese HTV cargo transport is due to make yet another delivery in August.
Quelle: NBC-News
Raumfahrt
« Zum vorherigen Eintrag Zum nächsten Eintrag »
2125 Views
Created with page4