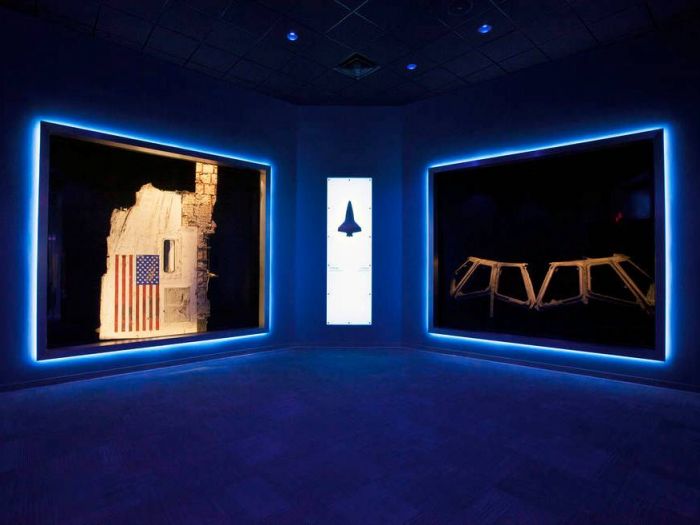 CAPE CANAVERAL, FL
A new exhibit at NASA's Kennedy Space Center in Florida memorializes the Space Shuttle Columbia, which broke apart over East Texas in 2003.
The 2,000 square foot exhibit, housed at the Space Center's visitor complex, features the personal effects of crew members and recovered shuttle hardware from both the ill-fated Columbia tragedy and the 1986 Space Shuttle Challenger explosion.
It marks the first time that artifacts from Columbia will be on display to the public. Much of the debris was collected by East Texas volunteers in a months-long recovery effort that began when the shuttle broke apart on February 1, 2003.
Columbia's seven-member crew perished just minutes before concluding their 16-day science mission with a landing at Kennedy Space Center. On board were Commander Rick Husband, Pilot Willie McCool, Payload Commander Michael Anderson, Mission Specialists Kalpana Chawla, David Brown and Laurel Clark, and Payload Specialist Ilan Ramon, Israel's first astronaut.
Forever Remembered was unveiled Saturday with a small ceremony attended by family of the 14 crew members of the two shuttles, as well as NASA officials and astronauts, according to a news release.
NASA administrator Charles Bolden opened the exhibit, which features the largest collection of personal items from both flight crews.
“The crews of Challenger and Columbia are forever a part of a story that is ongoing,” Bolden said. “It is the story of humankind's evolving journey into space, the unknown, and the outer-reaches of knowledge, discovery and possibility. It is a story of hope.”
The exhibit's curators say Forever Remembered is designed to be an emotional experience for visitors.
“It is our hope that by making them available for the public to view, we will help remind the world, that every launch, every discovery, every measure of progress, is possible only because of the sacrifice of those we have lost,” Bolden said.
Visitors enter the memorial exhibit to a display featuring the illuminated patches of both missions, STS-51L and STS-107, as well as the history of each orbiter.
Family members of the Columbia and Challenger crews donated personal items for individual collections lining each wall. Each tribute highlights the personalities and achievements of crew members.
Evelyn Husband Thompson loaned her husband's cowboy boots and Bible. Rick Husband, an Amarillo, Texas native, commanded Shuttle Columbia's final flight.
“I knew it would be very emotional to see, but honestly, I didn't expect to be so impacted by it. I just can't stop thinking about it. As you walk in, you know you're in a special place,” Husband said.
At the end of the first hall, a small gallery gives visitors a glimpse of the damage to shuttle hardware -- a section of Challenger's fuselage displaying the American flag and the flight deck windows of Columbia, placed at eye level.
Forever Remembered concludes with displays featuring the recovery and return-to-flight efforts, as well as a video of school children reading letters of hope.
. 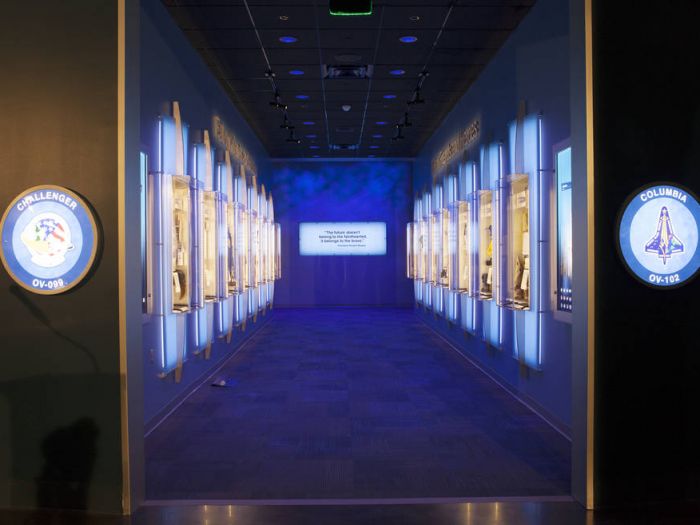 The exhibit features the largest collection of personal items of the 14 crew members of the two ill-fated shuttle missions. (Source: NASA)
. 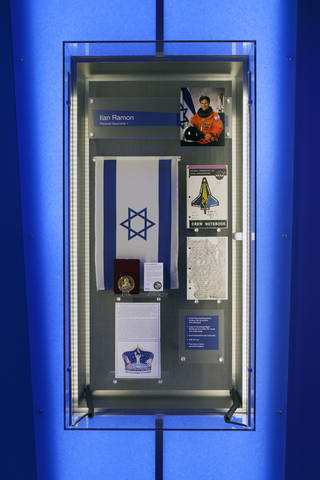 Each astronaut is memorialized with a display showcasing their personalities and achievements. (Source: NASA)
Quelle: KLTV
---
Raumfahrt
2456 Views
Created with page4